President Donald Trump's blessing of territorial annexation is nothing less than a reward for government-sanctioned 'Wild West' settler violence and appropriation as illustrated by the small percentage of indictments for criminal acts committed against Palestinians on the West Bank. 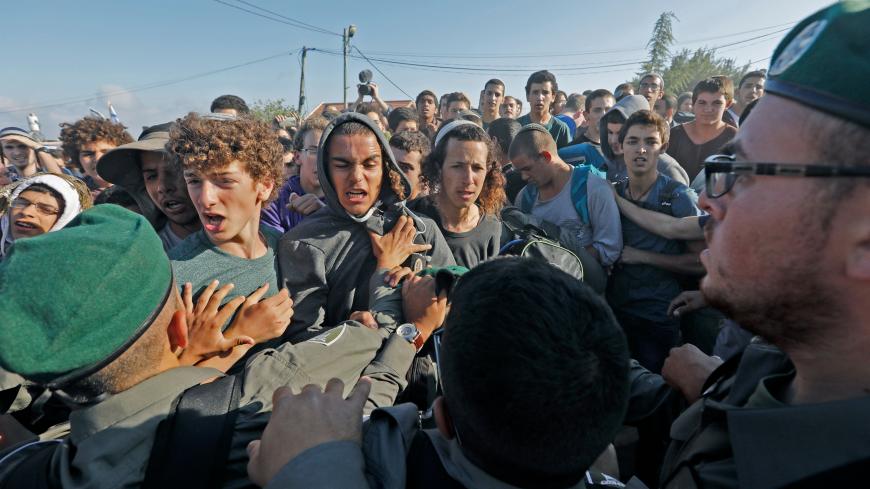 As expected, the Palestinians rejected out of hand President Donald Trump’s “deal of the century” and obtained the blessings of the Arab League in doing so. The chilly responses to the plan by Russia and the European Union were also foregone conclusions. Trump special adviser and son-in-law Jared Kushner was quick to clarify that implementation of the “plan” would be suspended until after the March 2 elections in Israel, but would that really change anything?

The coalition government formed after the elections may not have a majority keen to implement the plan. Prime Minister Benjamin Netanyahu’s “natural partners,” namely, Naftali Bennett and his Yamina party, can’t even hear the word “Palestine.” Meanwhile, Blue and White leader Benny Gantz announced his support for the plan as a basis for negotiations with the Palestinians, but how can one negotiate with a party that was never included in the deal in the first place? To conduct real negotiations to resolve the conflict, an honest broker must be engaged. Anyone who dares claim that Trump is an honest and impartial mediator in the Arab-Israeli conflict should prepare for a White House attack of venomous tweets and rightly so.

No other word better describes the US administration’s pro-Israel bias more than “terrorism.” It appears no fewer than 63 times in the 181 pages of the American blueprint posted online, and without exception, each and every time refers to Palestinian terrorism. The need to protect Israel’s citizens from Palestinian terror is the root of the plan. It requires the demilitarization of any future Palestinian state and demands that Hamas and other Palestinian organizations be disarmed, stipulates closer intelligence sharing with neighboring Arab states and, of course, Israeli security control over the entire area from the Jordan River to the Mediterranean.

No Israeli politician or Palestinian pundit would bet money on the realization of the deal of the century. On the other hand, security officials on both sides believe the plan’s humiliation of the Palestinian leadership and its dominant component, the Fatah movement, will prompt a wave of terrorism in the West Bank and perhaps in Israeli cities as well. In parallel, experience has shown that Jewish terrorists seeking to force the Palestinians out of the “God-given Land of Israel” will not lay down their arms either.

This month marks the 26th anniversary of the massacre of 29 Palestinian worshipers by a Jewish terrorist at the Tomb of the Patriarchs in Hebron. Baruch Goldstein’s spiritual heirs do not lack for weapons or motivation. They even enjoy legitimacy. Netanyahu himself gave the seal of approval to the radical right-wing politician Itamar Ben-Gvir, who counts himself among Goldstein’s admirers, and may even make him a member of the next Cabinet, if chosen to form it.

In August 2015, an arson attack in the West Bank village of Duma killed a Palestinian toddler, Ali Dawabshe, and his parents, and severely burned his brother Ahmed, who is still undergoing rehabilitation. Two years before that attack, in May 2013, Justice Minister Tzipi Livni and Public Security Minister Yitzhak Aharonovitch, with an eye toward right-wing extremists, had proposed to Netanyahu that people who commit hate crimes be declared members of a terrorist organization. Despite support by Shin Bet and the attorney general for the proposal, Netanyahu decided to make do with declaring them members of an “illicit organization.” What is the government of Israel doing to enforce the law against these so-called illicit organizations and to deter their non-terrorist members? Netanyahu has made due with the authorization he gave in 2012 for the establishment of a special unit within the Israeli police unit on the West Bank tasked with handling nationalist crimes.

The results of the unit's performance are presented in a December 2019 report by the human rights organization Yesh Din, according to which 248 of 273 (91%) investigations launched over the past five years ended without an indictment. Since Yesh Din's founding in 2005, the group has documented some 2,000 acts of violence, threats, property damage, arson, uprooting and other damaging acts to olive trees, vandalism against mosques, illegal takeovers of land and more. The web page “In First Person” provides an abundance of testimony by West Bank residents who witnessed or experienced acts of Jewish terror. The testimonies were compiled by local researchers and by Yesh Din volunteers who visited residents immediately after each event at the crime scene or at the victims’ homes.

The failure to locate the criminals or find sufficient evidence to prosecute them obviously does not reflect the true operational capacity of Israel’s law enforcement agencies — the army, police, Shin Bet and state prosecution — in the West Bank. The failure stems from the climate inspired by the commander in chief, for whom advancing the settlement enterprise takes precedence over the rule of law, especially as regards the “Wild West” laws governing Israel’s occupation of the Palestinian territories. Yesh Din argues that the policy of containing criminal settlers encourages continued violence and expropriation. It severely undermines the Palestinians’ human rights, chief among them the right to life and limb and to property and freedom.

Trump’s “peace plan” would leave 15 settlement enclaves planted in the middle of scattered Palestinian enclaves. As such, the plan constitutes a surefire recipe for the continuation of terror and of theft aimed at the Palestinians, who constantly suffer the violence of settler thugs sanctioned by the Torah and the government. The blessing given by the world’s largest power to the policy of territorial annexation is nothing less than a reward for violence.

A significant part of the lands on which the settlers live was stolen from their helpless Palestinian neighbors, all, of course, with the permission of Israeli authorities, if not their outright encouragement. The map appended to the surrender document that the United States is dictating to the Palestinians perpetuates the points of friction between Palestinian farmers and sheepherders and their settler neighbors, who do not recognize the right of non-Jews to inhabit the same land. The plan completely ignores the existence of Jewish zealots, acolytes of the Jewish terrorist from Hebron and students of the author of the obscene manuscript entitled “Torat Hamelech” (The Law of the King), a controversial rabbinical treatise permitting the killing of non-Jews under certain circumstances.

Since the plan is nothing more than a transparent election campaign ploy to keep Netanyahu in office, there is no need to exercise one’s imagination by describing the riot that would ensue if a young settler woman were to be arrested by the Palestinian police for possession of 9.5 grams of marijuana and sentenced to seven and a half years in prison (as was the case with Naama Issachar, who was freed last month from a Russian jail through Netanyahu’s intervention with President Vladimir Putin). What would Netanyahu give Palestinian President Mahmoud Abbas in return for the settler’s release? There is no need for a well-developed imagination to describe the events that would ensue on the day after implementation of the US annexation plan authored by Trump and Netanyahu.