Some pro-Iran factions of Iraq's Popular Mobilization Units are demanding that candidates for prime minister meet their standards. 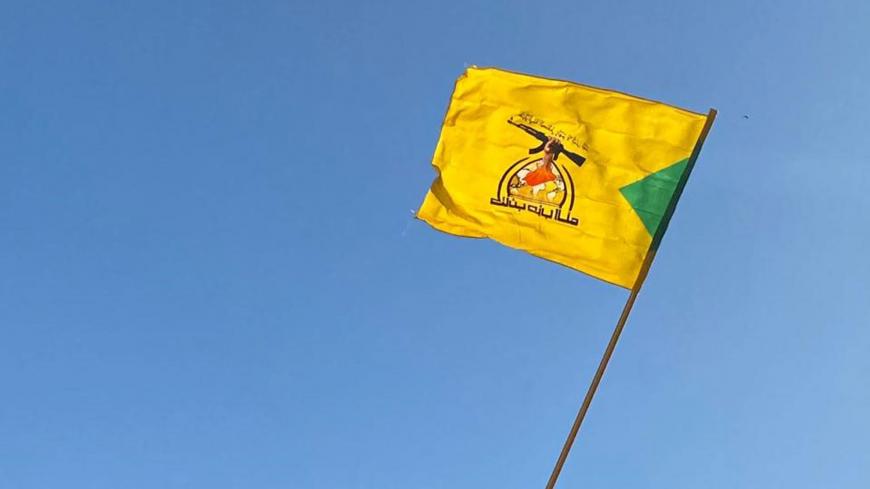 Seeking to maintain their representatives' influence in government, factions of Iraq's Popular Mobilization Units (PMU) have set conditions for selecting the next prime minister. Meanwhile, President Barham Salih told parliamentary blocs Jan. 29 to name a prime minister. He gave them until Feb. 1 to do so, saying that otherwise he would select a candidate himself.

The PMU is an Iraqi paramilitary coalition, but many of its factions support Iran. Qais al-Khazali, secretary-general of one of those powerful Iran-backed factions, Asaib Ahl al-Haq, specified in a Jan. 27 tweet the conditions for choosing the next prime minister. He noted that any candidate must be independent, must be exclusively of Iraqi nationality, must pledge to fulfill parliament’s decision of ousting foreign troops and must implement the "oil for reconstruction" agreement with China.

Kataib Hezbollah, another of the Iran-backed factions, had already listed its conditions for the next prime minister in a Dec. 17 statement calling for a candidate who can face “the Zionist-American-Saudi project in Iraq.”

“These conditions are being used by the PMU factions to ensure a balance of powers, which brought [Adel] Abdul Mahdi to the premiership," writer and political analyst Ihsan al-Shammari, director of the Baghdad-based Iraqi Center for Political Thought, told Al-Monitor. "His departure would shake this balance."

Abdul Mahdi resigned in November under the pressure of mass public protests calling for a new government. He remains a caretaker prime minister until a new one is selected.

"The conditions are among the obstacles the factions are using to hinder the selection of the next prime minister," Shammari continued. "These conditions have nothing to do with the demands of the protesters, who are calling for an independent figure who can liberate Iraq from its dependence on foreign countries.”

He described the PMU stipulations as political bumpers to protect the factions that want guarantees about the next prime minister's policies. “These conditions could also be aimed at securing some privileges, not only at the level of the Iraqi government, but also at the level of international bodies,” he said.

Shammari argued that the factions' conditions also don't align with the demands of many political forces. These forces, unlike the factions, aren't demanding that the Chinese agreement be implemented. This indicates that a foreign party intervened in setting these conditions.

He asserted that Khazali, through his list of conditions, seeks to entrench himself as a leader with influence, making it imperative to negotiate with him regarding Abdul Mahdi's replacement.

Contrary to this view, Mahmoud al-Rubaie, spokesman for the political bureau of Khazali's Asaib Ahl al-Haq, used the term “resistance movements” to describe the PMU factions. He told Al-Monitor that the conditions are consistent with the demands of peaceful protesters, who must be differentiated from gangs trying to implement the agendas of hostile countries.

Rubaie dismissed Salih’s deadline to select a prime minister. “The president of the republic is not entitled to choose any candidate, and his role is limited to receiving the names of the candidates proposed by the concerned parties,” he said.

Political analyst Nazar Haidar, who heads the Iraq Media Center in Washington, told Al-Monitor that although political forces and influential parties insist on setting requirements for the next premier, “only the people, and the protesters in particular, are the ones who have the right to set conditions for naming the new prime minister."

“Where have they been since the resignation of the current government?” Haidar asked. “Doesn't that mean that they are setting conditions to prevent the nomination of the new prime minister?”

Meanwhile, a dispute between Salih and the PMU reached a head after Salih refused to assign as prime minister the candidate of the Iran-backed al-Bina coalition, Asaad al-Eidani. At the time, Kataib Hezbollah accused Salih of yielding to the US desire to reject the candidate proposed by al-Bina, which claims to be the largest parliamentary bloc.

Asaib Ahl al-Haq spokesman Naim al-Aboudi told Al-Monitor, “It is important for the prime minister to have the characteristics imposed by the PMU factions to be a strong leader who is not affiliated with current political forces and who meets people’s demands.”

Abbas Abboud, former editor-in-chief of Iraq's official newspaper, al-Sabah, told Al-Monitor political blocs "no longer have the final say in determining the character of the prime minister because the public is influential and strong and can't be tamed easily."

He said early elections, if they happen, may "turn the tables on current forces, perhaps, and settle matters in favor of the public.”

Abboud added, however, “Political forces can pull the rug from under the protesters’ feet with their political experience in managing conflicts." As for the PMU, its conditions "constitute a reminder that the resistance and factions have a strong presence.”

All these forces want what they want. The PMU factions are intervening in the choice of prime minister by imposing their conditions, at a time when protesters are calling for a prime minister that pleases them. Meanwhile, political blocs are singing a similar tune.