What is role of Haraket Hezbollah al-Nujaba in uniting PMU?

The assassinations of Soleimani and Muhandis are changing the relative weights of Iraqi factions under the umbrella of the Iran-led "axis of resistance"; Harakat Hezbollah al-Nujaba is playing a greater role in bridging gaps between rival Shiite actors. 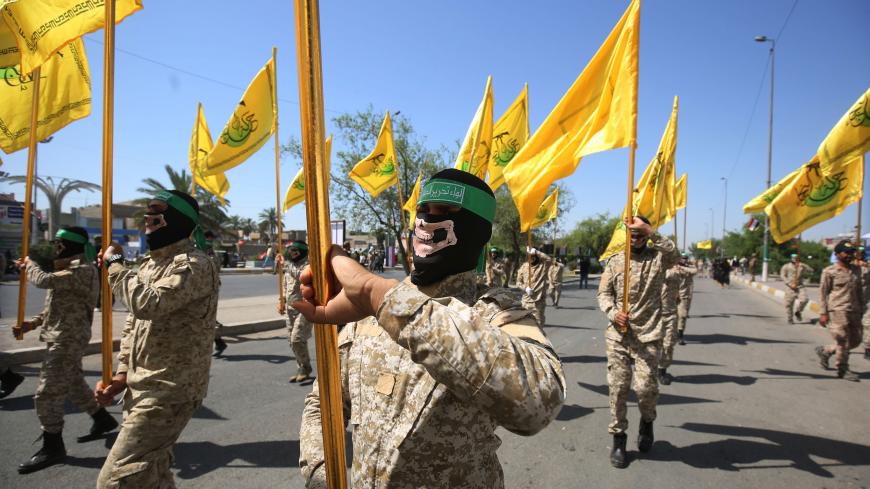 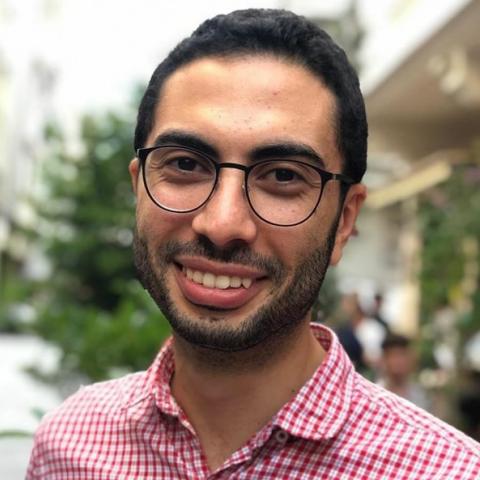 The Jan. 24 demonstrations against US forces where Iraqi cleric Muqtada al-Sadr called on his followers to pull out of anti-government protests likely received an assist from Harakat Hezbollah al-Nujaba. The movement has been seeking to bridge gaps between a variety of rival Shiite movements following the assassinations of Abu Mahdi al-Muhandis, the deputy chief of the Popular Mobilization Units (PMU), and Maj. Gen. Qasem Soleimani, the commander of the Quds Force of Iran's Islamic Revolutionary Guard Corps.

Harakat Hezbollah al-Nujaba has been gaining greater prominence in part because of the appearances of its general secretary, Akram al-Kaabi, with Brig. Gen. Esmail Ghaani, Soleimani's successor. In the first week of January, a photo was circulated of Kaabi with Ghaani; this was one of the first of an Iraqi leader from the Iran-led "axis-of-resistance" with Ghaani and reflected Kaabi’s continued commitment to the Quds Force. Kaabi was also pictured with Soleimani several times in recent years.

A year ago, the group, Kaabi and Al-Nujaba TV were named specially designated terrorists by the United States.

After Muhandis and Soleimani were killed, Kaabi was pictured with Sadr at a high-ranking meeting held in Kaabi’s office in the Iranian city of Qom. Al-Monitor learned from a source close to the Harakat Hezbollah al-Nujaba office that other Iraqi militant figures such as the general secretary of Kataib Sayyid al-Shuhada, Abu Ala al-Walai, also attended. At the meeting, Walai — who is under consideration to be sanctioned under the US Global Magnitsky Human Rights Accountability Act — also represented other factions, Ansar Allah al-Awfiya, Kataib al-Imam Ali and Kataib Jund al-Imam. The deputy general secretary of Asaib Ahl al-Haq, Laith al-Khazali, attended the meeting on behalf of its general secretary, Qais al-Khazali (this month, the Khazalis were also named specially designated terrorists). The meeting included other pivotal figures such as Hadi al-Amiri, the general secretary of the Badr Organization, and representatives from Kataib Hezbollah.

This high-ranking meeting aimed to create a united front against the presence of the United States in Iraq. Nasr al-Shammari, the assistant general secretary and spokesperson for Harakat Hezbollah al-Nujaba, announced the meeting 24 hours ahead of time, according to Lebanese Hezbollah’s Al-Manar Channel. Informed sources close to the PMU told Al-Monitor that the Qom meeting yielded positive results in terms of agreements and creating a state of consensus between factional leaders and representatives of resistance factions.

The increased visibility of Kaabi, whether with Ghaani or in proximity to Sadr in the meeting mentioned above, is believed to reflect a special role for Harakat Hezbollah al-Nujaba in facilitating the reorganization of Iraqi factions of the Iran-led ‘axis of resistance’ in the post-Soleimani/Muhandis era. With both leaders gone, there is a need for the facilitation of talks and mediation channels to resolve routine differences and disputes between resistance factions — and it is believed that Harakat Hezbollah al-Nujaba has become a channel for this.

Sadr has often been on the opposite side of pro-Iran groups.

A senior adviser in a news outlet associated with the resistance axis told Al-Monitor that while Muhandis' Kataib Hezbollah militia had been a key facilitator between Iraqi factions, Harakat Hezbollah al-Nujaba has been "assuming this role lately." However, Kataib Hezbollah was still described as the “central nervous system of" Quds Force influence in Iraq.

Playing the role of an inter-factional facilitator and mediator in the case of Harakat Hezbollah al-Nujaba rests upon a number of comparative advantages that the entity and Kaabi have over other existing factions.

This month, Shammari spoke with Al-Monitor about the entity’s vision for itself in the post-Soleimani/Muhandis era. Shammari said, “His eminence Sheikh al-Kaabi and Harakat Hezbollah al-Nujaba do not seek to lead other factions, but rather we aspire to a facilitating role in bridging gaps and unifying the factions’ efforts to counter the arrogance of the American administration and its occupying forces.” Shammari added, “Maybe what intercedes for us in playing this role is the substantial acceptability of his eminence Sheikh al-Kaabi and refraining personally and organizationally from political polarization and party politics, and apparently he is realizing satisfying successes in this realm, which is not the first move to unify efforts. This [effort] would not have succeeded without the generous attitude of Sayyed al-Sadr and the mujahid brothers among the leaders of Iraqi resistance factions.”

Harakat Hezbollah al-Nujaba appears well-suited to its role as a facilitor because of its strong connections with both the Sadr movement and the resistance factions and Kaabi's ability to convey messages between the two sides. Shammari said, “Relations between Iraqi factions are positive overall; they do not need a mediator so much as they need coordination. Perhaps pertaining to his eminence Sayyed al-Sadr, continued communication is needed.”

The rising leverage of Harakat Hezbollah al-Nujaba could be accompanied by an expanded military role for it in Iraq and beyond, such as in Syria. The 12th brigade in the PMU belonged to Harakat Hezbollah al-Nujaba, but was disconnected from the movement and handed over to the PMU after Prime Minister Adel Abdul Mahdi’s executive order in July to integrate the PMU into the Iraqi armed forces, Shammari told Al-Monitor in September. In Syria, the movement has a presence through its Liwa Ammar bin Yasir Brigade. According to an interview with a Syrian fighter in the brigade conducted by Aymenn Jawad Al-Tamimi that was published in October, the brigade has been engaged in Aleppo, Deir ez-Zor, Idlib, Daraa and the Syrian capital, Damascus.

However, a senior adviser in a news outlet associated with the resistance axis told Al-Monitor on condition of anonymity that Harakat Hezbollah al-Nujaba's role as a facilitator between Shiite factions has no relation to the group's military role in Iraq or beyond.