Iranians' outrage continues unabated since their government admitted to shooting down a Ukrainian plane, killing 176 people. 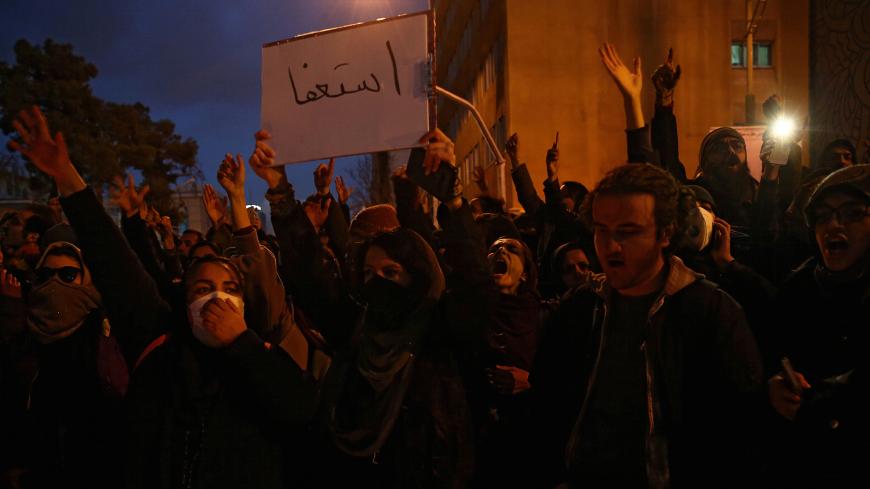 Iranian people gather to show their sympathy for the victims of the crash of the Ukrainian passenger plane in Tehran, Iran Jan. 11, 2020. - Nazanin Tabatabaee/WANA (West Asia News Agency) via REUTERS

Protests have continued for a third night after Iranian officials took responsibility for accidentally shooting down a passenger plane in Tehran and killing 176 people.

Protests have taken place at Amir Kabir University and Sharif University of Technology, which lost current or former students in Flight 752. Among the victims were a number of university professors, PhD holders, medical doctors and students.

In support of the protests that reached a dozen cities in criticism of the government, a number of artists have pulled out of the Fajr Visual Arts Festival. They include nearly two dozen cartoonists and well-known Iranian filmmaker Massoud Kimiai, who wrote on Instagram, “People are enduring a lot of hardship.”

Iranian authorities have said they will continued to investigate the downing of the plane and hold those responsible accountable. According to the Islamic Revolutionary Guard Corps' Aerospace Force commander Amir Ali Hajizadeh, the Ukrainian-owned Boeing plane was misidentified as a US cruise missile. Hajizadeh said that a jammed communication line resulted in the decision that led to the shooting down of the plane.

Ayatollah Ebrahim Raisi, the head of Iran’s judiciary, said that the investigation is ongoing and that Iran’s Foreign Ministry and human rights commission would pursue a legal case against the United States for the killing of Quds Force commander Qasem Soleimani in Baghdad.

Many of the protesters have demanded resignations and legal punishment for those responsible for shooting down the plane. A number of Iranian media outlets published reports that Ali Shamkhani, secretary of the Supreme National Security Council, would be forced to resign over the plane crash. According to the report, Shamkhani will be held responsible for the delay in taking responsibility, a major source of the public's anger. The report also claimed that Shamkhani was the individual responsible for not grounding passenger planes when Iran launched missiles at a US air base in Iraq in retaliation for the killing of Soleimani.

Tasnim News Agency denied the news that Shamkhani would resign. It reported that the council's responsibilities did not include those that resulted in the plane crash. Tasnim and other media platforms have criticized rival media outlets for their coverage of the plane crash, accusing them of aligning themselves with US President Donald Trump and trying to make partisan gains from the tragedy.