Iran says plane crash investigation will be made public

Iran’s defense minister said the investigation into the Ukraine plane shooting is ongoing but will be made public. 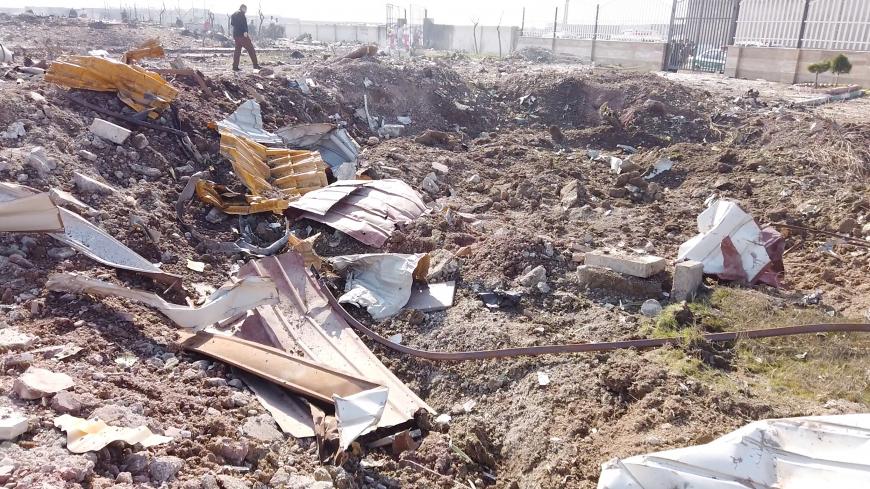 A general view of the debris of Ukraine International Airlines Flight 752, a Boeing 737-800 plane that crashed after takeoff from Iran's Imam Khomeini airport, on the outskirts of Tehran, Iran, Jan. 8, 2020, is seen in this screen grab obtained from a social media video. The plane was mistakenly shot down by Iran. - REUTERS

Iranian Defense Minister Amir Hatami said the country’s investigation into the accidental shooting down of a passenger plane will be made public. “By the strict orders of the commander in chief [Ayatollah Ali Khamenei] and the other heads of the government the dimensions of this bitter incident will be presented to the people,” Hatami said Jan. 23 at a ceremony commemorating the armed forces.

On Jan. 8, after Iran had launched missiles at the US Ain Al-Assad base in Iraq, surface-to-air missiles were launched at the Ukrainian plane, killing all 176 people on board. The Civil Aviation Organization of Iran later said that Russian-made Tor-M1 surface-to-air missiles were used in the accidental downing of the plane; the Islamic Revolutionary Guard Corps said the plane had been mistaken for a US cruise missile.

The investigation should examine the reason the passenger plane was downed and why flights were not grounded after the Iranian missile strikes, which took place in retaliation for the US killing of Islamic Revolutionary Guard Corps Quds Force commander Qasem Soleimani. Hatami said, “The hard slap the [Iranian] armed forces gave American forces was conducted at the highest standards as far as timing, quality and precision of missiles.”

At the ceremony, Hatami said Soleimani had brought “national cohesion, unity, and strength to the international scene.” Kayhan newspaper editor Hossein Shariatmadari, who was named to his post by the supreme leader’s office, also recently addressed Soleimani’s legacy during a speech at a Basij base. “With his martyrdom, Soleimani became alive again,” Shariatmadari said. He called Soleimani’s death “a turn in history.”

Shariatmadri said the large turnout for Soleimani’s funeral had a number of messages for the world, with the main one being that “the Islamic Revolution is alive.” But many of those in attendance at the funeral likely would disagree with this particular assessment, seeing the general as a nationalist figure rather than a religious one.

Shariatmadari, whose conservative newspaper also opposed the nuclear deal between Iran and the five permanent members of the UN Security Council plus Germany, which was pursued by President Hassan Rouhani and his administration, also used Soleimani’s death to score partisan points. “Through fighting, Soleimani was able to lift the shadow of war from over our heads, not through negotiations,” Shariatmadari said. Soleimani never spoke about the Joint Comprehensive Plan of Action (JCPOA) but video has surfaced of him warning against a JCPOA 2, in which the United States and Western countries would seek to negotiate with Iran on its missile programs and regional policies.

Soleimani was one of the more well-known Iranian generals in Western media, due to the number of articles written about him in Western press and also an Iranian campaign to highlight his efforts in the fight against the Islamic State. His successor, Ismail Ghaani, was hardly known or heard of even in Iranian media before being appointed by Khamenei to take Soleimani’s position. Similar to Soleimani, since his appointment Ghaani has made a few comments, but was shown standing behind Khamenei at Soleimani’s funeral. Ghaani’s name recently popped up in Iranian media after Brian Hook, the US special representative for Iran, said Ghaani could meet the same fate as Soleimani.