Iranian leaders have vowed revenge after the killing of the Quds Force chief commander, Qasem Soleimani, by a US drone strike. 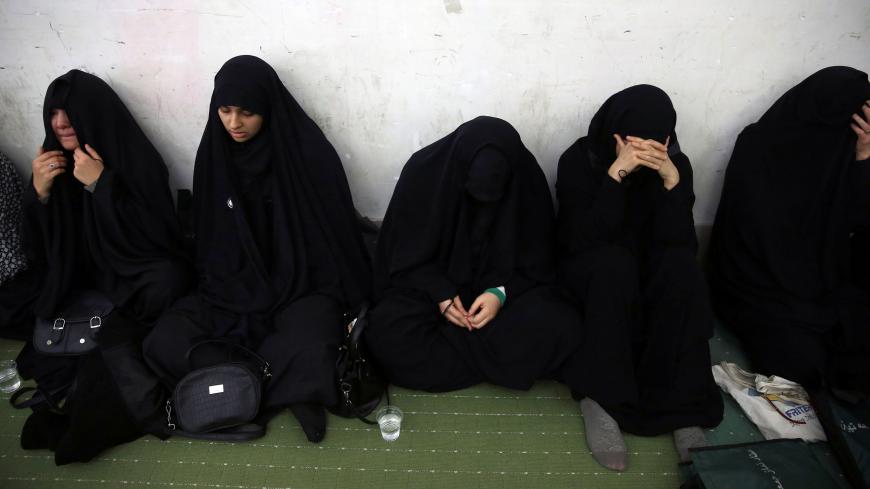 “The great and glorious commander of Islam is in heaven now,” began the statement issued by Khamenei after the news broke of Soleimani’s death along with the death of Abu Mahdi al-Muhandis, the deputy head of Iraq's Popular Mobilization Units, in the US drone strike. “For years he fought purely and bravely against the world devils and miscreants, and for years with the hope of martyrdom, finally dear Soleimani reached this grand post,” read the statement.

“With his absence … his path will not be suspended or closed, but there is severe revenge for criminals” who did this, the statement continued. He called Soleimani “an international resistance figure," adding "the path of resistance will continue with extra motivation” and “the absence of our dedicated and dear commander is bitter, but the continued struggle and reaching a final victory will make the palates of the murderers and criminals more bitter.”

President Hassan Rouhani also vowed revenge in his statement: “Undoubtedly, the Iranian nation and other free nations in the region will take their revenge for this crime." He called Soleimani’s killing “another shameful mark on the pages of this dismal country (the United States).” Iran’s Defense Minister Amir Hatami said of Soleimani’s killing: “An answer will be given such that the revenge on this blood spilled unrightfully will be taken on all the perpetrators.”

Iran’s Supreme National Security Council (SNSC) held an emergency meeting after the news of Soleimani’s death. There have been unconfirmed reports that Khamenei would personally attend an SNSC meeting for the first time.

In total, 10 people were killed in the attack that killed Soleimani. According to Iranian media, other Iranians who were killed include Maj. Gen. Hussein Jafari Nia, Lt. Col. Shahroud Mozaffari Nia, Maj. Gen. Hadi Tameri and Capt. Vahid Zamanian. There were early reports that Soleimani’s son-in-law was also killed, but those rumors turned out to be untrue.

Soleimani’s assassination took place early on the morning of Jan. 3. After Friday prayers, thousands of Iranians marched in the streets. Iranian media shared pictures of various cities holding mourning ceremonies both for Soleimani and Muhandis.

It is unclear how Iran will respond. Iran has proxies across the region, including in Iraq, Lebanon and Syria. The US State Department urged all US citizens to depart Iraq immediately. A direct military confrontation between Iran and the United States seems unlikely and too costly for Iran.

Soleimani will be a difficult public figure for Iran to replace. Unlike other Iranian generals and commanders, he was well-known in the region and on social media. The Islamic Republic built a cult of personality around him. He joined the Islamic Revolutionary Guard Corps at the age of 24 when the Iran-Iraq War started and was quickly given command of two battalions in his hometown of Kerman. After the war, Soleimani commanded an IRGC division that was responsible for maintaining security and combating smuggling. After the Quds Force was formed to act as an IRGC branch responsible for operations outside of the borders, Soleimani became its second commander.

Soleimani became well-known in the region primarily because of his influence on Iranian-backed militias in Iraq and Syria. His influence on Shiite groups fighting the Islamic State and other Salafist groups also made him an unpopular figure among regional foes who accused Soleimani of spreading sectarianism.