Iran’s Supreme Leader Ayatollah Ali Khamenei delivered the Friday sermon for the first time in eight years to address the important events in Iran over the last two weeks. 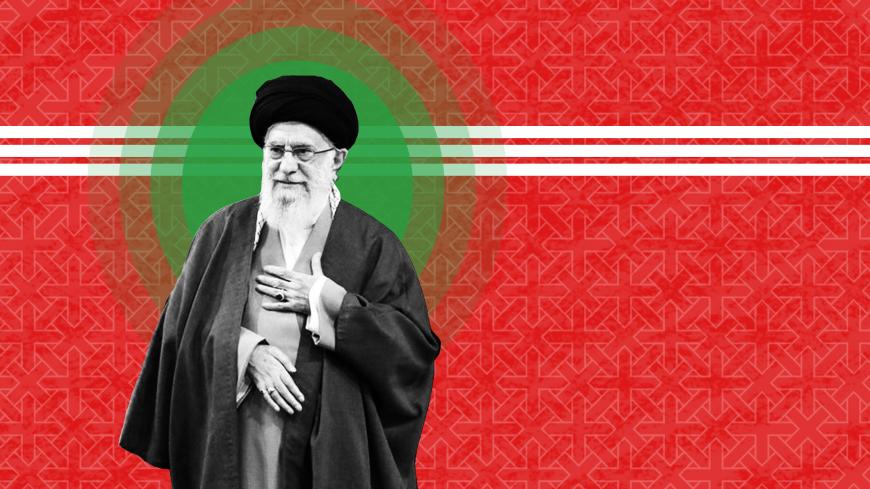 Iran’s Supreme Leader Ayatollah Ali Khamenei delivered the Friday sermon for the first time in eight years. He spoke about the assassination of Quds Force commander Qasem Soleimani, Iran’s missile attacks on the US base in Iraq, the shooting down of the Ukraine passenger plane in Iran and the subsequent protests.

Khamenei called the events of the last two weeks “bitter sweet” for Iran. He described the large turnout for Soleimani’s funeral in Iran a “a day of God,” a term from the Quran that suggests events or days in which God’s power can be witnessed, according to Khamenei. The missile strikes on the US Ain al-Asad base were also a “day of God,” Khamenei said.

Khamenei said that the large turnout for Soleimani’s funeral showed that Iranians are following the path of the founder of the Islamic Republic, Ayatollah Ruhollah Khomeini. This claim is contentious. Many Western media outlets, in their coverage of Soleimani's funeral, suggested that the large turnout was due to nationalism, in particular, Soleimani’s fight against the Islamic State in Iraq, and to feeling a sense of unity in the face of a foreign threat.

Khamenei called Soleimani “the strongest commander in fighting terrorism in the region.” His assassination has led to a scandal for the American government, he said, adding that the United States would not face Soleimani directly and that he was assassinated in a "cowardly" manner.

Khamenei described Iran's missile launch as "a strike on the reputation of America as a superpower.” Though the United States talked of issuing more sanctions on Iran, Khamenei said, America’s “loss of reputation cannot be returned” after the missile strike.

Khamenei addressed the importance of the Quds Force for the Islamic Republic, saying that it is not just a bureaucratic institution. They are “fighters without borders,” and “anywhere they are needed they will help the people of the region.”

The Quds Force technically operates under the Islamic Revolutionary Guard Corps (IRGC), but it was created to operate outside of Iran’s borders. Iran justified its advising of Iraqi soldiers and its rush to aid Baghdad and Erbil to fight the Islamic State as for the safety of Iran as well. “Part of the security of our country is the result of the efforts of our devoted youth who operated under Soleimani,” he said.

Khamenei criticized anti-government protests in Iran. Those who chant “neither Gaza nor Lebanon, my life for Iran” — a chant first heard in the 2009 post-election protests — have never given their life for Iran, he said. It was actually Soleimani and those who fought with him who gave up their lives for Iran. Given the high number of deaths in November protests, some online have criticized Khamenei's comments, suggesting that those protesters did indeed give up their lives for Iran.

Khamenei addressed the shooting down of the Ukrainian plane, which killed all 176 people onboard, calling it a sad and bitter moment. He said Iran’s enemies were happy about the crash, accusing them of trying to tarnish the achievements of the IRGC missile strike.