Intel: US uses Uighur crisis to sideline China in MidEast

The United States is highlighting China’s mass detention of some one million Muslim Uighurs in concentration camps as part of a bid to reduce Beijing’s diplomatic clout in the Middle East. 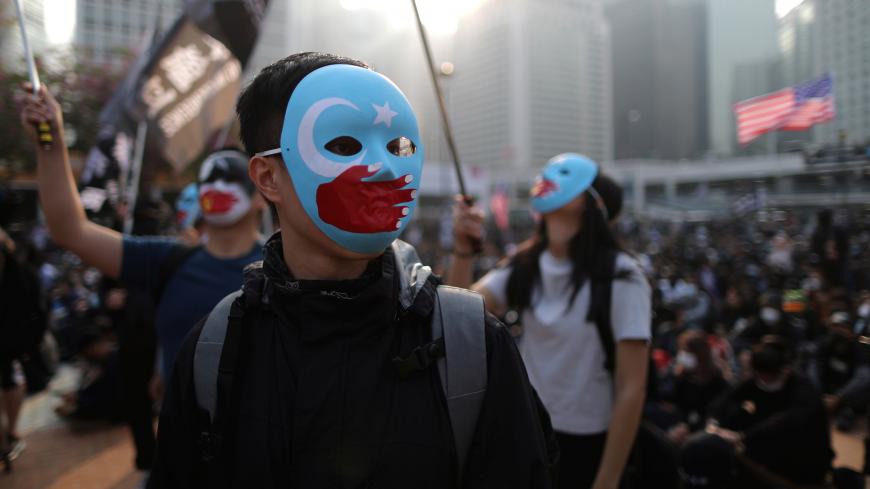 The United States is highlighting China’s mass detention of some one million Muslim Uighurs in concentration camps as part of a bid to reduce Beijing’s diplomatic clout in the Middle East.

Secretary of State Mike Pompeo commended Bahrain’s Council of Representatives today for a statement it issued last week expressing “deep concern over the inhumane and painful conditions to which Uighur Muslims in China are subjected.”

“We’re happy with what Bahrain did and we ask all countries, particularly those belonging to the Organization of Islamic Cooperation and the Arab League, to denounce the Chinese Communist Party’s brutal treatment of Uighurs, which is part of the party’s broader war on faith,” Pompeo told reporters in Washington.

Why it matters: China has sought to expand its economic and diplomatic ties in the Middle East, particularly in the Gulf states, Iran, Israel and Egypt. Notably, Bahrain and several other Arab states — including Saudi Arabia, the United Arab Emirates, Qatar, Oman, Kuwait and Egypt — signed a letter last year defending China’s human rights record and defending the Muslim crackdown as a counter-terror measure.

What’s next: While the statement from Bahrain’s Council of Representatives indicates that China may face more pushback from its Middle Eastern trade partners over the Uighur crisis, it also indicates that Manama wants to continue business as usual with Bejing.

The statement expressed “appreciation for the depth of the Bahraini-Chinese relations, stressing everyone’s keenness to strengthen relations between the Islamic countries and the friendly Republic of China.”

So far, Bahrain and Turkey are the only countries in the region to push back against China’s human rights abuses against the Uighurs, and it remains to be seen whether Beijing’s other Middle East trade partners will follow suit.

Know more: Ankara may have vocally condemned China over the Uighur crisis, but Metin Gurcan has detailed the growing influence of the pro-Beijing faction within the Turkish national security establishment. That growing divide has made Uighurs living in Turkey fear deportation to China, as Semih Idiz reports.