Why Hamas insists on release of jailed Fatah leader

Israel has refused the conditions set by Hamas for a future prisoner exchange deal, which include the release of imprisoned Fatah leader Marwan Barghouti. 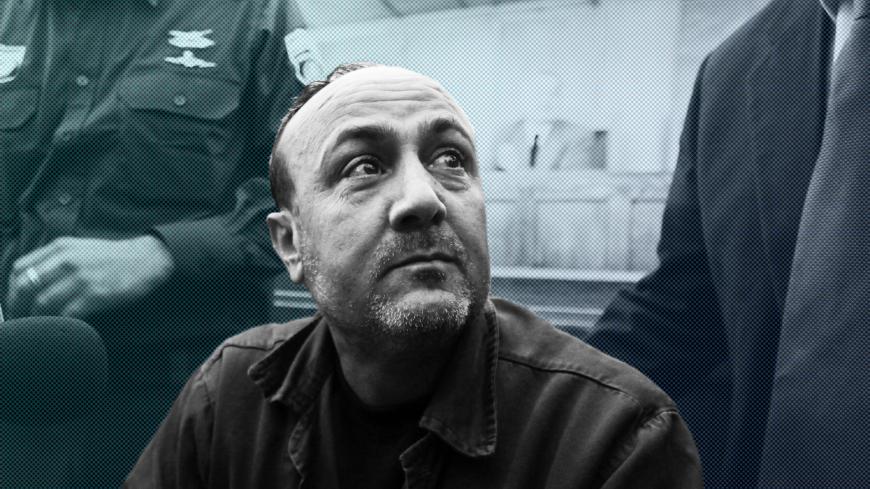 GAZA CITY, Gaza Strip — A senior Hamas leader told Al-Monitor on condition of anonymity that recent talks between the Hamas leadership and several mediating countries — which he did not name and which Hamas’ politburo head Ismail Haniyeh visited on his foreign tour that began Dec. 7 — aimed to outline a new prisoner exchange deal between Hamas and Israel.

Hamas acknowledged back in 2016 that it is holding four Israelis, including soldiers Oron Shaul and Hadar Goldin, whom Israel believes are dead. Israel says the soldiers were killed in the 2014 war on Gaza. Hamas, meanwhile, refuses to reveal their fate as well as that of the other two Israelis — citizens Avera Mengistu, an Ethiopian Jew, and Hisham al-Sayed, an Arab — who both willingly entered the Gaza Strip in 2014.

The source, who is also a member of Hamas’ politburo, added, “The main provision of the deal is for Israel to release all 50 Palestinians who were re-arrested after their release as per the [2011] Gilad Shalit deal and to include the names of detainees that it previously refused to release as per the deal. These include Marwan Barghouti, member of Fatah’s Central Committee and secretary-general of the Popular Front for the Liberation of Palestine Ahmad Saadat.”

However, the source said Israel turned down Hamas’ conditions, namely the inclusion of Barghouti in the next exchange deal, which pushed Hamas to suspend talks about the case. According to the source, the mediating countries vowed to pressure Israel into accepting those demands.

Moussa Dudin, a Hamas member in charge of the prisoners’ file, told the Palestinian Information Center Dec. 4 that Arab and Western countries, mainly Egypt, Turkey, Qatar, Sweden and Germany, are mediating to draft a new prisoner exchange deal between Hamas and Israel.

This comes amid increased talk about who will succeed President Mahmoud Abbas in heading the Palestinian Authority (PA) and about the nomination of candidates who will follow Abbas’ approach of supporting security coordination with Israel and monopolizing Palestinian decision-making. These candidates include head of Palestinian intelligence Majed Faraj and Fatah Secretary Jibril Rajoub. Meanwhile, Hamas insists on Barghouti’s release and his return to the political arena in the West Bank.

The Hamas source said, “Hamas insists on Barghouti’s release because he is the closest person from Fatah to it and holds similar political views on forms of resistance against Israel and rejection of security coordination.”

Barghouti is considered the most popular among Fatah leaders, as he received the largest number of votes (930 out of 1,400) during Fatah's seventh general congress held in December 2016 in Ramallah.

Barghouti has been serving five life sentences plus 40 years in an Israeli jail since April 15, 2002, after Israel accused him of standing behind armed operations that Al-Aqsa Martyrs Brigades, Fatah’s military wing, carried out at the onset of the Palestinian intifada Sept. 28, 2000, which killed dozens of Israelis.

Member of the Fatah Revolutionary Council Hatem Abdul Qader told Al-Monitor, “Barghouti is leaning toward running in the next presidential elections. His national and organizational position qualifies him.”

Qader noted that the PA has not taken any action to pressure Israel to release Barghouti, saying, “We are banking on a new prisoner exchange deal leading to Barghouti’s release.”

Writer and researcher at the Center of Regional Studies - Palestine in Gaza Ayman al-Rufati told Al-Monitor, “Israel is not ready to engage in serious talks for a new prisoner exchange deal with Hamas, in the absence of a stable Israeli government and amid Israel’s preparations for a third round of elections.”

He added, “I think Israeli Prime Minister and leader of the Likud party Benjamin Netanyahu is trying to stir the affair, with the nearing third elections, to gain more points and outdo his rival Benny Gantz, leader of the Blue and White Party. Recent polls showed that Gantz is ahead of Netanyahu.”

Rufati indicated that Israel’s refusal to release Barghouti reflects Israel’s desire to keep Abbas or somebody close to him as head of the PA without having a rival against the PA policies that ensure Israel’s security, like foiling Palestinian operations against Israeli targets in the West Bank.

Qader noted that prominent Fatah leaders have different opinions regarding Barghouti’s candidacy for president. He refused to give more details.

In an interview with Noon Post website April 20, 2017, Fadwa Barghouti, Marwan’s wife, accused Fatah of “plotting against her husband to expel him from the movement and not delegate any position to him, although he received the highest votes in the recent elections” — referring to Fatah’s seventh congress where voting for the movement’s deputy leader took place.

Professor of political sciences at the Islamic University in Gaza Walid al-Mudallal told Al-Monitor, “Barghouti’s return to political life within Fatah might kill the chances of several Fatah leaders close to Abbas who are trying to reach the top in the post-Abbas phase.”

Mudallal added, “I think some are trying to obfuscate Barghouti’s role in Fatah, and perhaps Abbas’ meeting with Fadwa at the presidential residence in Ramallah Dec. 31, in the presence of Faraj and Minister of Civil Affairs Hussein al-Sheikh, aimed at alleviating tensions between Barghouti and Fatah leaders who have their eyes on the leadership.”