Tensions are rising between Turkey and Egypt after four Turkish state news agency employees were detained in Cairo. 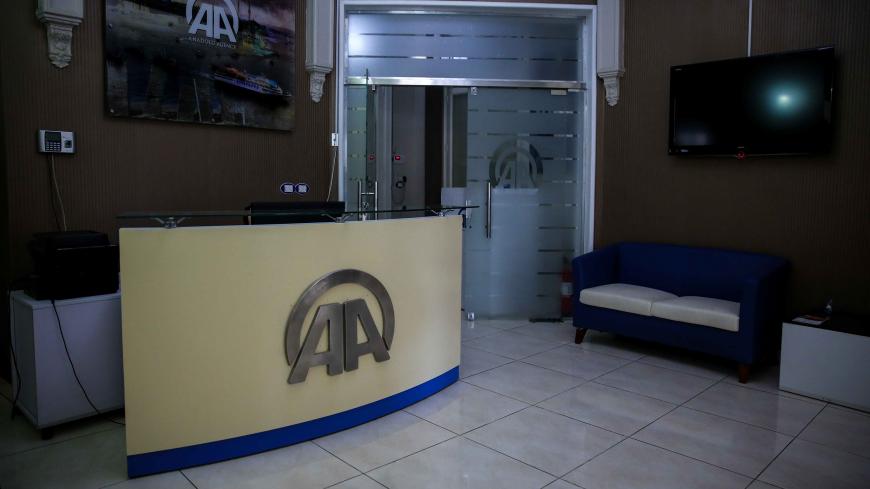 Four staff members of the Turkish state news wire, Anadolu Agency, were detained in Cairo and are being held in an undisclosed location in the latest escalation between the Turkish and Egyptian administrations.

The two governments have been at odds since the 2013 coup over former Egyptian President Mohammed Morsi by current leader Abdel Fattah el-Sisi. Though few details have emerged regarding a Tuesday evening raid on the agency's Cairo bureau, media professionals say the move may be linked to developments in Libya, where Turkey and Egypt are backing opposing sides in an ongoing civil war.

“These arrests have nothing to do with our journalistic activities,” Metin Mutanoglu, Anadolu's editor-in-chief, told Al-Monitor.

He called for the immediate release of the staff members and said that Egypt’s Interior Ministry had identified the Anadolu Cairo office as a “cell house” for a terrorist organization, calling the statement “direct proof that these arrests are politically motivated.”

The Egyptian Foreign Ministry released a statement Thursday alleging Anadolu was an “illegal” company founded by the Muslim Brotherhood, which has been outlawed in Egypt since Morsi’s ouster. The ministry’s spokesperson, Ahmed Hafez, said the news agency spreads “false and fabricated information” in Egypt to “distort the country’s image” domestically and abroad.

During a televised interview Wednesday evening, Turkish Foreign Minister Mevlut Cavusoglu denounced the detentions of three Egyptian staffers and one Turkish citizen. Cavusoglu claimed the Egyptian government was “resentful” of Turkey for seeking to open an international investigation into Morsi’s death in prison and called on Western nations to condemn Egyptian officials.

"Western countries, who try to teach everyone about human rights and freedom of the press, lose their voice when such things happen in countries they can manipulate,” Cavusoglu said on CNN Turk. “The whole world would rise up if a similar case occurred in Turkey.”

In response to the detentions, the Turkish Foreign Ministry summoned Egypt’s Ankara charge d’affaires Wednesday and claimed in a statement the act “reveals once again not only the negative approach of the Egyptian administration toward freedom of press, but also its grave situation in terms of democracy and transparency.”

The Associated Press reports Egyptian security forces shut down security cameras and internet access in the Anadolu Cairo office before conducting an overnight search of the premises. The detained workers’ passports, cell phones and computers were confiscated.

“Nobody knows [the staff members'] whereabouts and the families of these people are fearing for their lives,” Altay told Al-Monitor. “There is a lack of transparency here, and I am afraid we all need to be concerned about this because of the Egyptian government's previous [actions],” he said, referring to past crackdowns on critical news organizations such as Al Jazeera and more recently Mada Masr.

The raid, which has been condemned by international press freedom organizations, comes ahead of Libya peace talks in Berlin Sunday. The Turkish government, in addition to providing operational and material support for the UN-recognized government of Libyan Prime Minister Fayez al-Sarraj, is reportedly facilitating the transfer of Syrian rebel soldiers to Libya to defend Tripoli. Turkish officials have denied the news.

The Egyptian administration views Sarraj as sympathetic to the Muslim Brotherhood and has backed eastern Libyan commander Khalifa Hifter, along with the United Arab Emirates and Russia, in his ongoing offensive on Tripoli.

Egyptian and Turkish foreign policy disputes also extend to the eastern Mediterranean, where Cairo has allied with the governments of Israel, Cyprus and Greece, forming the EastMed Gas Forum to develop offshore gas fields and eventually export regional energy resources to European markets via an underwater pipeline.

Ankara and the Tripoli officials signed agreements Nov. 27 claiming large tracts of the eastern Mediterranean where the proposed gas pipeline would pass between Cyprus and the Greek island of Crete.

Despite the possible political motivations behind the detentions, deputy director at the International Press Institute Scott Griffen said, “Any journalist, any media organization that is critically covering the Egyptian government is a potential target in the media crackdown, which [has left] Egypt with very few independent news organizations.”

IPI denounced the raid while highlighting the Egyptian government’s “brutal campaign” against the press since 2014. The press freedom watchdog reports that 61 journalists are currently behind bars in Egypt. In the same statement, IPI noted at least 90 journalists are imprisoned in Turkey, which the organization claims is the world’s leading jailer of journalists.

Griffen told Al-Monitor the Anadolu staff members “must be released, there’s no question about that," adding, "This is a serious attack on press freedom. On the other hand, we also note the hypocrisy in the Turkish government’s statements about press freedom, a right it does not guarantee in its own country.”