After the success of the series "Kingdoms of Fire,” Egyptian cinematographers may have found the next controversial figure that can be used to counter Turkey’s interpretation of Ottoman history on screen: Muhammad Ali Pasha. 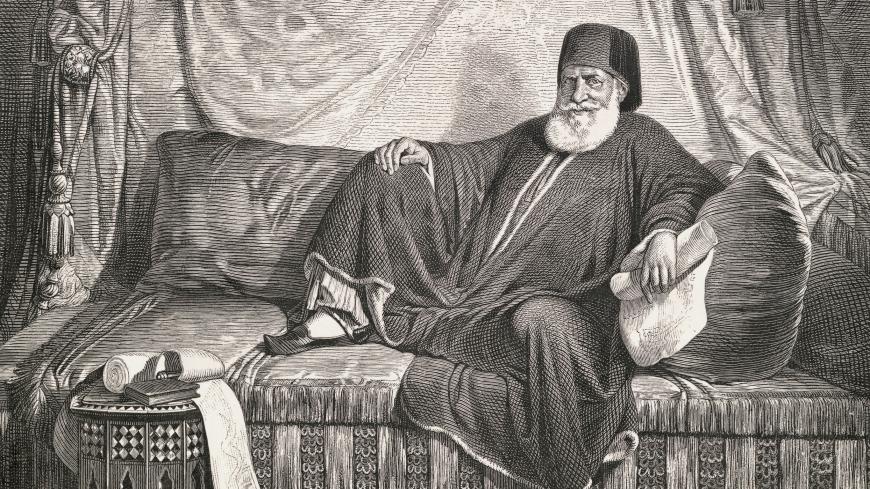 Cairo — Following the success of the Emirati-made TV series "Kingdoms of Fire,” many Egyptian authors, producers and directors search a new subject that would counter the popular Turkish TV series that highlights the glories of the Ottoman era. The solution may lie on brushing off the dust from a project from 2007 — the life and times of Muhammad Ali Pasha, the Ottoman viceroy who turned against the Sublime Port in his quest of establishing his own dynasty and making Egypt independent from the sultanate.

Muhammad Ali (1769-1849) was appointed as the Ottoman viceroy, or governor, to Egypt in 1805, where he started a process of administrative, economic and military reform. His policies aimed at establishing himself and his successors in Egypt as its hereditary rulers. He is accredited as the founder of Egypt’s modernization — a move that hardly made him popular in the Ottoman Empire, particularly after he defeated twice the sultan’s forces, first in 1833, then in 1839.

An Egyptian film or a scenario on Muhammad Ali Pasha is expected to picture the Ottomans as the “occupiers of Egypt” — just as "Kingdoms of Fire,” directed by Peter Webber and released in November 2019, has done. The series, broadcast on the Saudi channel, tells the story of the resistance of Tuman Bay, the last sultan of the Mamluk era in Egypt between 1250 and 1517, against the Ottoman invasion of Egypt. Though the season ends with the death of Tuman Bay, he is the protagonist, against the expansionist Selim I, the Ottoman sultan known as “The Grim.”

Yet some Egyptians questioned whether the Emirati series had gone overboard in its glorification of the Mamluk ruler. “Why did the series consider Tuman Bay as a symbol? What did he do? Was he victorious for Egypt? Did he defeat the Ottomans? No, he did none of these,” wrote Mohamed Makhlouf, writer at Egyptian Al-Wasela News, in an article on Dec. 23, 2019.

Makhlouf suggested that if any figure in Egyptian history whose life should be the subject of a film or a series for “defeating the Ottomans,” it would be Muhammad Ali and his son Ibrahim, who defeated the Ottomans and expanded Egypt’s rule to the upper part of the Syrian Euphrates Valley and was about to invade Astana.

Selim Azouz, a writer for Arabi21, and Samir Al-Arky, a writer for Al-Jazeera Mubasher, agreed with Makhlouf that Muhammed Ali was possibly the strongest and most effective adversary to the Ottoman Empire that took over the caliphate from the Mamluks in 1517.

In two separate articles on Dec. 13 and Dec. 18, the two writers, who are actually sympathetic to Recep Tayyip Erdogan, Turkey’s strong-fisted president who sees himself as a speaker for Sunni Islam, said Muhammad Ali, though a dictator, managed to stand up against the Ottoman Empire’s policies in Egypt and Syria.

Attempts to adapt the biography of Muhammad Ali to the silver screen is hardly new. In 2007, Lamis Gaber, historical researcher and scenarist, announced that she was writing the script of a film that would be directed by Hatem Ali. It would star her husband, Yahya Al Fakhrany, as Muhammad Ali.

In January 2009, Good News, one of the largest production companies in Egypt at the time, announced that it had bought Gaber’s script and would make it into a film.

Good News allocated a budget of 48 million Egyptian pounds ($3 million today, but $8.7 million in 2009) for the film production, including 6 million pounds for decor and props, and 15 million pounds for horses, riders and the war scenes, making it the largest battle budget in the history of Egyptian cinema. But the company went bankrupt before it could even start shooting.

In 2010, King Tut Studio announced that it got Gaber to convert the film script to a TV series for the Ramadan season, to be directed by Shadi Al Fakhrany, Gaber’s director son instead of Hatem Ali. But this company also went bankrupt before they could start the ill-doomed project.

A source close to the Fakhrany family who asked for anonymity told Al-Monitor that negotiations between the family and some companies in Egypt and the Arab world have currently revived negotiations to produce the series in the foreseeable future.

"Opportunities are greater especially with the availability of huge budgets, similar to those allocated for 'Kingdoms of Fire' after the increasing awareness about the importance of highlighting Egyptian-Ottoman/Turkish historical conflict,” he said. But he refrained from naming the production companies negotiating.

In a telephone conversation with Al-Monitor, Shadi Al Fakhrany refused to comment on the renegotiations with production companies, noting that many companies have shown interest in the script in the past and they still do today.

The stumbling block, he said, was the budget. “If any of those companies can secure a budget, we can start the series immediately," he told Al-Monitor.

Given the history of Muhammad Ali Pasha with the Wahhabi movement, it would be difficult to get funding from the usual producers in the Gulf, such as Saudi MBC and the United Arab Emirates’ Genomedia, according to Iman Abdel Tawab, a lecturer of modern history at Damanhour University. In the 1818 Battle of ad-Diriyah, Muhammad Ali and his son Ibrahim delivered a major defeat of the Wahhabis, fanatical and puritanical Muslim reformers of Najd in central Arabia. The Wahhabi empire was destroyed and the Saudi family that created it was virtually wiped out.

Abdel Tawab told Al-Monitor that she doesn't expect that the series will come to light because the Ottoman pasha had a long history of disputes with the first Saudi state, which ended with Ibrahim Pasha, the ambitious son of Muhammed Ali, sending Prince Abdullah bin Saud, prince of the first Saudi state, to Istanbul where he was executed.

Ibrahim Pasha cast his shadow on the modern diplomacy in 2016, when social media activists shared a picture of Ibrahim Pasha's statue downtown covered with a cloth during the visit of the Saudi monarch, King Salman bin Abdul-Aziz Al Saud. The Ministry of Antiquities justified the move by saying that the statue was under restoration.

Tareq Dosouki, member of the Egyptian Film Critics Association, told Al-Monitor that he expects Gulf companies to be more open to dramatic projects such as Muhammad Ali, especially with the plans of Saudi Crown Prince Mohammed bin Salman to launch cultural and artistic entertainment activities and move toward breaking the historic pact between the House of Saud and the Wahhabi religious establishment.

But Dosouki believes that objections to making a film or a TV series that would glorify Muhammad Ali and his dynasty may come from Egyptian circles. He said that Muhammad Ali is a controversial figure among the Egyptians themselves as the July 23, 1952, officers' movement against his dynasty discredited him and his lineage.

Rasha Adly, author of "The Last Days of the Pasha," agrees. Long-listed for the International Prize for Arabic Fiction 2020, the novel narrates the final part of Muhammed Ali's life. Adly’s book makes references to the research of Caroline Gautier-Kurhan, a French historian who published four books about the viceroy in French, based on her country’s archives.

“They have given me a different view of Muhammed Ali's life through angles that aren't available to our researchers and historians who tried after July 1952 to fill our minds since school age that the pasha was a murderous and cruel man,” she said.