Lobbyists for the UAE embassy in Washington have clarified their talking points to Congress. 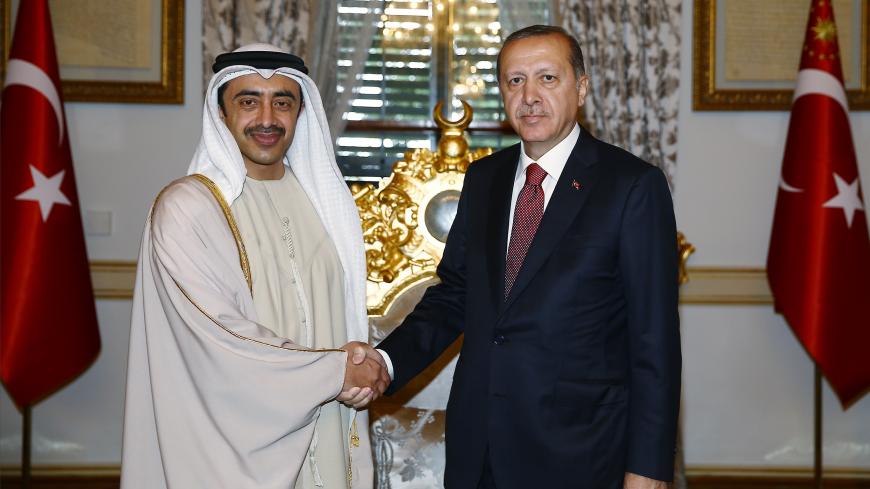 The United Arab Emirates has asked its Washington lobbyists to correct the record after Akin Gump sent what it insists was an inaccurate email to Senate staffers stating UAE “support for sanctions measures” following Ankara’s incursion into northeast Syria.

Akin Gump lawyers told Al-Monitor the firm was tasked with informing the Senate of the UAE’s public condemnation of the Turkish incursion ahead of possible consideration of sanctions legislation last month. But they insist the UAE has not actually taken a diplomatic position in favor of sanctions.

“What we were trying to convey in the midst of Congress debating the reaction to Turkey’s invasion of Syria was the UAE’s position, which is that it has criticized or condemned Turkey’s invasion, along with almost every Arab state except for Qatar,” an Akin Gump lawyer said. “The UAE has not taken a position about what specifically the US should do about it in terms of imposing sanctions. That’s where the email that we wrote … was incorrect.”

The lawyer added that Akin Gump had passed on that message to its contacts in the Senate.

The UAE clarification comes after Al-Monitor’s initial report was widely picked up by Turkish media as well as Al-Jazeera and other outlets with widespread followings in the Middle East, potentially exacerbating tensions between the UAE and Turkey.

Akin Gump has represented the UAE Embassy in Washington since 2007. The embassy paid the firm $3.6 million last year.