Al Jazeera spends more than $500,000 defending itself against attacks

The Qatari broadcaster is under attack from Doha’s Gulf rivals. 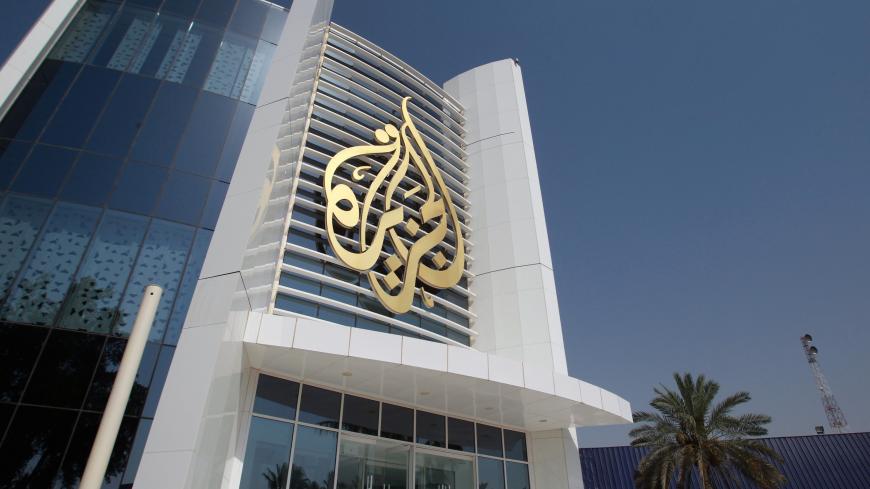 The Al Jazeera Media Network logo is seen on its headquarters building in Doha, Qatar, June 8, 2017.

Al Jazeera spent more than $500,000 over just three months defending itself against allegations that it is a foreign agent of the Qatari government, lobbying records reviewed by Al-Monitor show.

The Doha-based media company paid multinational law firm DLA Piper a whopping $540,000 in the third quarter of 2019 to lobby Congress, up $500,000 from the previous quarter. DLA Piper subcontractor CLS Strategies in turn got $60,000 over the same period.

The massive spend comes as Al Jazeera’s conservative foes on Capitol Hill and in right-wing media are ramping up efforts to force the network to register with the Justice Department under the Foreign Agents Registration Act. Doing so would require Al Jazeera to disclose all its contacts with US officials as well as certain financial information, which critics say amounts to censorship.

Al Jazeera has long been a bugbear for some US conservatives who fault its critical coverage of US policy in the Middle East and what they perceive as its pro-Islamist and anti-Israel bias. The recent uptick in activity, however, has also been fueled by a multimillion dollar lobbying and digital information campaign by Qatar’s rivals Saudi Arabia and especially the United Arab Emirates.

“As one of the few independent media organizations based in the Middle East, Al Jazeera often finds its work criticized by governments like the UAE that prefer to avoid the scrutiny of objective journalism,” Al Jazeera said in a statement to Al-Monitor. “The current attacks on Al Jazeera now being mounted in the US by the UAE, Saudi Arabia and other nations are yet another manifestation of their fierce attacks over the years on independent media in the Middle East and North Africa region, which Reporters Without Borders has named 'the most difficult and dangerous for journalists.'”

Akin Gump, which has lobbied for the UAE Embassy in Washington for more than a decade, began lobbying heavily against Al Jazeera as early as February 2018, lobbying disclosures show. The firm was paid $3.6 million by the UAE in 2018 and currently has 24 foreign agents on the account.

In mid-2018, Congress required certain US-based foreign media outlets to submit reports to the Federal Communications Commission (FCC). The amendment was championed by Rep. Lee Zeldin, R-N.Y., one of the leaders of the letter to Sessions. To date only two media firms have filed with the FCC, Turkey’s Anadolu Agency and MHz News, a US company that broadcasts French and German state-owned news programming.

Emails obtained by Al-Monitor via the Freedom of Information Act show that UAE lobbyists have been paying close attention to the new FCC rules. On Sept. 17, 2018, the chief of the FCC’s industry analysis division, Brendan Holland, wrote to Akin Gump to tell the firm that the office of FCC chairman Ajit Pai had asked Holland to meet with Akin Gump “to learn anything new you may have to tell us” about foreign media outlet disclosure requirements.

The emails indicate that lobbyists for Akin Gump gave a presentation about Al Jazeera at a meeting that took place at FCC headquarters Sept. 28. Accompanying them was Hagir Elawad, a registered lobbyist who simultaneously handles legislative affairs for the UAE Embassy in Washington.

And in June, Rep. Jack Bergman, R-Mich., wrote an op-ed in the Washington Examiner making the case for Al Jazeera’s registration. When DLA Piper, which was then providing legal services to Al Jazeera, responded to Bergman, the response was promptly leaked to the right-wing Washington Free Beacon, prompting allegations that DLA Piper itself should register as a lobbyist for Al Jazeera. DLA Piper did so within days.