The Organization for Security and Cooperation in Europe's media freedom representative said TRT's registration under a Nazi-era anti-propaganda law had a “restrictive & negative impact on media freedom.” 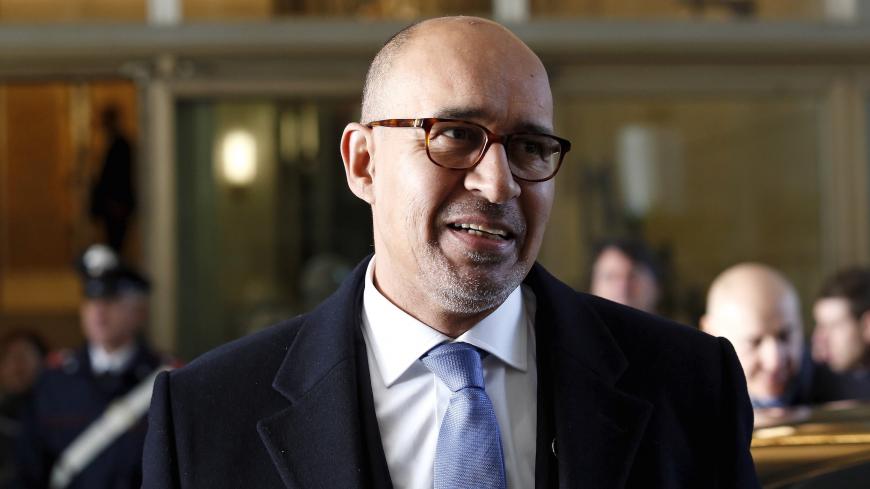 Harlem Desir, the representative on Freedom of Media at the Organization for Security and Cooperation in Europe (OSCE) and then-French state secretary for European affairs, arrives for a meeting in Rome, Italy, Dec. 13, 2015. - REUTERS/Remo Casilli

A key trans-Atlantic security forum is objecting to the US Department of Justice's decision to force Turkish public broadcaster TRT to register as a foreign agent.

In a tweet this morning from his official Twitter account, the representative on Freedom of the Media at the Organization for Security and Cooperation in Europe (OSCE) said the decision to apply the Nazi-era Foreign Agents Registration Act (FARA) to TRT's Washington office would have a “restrictive & negative impact on media freedom.”

“Concerned by the recent decision of #US authorities to force the Turkish public broadcaster @trt to register as a foreign agent in the US,” tweeted Harlem Desir, a former French secretary of state for European affairs. “#FARA registration has a restrictive & negative impact on media freedom and should not apply to media from another #OSCE participating State.”

Desir's office told Al-Monitor that “at this stage” he had nothing to add to his statement but “depending on the evolution of the situation, we might eventually communicate again.”

Moscow quickly endorsed Desir's tweet. Russia has bristled at being forced to register its RT television station under FARA in 2017.

The Russian mission to the OSCE tweeted that it shared Desir's concerns, saying FARA registration for the media “blatantly violates international obligations and commitments on media freedom and safety of journalists and impede free flow of information.”

TRT's registration comes amid an intensifying push by the Donald Trump administration and Congress to get certain foreign media outlets they view as mouthpieces of foreign governments to register under FARA. So far several Russian and Chinese outlets have registered; several hawks in Congress are also pushing for Al Jazeera to register as an agent of Qatar.

This isn't the first time the OSCE's media freedom arm, which bills itself as the “world’s only intergovernmental media watchdog,” has taken issue with FARA. “Branding media entities as ‘foreign agents’ is a dangerous practice, as it can narrow the space for freedom of the media,” Desir warned in late 2017 as the United States and Russia took reciprocal actions against each other's media outlets.

Other groups such as the New York-based Committee to Protect Journalists (CPJ) have also raised concerns about the cost of forcing media outlets to register under FARA.

“We urge U.S. lawmakers to consider the far-reaching consequences of determining what is journalism vis-a-vis the Foreign Agent Registration Act,” CPJ's Program Director, Carlos Martinez de la Serna, told Al-Monitor. “While we acknowledge the benefits of FARA in exposing foreign lobbying, allowing a federal institution to determine what is propaganda and what is solid reporting could have a negative impact on both the domestic and global media environment.”

While the Justice Department's letter requiring TRT's Washington office to register insists that doing so would only help inform viewers about its ties to a foreign entity without harming its news-gathering abilities, the CPJ has pointed out that RT America lost its press credentials needed to access parts of the Capitol after its registration. The House Radio-Television Correspondents' Gallery, which manages media access on Capitol Hill, did not respond to Al-Monitor's request about whether TRT was still a member or whether its registration would lead to a loss of its credentials.