Southern Turkish city defiant over its raki and kebab

Although Adana province banned a raki festival for reasons of safety, locals rushed to the bars to celebrate their culture of raki — accompanied by turnip juice — and kebab. 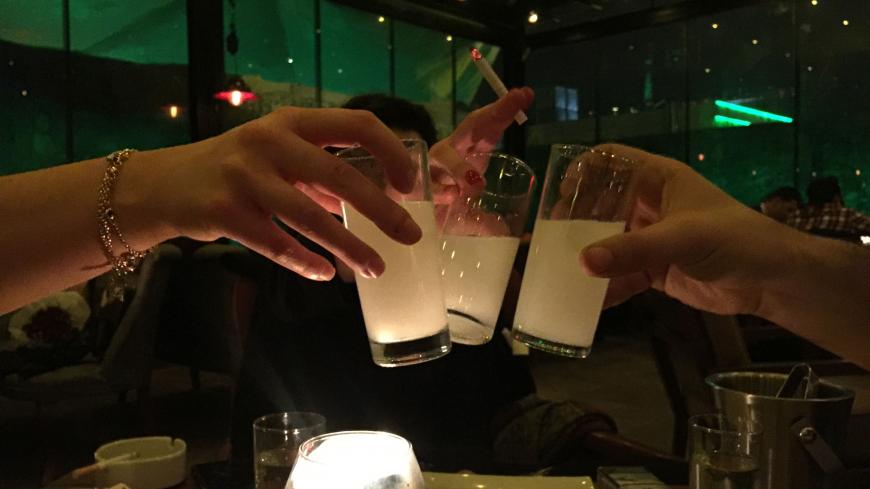 In the middle of December, on a rainy weekend in the southern city of Adana, fruit clung abundantly from countless citrus trees and purple flowers remained in full blossom. Palm trees stood tall and proud against the dismal gray sky and pattering rain. In the heart of Turkey's most fertile lands and home to an enviable cultural legacy, Adana is a city of resistance, when it comes to its nature and its people.

As such, it should be no surprise that a famed festival based around drinking raki, Turkey's alcoholic beverage of choice, continues to be celebrated in spirit by the city's rowdy, kind-hearted residents even though the governor has banned the event the past two years.

The province canceled the festival just days before the event was to have taken place, saying it made the decision in order to prevent terrorist groups from targeting attendees.

“The festival was canceled after it was evaluated that the safety and property of our citizens attending the festival could be put into danger by some terrorist organizations, and people and groups with bad intentions, who could engage in actions aimed at disrupting public order and safety,” the province's government said in its statement.

Local attendees believe that this is a pretext to shut down a festival that is based around raki, a strong, anise-flavored beverage that is considered by some to be Turkey's national drink, a notion fiercely disputed by President Recep Tayyip Erdogan. In recent years, taxes on alcohol have surged exponentially, with those applied to raki increasing at an even higher rate. Many critics of the government believe that these taxes, which are implemented twice a year, are geared toward reducing the number of people in Turkey who can afford to enjoy an alcoholic drink.

Mehmet Furkan Bicer, an Adana-based lawyer, spoke about the decision to cancel the festival. “Rather than just outlawing it, the primary purpose is to send the message to Ankara saying 'this type of festival is not celebrated here,'” he said.

Sure enough, on Dec. 14, just hours before the festival would have been scheduled to start, the matter had turned into a national issue, with Interior Minister Suleyman Soylu saying in parliament that the festival “was not in accordance with our traditions and customs.” Main opposition Republican People's Party (CHP) deputy Ozgur Ozel responded by saying, “If there are places where people are afraid to say the word 'raki,' then what you are doing is intervening in people's lifestyles, and I disapprove of this entirely.”

Though the festival officially began in 2010 — with people gathering around tables on the narrow streets in the heart of Adana's old city near a massive illuminated clock tower that ranks among the city's landmarks, and drinking raki alongside plates of kebab until the wee hours of the morning — its roots extend far beyond the beginning of this decade.

“In Adana there is a very serious pigeon-raising culture; in fact there are around 20,000 people raising pigeons here. These pigeon-keepers every week on Sunday would set up a pigeon market in the Kazancilar Bazaar near Buyuksaat (the tall clock tower). But in order to find a place on Sunday, they would arrive on Saturday night and set up at the market. From Saturday night until Sunday, they would drink Adana-style homemade raki and naturally this would continue until the morning,” Bicer told Al-Monitor.

“For this reason, apart from the festival, at 5-6 in the morning around Buyuksaat, raki and grilled liver are served. This is a tradition of that location dating back 150-200 years. Several years back people wanted this tradition to become a festival, and that is how it started,” Bicer added.

The pressure against the event began in 2015: The name of the festival was changed from the World Raki Festival to the Kebab and Salgam Festival after the authorities vowed to shut it down. Salgam means turnips — but as Adana residents drink raki accompanied with turnip juice, the reference to the traditional drink is clear. That year, celebrations continued as per usual, though they were disrupted by a group of men brandishing long knives used to slice doner kebab and rifles, shouting that they would not allow people to drink raki, firing shots into the air and flipping over tables.

At around 8 p.m. on Dec. 14 of this year, dozens if not hundreds of police were patrolling the area around Kazancilar Bazaar, and there were riot vehicles stationed near one of the main entrances. People were, however, allowed to walk through the area and police did not seem to be interested in stirring up any trouble. Some people even posed for photos with officers in front of Buyuksaat. Area shops and restaurants were closed and it was clear that the festival was certainly not going to take place in its historical location again this year. Groups of tourists, both local and foreign alike, glumly stared at their phones as they mulled over an alternative plan, as they were either unaware of the ban or had come in hopes that the festival would go on in spite of it.

Police were also patrolling Sinasi Efendi Street, one of the city's main clusters of bars and meyhanes across the highway from the old city in the middle of an upmarket area lined with palm trees and chic modern apartment buildings. The venues on and around the street were jam-packed and people were on their feet dancing and singing along to live music, or spontaneously bursting into Turkish standards on their own as they raised their raki glasses. Even at a large Irish pub that was nearly at full capacity, most of the patrons, rather than swigging pints of Guinness, instead were sipping thin glasses of raki.

Adana CHP deputy Burhanettin Bulut told Euronews last week that in spite of the ban, the popularity of the festival has grown, and that people now book hotels months in advance for the occasion. An employee of one three-star hotel in the city center confirmed this on Dec. 14, telling Al-Monitor that his hotel was fully booked, as were numerous others in the area.

Adana's raki festival may have been outlawed, but the celebrations carried on regardless, even on a cold night where the rain fell long and hard.

“The ban isn't an obstacle for us. The city's general attitude is in this direction. We will go out [to celebrate raki],” Bicer said.