Salman Ibrahim's Bread Ways drama lessons take Syrian children to the rooftops of repurposed buildings the countryside of Aleppo and Idlib to teach them critical thinking. 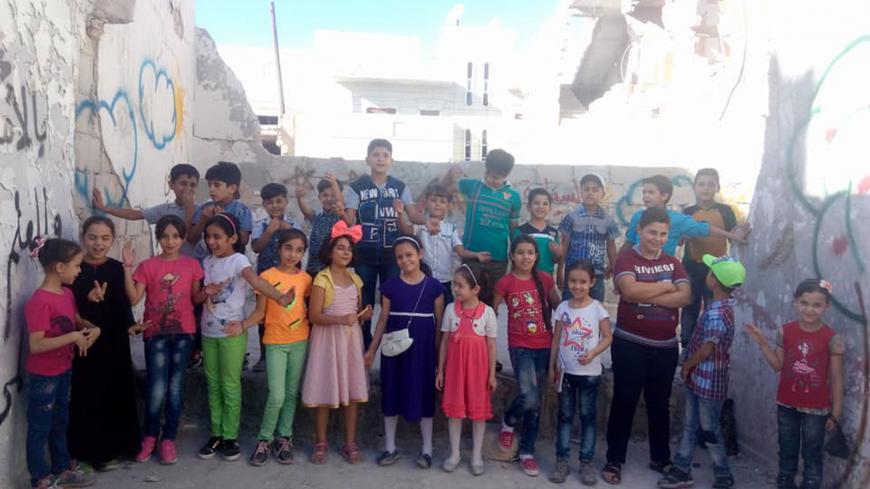 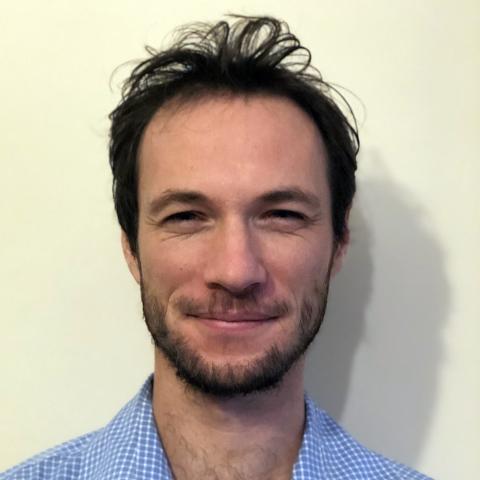 In the countryside around Aleppo and Idlib, children used to meet on rooftops to catch up on the schooling they missed as a result of Syria’s eight-year civil war. The initiative, interrupted when Turkey initiated Operation Peace Spring in October, is one of several pedagogic initiatives led by Salman Ibrahim, who, in his pre-civil war days, was a high school teacher of Arabic in Aleppo.

In 2011, that hopeful time when it felt as though a wave of popular uprisings could topple the entrenched authoritarian regimes across the Middle East, Ibrahim joined the anti-regime protests. Once the protests were brutally stopped, he continued to express his resistance to Bashar al-Assad’s regime by teaching children how to think critically and express themselves creatively — both in classrooms and on stage.

In 2014, Ibrahim founded Aleppo-based Bread Ways, a theater group for children that provides them with a framework for engaging with abstract concepts like censorship and propaganda, both of which are among the defining features of Assad’s dictatorship. Bread Ways was intended as a platform to introduce the children, whose education was interrupted by the civil war, to critical thinking. He drew his inspiration from the methods of Augusto Boal’s Theater of the Oppressed, using theater as a forum for social change.

Bread Ways staged its first play in Aleppo in 2014, with a troupe of 15 young actors, writers and musicians who vented their frustrations over their experiences of oppression and injustice — such as violence in aid distribution lines. When Aleppo was the most dangerous city in the world, Ibrahim's Theater of Dreamers provided an educational framework and some grounding for the children.

“Children mostly respond positively due to the fact that other people are interested in their future and education, which also makes them feel responsible,” Ibrahim told Al-Monitor. “Those who are part of this initiative believe that everyone has to be a part of saving those children’s future, to offer them a decent life.”

Ibrahim worked with schools run by Turkish authorities together with local councils. His wife works with Swa’adna al-Souria, the nongovernmental group founded by Ibrahim and his friends in 2014 and registered in Turkey as a civil society group. The group focuses on education and provides livelihood to the people in need in northern Syria.

Ibrahim worked with Swa’adna al-Souria to hold interactive theater classes both in Idlib and in the countryside. The lessons took place in repurposed damaged buildings, including schools, some of which were converted to housing for the internally displaced. Often, they would use the rooftops — and end up staging plays in makeshift tents.

To make his theater initiative sustainable, Ibrahim also educated the students’ parents about socially conscious arts curricula. Funding for his projects comes from international donors, such as PAX, a Dutch aid organization.

“How brave these people are and how important their work is, although at first it looks like something small. And the incredible pressure that is on them from all sides, that’s always good to realize,” Evert-Jan Grit, the Middle East program officer for PAX, told Al-Monitor.

Despite the difficulties in Syria, Ibrahim simply refused to leave his country for many years after the start of the civil war. Asked why he had not emigrated to Turkey once the war started, he explained that staying in Syria was the only way to push for the rights of the Syrian people. “Syrian people have rights. We demand those rights. It doesn’t make sense to demand those rights from outside Syria. I want to be there beside those people, fighting for those rights,” he said.

Nour, who met Ibrahim at a 2012 anti-regime demonstration at Aleppo University and now lives in Turkey, told Al-Monitor on condition her last name not be used, “We felt we had the power to change things, to make things better for ourselves and for others for generations. When I think about the kids inside [Syria] now, I feel that we [those who fled] left them behind.”

At the end of 2016, Ibrahim applied for temporary a protection status in the Turkish southeastern city of Gaziantep, and received an identity card. Until the beginning of Operation Peace Spring, he divided his time between Gaziantep and village schools around Aleppo and Idlib. The migration office opens at select times, during holidays for example, for Syrian migrants to return home temporarily. But if they overstay, their ID cards can be canceled.

When asked if he is afraid that Turkey might deport him due to his frequent crossings to Syria, Ibrahim laughed, saying he wished they would so that he would not have to endure the bureaucratic rigamarole every time he returned home, including once for his own wedding.

Ibrahim, however, has been unable to return to Syria ever since Turkey’s latest military offensive that started on Oct. 9. But that has not stopped him from fundraising and planning curricula for when he returns.

The offensive displaced nearly 200,000 civilians, including 80,000 children. The corridor of land, which was increasingly destabilized by the Turkish military, is slated to host up to 2 million deportees following the latest resettlement deadline on Oct. 30. The majority of the 3.6 million Syrian refugees now in Turkey will be crammed into the territory, designated a “safe zone” to be administered by Turkey.

“People who are living in Turkey don’t want to go there,” said Nour, an activist from Aleppo who has been living in Turkey for the past six years. “People are running away from what [Turkey] is trying to create as a safe zone. It feels hopeless.”

Fewer than 40,000 Syrian refugees now living in Turkey have work permits. In Istanbul, where an estimated 1 million Syrian refugees live, only half are registered. Since at least December 2017, the Turkish authorities have deported thousands back to conflict zones.

This winter, Syrian families are bracing for a rise in deportations.

“If the Turkish government wants to send them back, they will put them on a bus to hell. They don’t care about saving a [safe] area for them. They are doing this to negotiate [political] deals,” said Ibrahim, who is worried that his initiative will end due to the incursion.

On Oct. 22, the Syrian government regained control of parts of Idlib, just two weeks after US President Donald Trump announced his intention to withdraw US forces from the area. Given the regime’s brutal suppression of any type of anti-regime activism, whether it is armed resistance or peaceful protest, all the people involved in Ibrahim’s teaching initiative are now in serious danger.

Two months ago, the European Union cut some of its educational funds designed to reach over 3 million people in Idlib for the current academic year. Families unable to send their children to school have become desperate; they are scraping by with insufficient financial handouts from Turkey, and with nominal support from the EU.

Ibrahim and Nour are working together with international activists in Istanbul to raise funds for school supplies, a new initiative for Swa’adna al-Souria. These learning materials will be distributed to children living in the areas that are in the impoverished, insecure “safe zone” that will be administered by Turkey. If they can afford the essentials that keep them living from day to day, families will be better positioned to send their children to school rather than out to work.