A vast plan to restore and revitalize Turkey's first modern museum, the Istanbul Archaeological Museums, established in 1869, remains a partial work in progress, but the completion of the first phase has produced a visitor friendly and engaging environment. 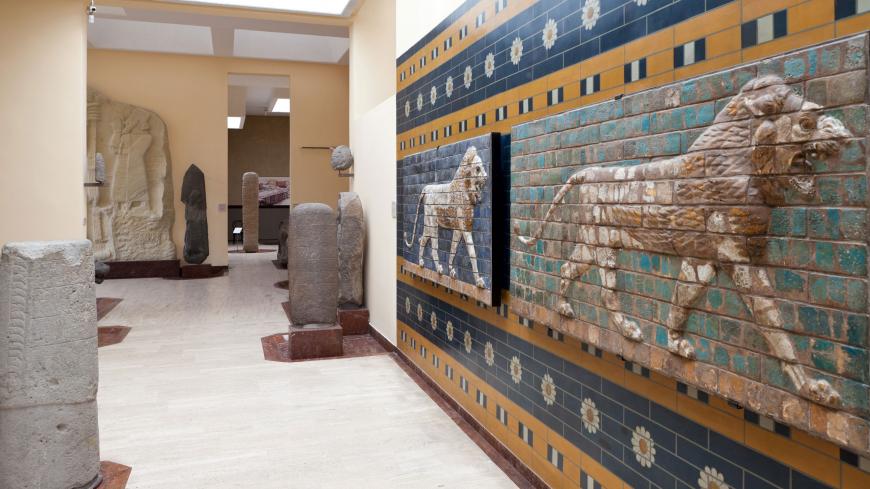 Topkapi Palace, the former residence of the Ottoman sultans, is not only the most popular museum in Istanbul but in all of Turkey. In 2018, slightly more than 3 million people visited it. Meanwhile, next door in the former outer gardens of the palace, the Istanbul Archaeological Museums, a complex of three different buildings, attracted only one-tenth that number last year, with 378,675 visitors.

How is it that one of the first and richest archaeological collections in the world — established in 1869 and with objects spanning consequential millennia and cultured civilizations from Anatolia — could attract only a fraction of the attention tourists lavish on Topkapi, Hagia Sophia and the Blue Mosque? Three reasons come readily to mind.

First, Istanbul is generally perceived and marketed as an Oriental or exotic destination, so sightseers have tended to focus on mosques and minarets along with bazaars and Bosphorus cruises, often overlooking its Roman and Byzantine pasts unearthed by archaeologists. Second, the museums themselves have been rather “visitor unfriendly.” It could be difficult to navigate due to an old-fashioned approach to museum-going and clumsily organized spaces. The colors have faded in overstuffed and dimly lit exhibition rooms, some taking on shades of gray. Third, the most obvious reason, the museums have been partially closed since 2012 while they undergo a major overhaul and renovation.

Although part of the archaeological museums remains inaccessible, the first phase of a master plan has been completed after five years, with six halls reopened in the fall that showcase a world-class, shining and engaging institution finally worthy of the 21st century. Visitors are back, and they appear to be greatly enjoying the new experience.

The master plan was developed by Boris Micka Associates, an architecture and design studio based in Spain but with employees from around the world. Micka himself, an exhibition scenographer, was born in Prague, where he also studied. His firm's makeover of the museums is indeed being implemented, but only piecemeal due to Turkish red tape and budgetary constraints.

The plan by Micka's studio was to thoroughly revamp the spatial arrangement of the museums' buildings. The entire complex consists of the stand-alone Ottoman Cinili Kiosk (Tiled Kiosk), where Islamic art is displayed; a museum on the ancient Orient in a magnificent U-shaped neoclassical structure built by the Levantine architect Alexandre Vallaury between 1887 and 1908; and a more recent annex that houses the Constantinople and Troy collections.

Micka wanted to use the adjoining former Ottoman mint, the Darphane-i Amire, for amenities, such as a restaurant and shops, storage space and conservation labs and new exhibition spaces devoted to the history of Istanbul and the Ottoman dynasty. Though approved, work never began on that part of his proposal, and the building has recently been transferred to Topkapi Palace administration. The future of the area is at the moment unknown, but the opportunity to develop a connection to the archaeology museums appears to have been lost.

As a consequence, Micka's firm was left with only redoing the main building, the one housing the ancient Orient museum, and its interiors. They prepared an integrated, three-phase project and were been put in charge of the first two phases, with the contract for the third phase still outstanding. No one knows what the Ministry of Culture has in mind for the annex.

During preliminary work conducted by structural engineers and other construction specialists, structures were reinforced against seismic events, such inserting steel plates and tension bars in walls, columns and floors. Still another team restored the original decorations, rediscovering geometric patterns in bright colors previously plastered over and stuccowork on the ceilings.

The exhibition spaces have been redesigned in an innovative and more dynamic museographic style. As Micka explained to Al-Monitor, “[The main objective] is to preserve the objects and to educate about them. The objects are standing alone. They're presenting themselves.”

The museum's walls have been painted burgundy red, and other areas will be painted gray and green. The Italian lightening designer Ada Bonadei gave prominence to individual artifacts and carefully oriented spotlights to allow materials such as limestone, marble and alabaster to highlight their unique characteristics and differences. Bonadei also used mirrors to emphasize “details and traces of painting you could not see before,” she proudly revealed.

Large commissioned prints by the Spanish artist Javier Hermida provide vivid context to the objects on display. The images are of original paintings by Hermida that have been enlarged and reproduced on scanachrome. They depict such scenes as a procession toward a sacrifice, a hunting and a banquet. In one example of the prints' use, the statues of a priestess and a lion from the temple of Apollo at Didyma are exhibited twice in the same room, in one instance as objects and in the other as subjects in a Hermida painting. Informative panels provide detailed background in simple, easy-to-understand Turkish and English.

In a small foyer just inside the museum's entrance, visitors are greeted by a colossal statue of Bes, an Egyptian deity who protects households. Bes sports a thick, full beard and dangles a lion by its hind legs in front of him. The statue, which dates to the sixth century BC, was found on Cyprus.

Past the entrance, doors to the left and right lead to the galleries. The rooms on the right present objects from the 6th-4th century BC. They include statues of gods and mythological heroes, funerary steles and slabs with soldiers and riders from the archaic, Persian, and classical periods. In the second phase of Micka's plan, the Roman and Hellenistic sections will be reintroduced using the same approaches toward lighting and presentation.

The collections themselves speak to the imperial origins of the museum. The artifacts come not only from Anatolia but also from regions controlled by the Ottoman Empire, such as the Greek islands of Rhodes and Samos, Pella, the capital of the ancient kingdom of Macedonia, and Leptis Magna in Libya.

On the right of the main entrance, a corridor leads to the bookshop and to a small hall entirely dedicated to Osman Hamdi Bey, the Ottoman administrator considered the real founder of the museum as it is known today because he renovated and expanded it. In a cubic glass case, objects and documents testify to his many other careers as a painter, archaeologist and museologist.

Further on, richly decorated fifth- or fourth-century BC sarcophagi from the royal necropolis in Sidon (in Lebanon) appear more luminous and polished than ever. Osman Hamdi Bey excavated them in 1887 and shipped them to Istanbul. Wall prints by Hermida depict the story of their discovery and journey by boat to the Ottoman capital.

Ece Gunay, Micka liaison in Turkey, told Al-Monitor what comes next. “We're working on the second floor, where we'll transfer the Troy section, and we'll present a chronological approach to the science of archaeology from prehistory to the Byzantine Empire. We'll also add a section with gold coins and other precious objects never exhibited due to the lack of space.”

The second phase of the project is slated to be finished by June 2020. The third phase will involve the architectural and sarcophagi sections on the ground floor and the 19th-century library. Micka is upbeat. “The renewed museum will blend in the experience of Istanbul as a city,” he asserted. “It will become a highlight of a visit.”