Turkey caps off Year of Troy with new museum

As Turkey celebrates the 20th anniversary of Troy's inclusion in the Unesco World Heritage List, a new museum brings its 4,000 years of history and legends to life. 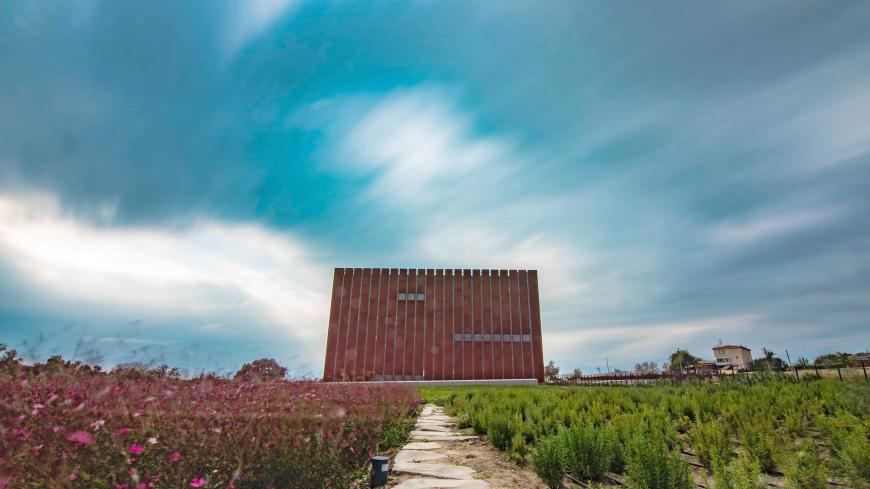 The new Troy Museum in is pictured in Canakkale, Turkey, Oct. 10, 2018. - Facebook/Cihan Kurnaz

A treacherous wooden horse, a blind Greek poet from Smyrna, a thrilling archaeological rediscovery — Troy is an essential component of Europe's cultural memory and imagery, both as history and as literary myth. It is where the West fought the East for the first time three millennia ago, starting a rivalry not yet extinguished and giving inspiration to artists from Homer's epic Iliad to Hollywood's 2004 blockbuster.

It is in Turkey, in the Biga Peninsula — the Troad of ancient times — on the eastern shore of the Dardanelles, at a strategic crossing point linking two continents across the Aegean Sea. The brand-new Troya Muzesi (Troy Museum), which is open to the visitors but still awaiting an official inauguration, is a long-needed complement and lively introduction to the excavation site just a kilometer away, part of the Unesco World Heritage List since 1998.

The museum is housed in a huge and isolated cube emerging from the flat landscape and covered in steel plate the color of rust and terracotta. It is purposely the same height, about 30 meters (98 feet), as the Hisarlik mound where Troy lays in layers, ten settlements built on top of another over 4,000 years.

Omer Selcuk Baz, the Turkish architect who designed the museum in 2011, told Al-Monitor that the new structure “is suggestive of a huge infopoint, or of a spaceship.”

“It's like an object indifferently fallen from the sky or dug up from the soil, it gives you the impression that it may belong to either the past or the future,” he said.

It took five years to finish the museum at a total cost of around 50 million Turkish lira (slightly less than $10 million). It extends over an area of more than 11 square kilometers (118,403 square feet) on three levels. It displays some 2,000 artifacts and has more than 40,000 in its storehouse, mainly brought from the archaeological museums of Canakkale and Istanbul.

A ramp leads down to the underground entrance. Ten glass cases lining the retaining wall present objects representative of the 10 settlements of Troy, from the most recent Roman/Byzantine to the deepest going back to the third millennium BC — the early Bronze Age. “It's like a time tunnel,” Baz explained.

Inside, visitors find the ticket office, where they can get a ticket for 35 Turkish liras ($6), a hall for temporary exhibitions, a conference room, a gift shop and a cafeteria. A much bigger area, closed to the public, hosts rooms for the administrative and technical staff, repositories and laboratories. Everything seems well organized, cozy and bright.

Deniz Unsal, a cultural anthropologist previously at Bilgi University in Istanbul and now at the University of Victoria in Canada, was in charge of the design of the permanent display and coordinated an international committee of scientific advisers. She told Al-Monitor that her main goal was “to turn the specialized knowledge of the archaeologists into a language easily understood by everybody, through a mix of objects, written information and digital tools.” She has succeeded.

The Troy Museum is in in fact a museum of the whole region, the Troad. It presents findings from Alexandria Troas, Assos, Parion, the Dardanos tumulus, the temple of Apollo Smintheus, Imbros and Tenedos — the twin islands at the entrance of the Dardanelles. These treasures include world-known masterpieces such as the Polyxena sarcophagus, with scenes from the Trojan war, the jewels of the Dardanus tumulus, earthenware figurine musicians excavated in Assos and 24 golden ornaments repatriated in 2012 from the Penn Museum. Troy and the Troad are put in the larger context of their relations with other ancient peoples such as the Mycenaean Greeks and the Anatolian Hittites.

The 10 layers of the ancient city are introduced one by one, through archaeological evidence and virtual reconstructions. From them emerge Troy's position in history as a perpetual scene of the archetypical conflict between East and West.

After being destroyed by the war that Homer narrated, Troy was rebuilt as Ilion by settlers from Greece and became a pilgrimage center. It was honored in turn by King Xerxes of Persia and Alexander the Great, by the emperors Augustus and Hadrian in Roman times, by Sultan Mehmed after the conquest of Constantinople and even by Mustafa Kemal Ataturk during the Gallipoli campaign in 1915.

Visitors are led to the other two exhibition levels of the museum via a gently sloping ramp. There are no stairs. On the second level, the main characters of the Iliad — Achilles, Helena, Athena, Poseidon — are historically contextualized in a world made of wars, commercial exchanges and religious rituals.

On the last, archaeologists take the stage. There are Germany's Heinrich Schliemann, who rediscovered Troy in 1871 after a few centuries of languishing in obscurity and stole a treasure of golden jewels now at the Pushkin Museum in Moscow, and Manfred Korfmann, who was the first to propose a museum next to the ruins a few decades ago and became a Turkish citizen under the name of Osman. A final section catalogues all the known precious objects from Troy shown abroad and openly expresses the desire to get them back in the future.

The establishment of the Troy Museum was part of a larger initiative by the Turkish Ministry of Culture and Tourism for 2018. The 20th anniversary of Troy's addition to the UNESCO list was to be celebrated in a long series of activities culminating in a “Grand Meeting of Troia.” The idea was to bring together all the cities and locations historically linked to Troy for four days of cultural and sports events, but the festival never took place.

Rustem Aslan, the director of the archaeological excavations, explained to Al-Monitor, “Two other initiatives seem more apt to attract tourists to Troy and give them a more rewarding experience.” The first is a walking path from Troy to Assos on the Aegean Sea, connecting the most important historical sites of the Biga Peninsula and passing through small archaeological sites.

The second, sponsored by the petrol company Opet, is the ongoing transformation of the nearby village of Tevfikiye as an archaeo-village with coffeehouses, a bed-and-breakfast, cultural and arts centers, an ethnological museum, gift shops and the reconstruction of an ancient house. Both projects involve the training of the locals in tourism management, handicraft production and environmental protection. Along with archaeologists and museum officials, they will be the custodians of Troy's memory in the 21st century.