Egypt holds its breath for development of underwater museum

The project to build an underwater museum in Alexandria has been revived after years of having been stalled. 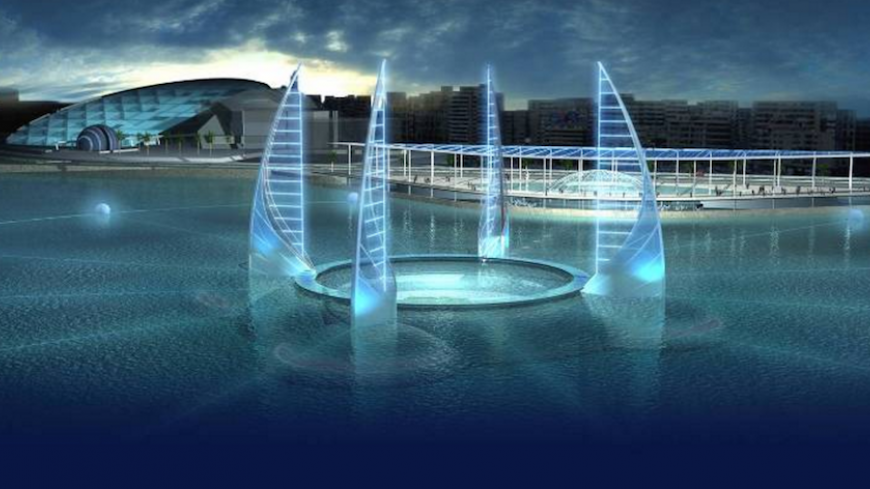 CAIRO — Egyptian Minister of Antiquities Mamdouh al-Damaty announced Sept. 9 that his ministry is planning to develop an underwater antiquities museum — the first of its kind in the world. The museum would be located in Alexandria governorate and would showcase the ancient Egyptian civilization. The project is estimated to cost $150 million.

“The museum will reshape the Arab region, as it will be the first of its kind in the world. Undoubtedly it will revive tourism and boost the Egyptian economy after a long recession,” Youssef Khalifa, the chairman of the Central Administration of Lower Egypt Antiquities, told Al-Monitor.

“The museum will consist of two parts: One part above the water surface for the relics that have been recovered and another part underwater, stretching over a distance of 7 meters [23 feet] to display the antiquities that are still in the water. Visitors will be able to see the relics either by diving or walking inside underwater tunnels. There will also be glass submarines taking tourists on a tour inside the museum,” Khalifa said.

He added, “The museum will include four tall underwater buildings in the form of Nile boats connected to one another over an area of 22,000 square meters [5.4 acres]. They will be lined up in a circle with a radius of 40 meters [131 feet]. The museum will accommodate 3 million visitors a year.”

This idea, however, is not the first of its kind. The Ministry of Antiquities had already announced on Oct. 1, 2008, through the Secretary-General of the Supreme Council of Antiquities Zahi Hawass, the completion of a feasibility study by the European Institute for Underwater Archaeology, under the auspices of UNESCO, to start developing the museum.

In a supportive step, on May 27, 2010, UNESCO sent to Egypt an international scientific advisory committee that included a number of prominent international experts to keep pace with the feasibility study in order to immediately start the project. However, with the eruption of the January 25 Revolution, the project came to a halt, as chaos swept the country, the economy suffered a setback and a volatile security situation emerged.

On Sept. 2, 2013, two years following the Egyptian revolution, UNESCO expressed interest again in establishing the museum. It had sent a group of international archaeologists to study the location of the project in the eastern port area in central Alexandria, and to discuss its economic and cultural impact.

The choice fell on Alexandria governorate given its submerged archaeological treasures and relics. The sunken Royal Court or Cleopatra’s Palace lies at a depth of 6-8 meters. There is also the Pharos (lighthouse) of Alexandria, which is one of the Seven Wonders of the World, at a depth of 5-10 meters. Alexandria is also home to the Citadel of Qaitbay, which dates back to the ancient Greek and Roman civilizations.

Despite the archaeological treasures that have been submerged for thousands of years, the Ministry of Antiquities has failed to recuperate, use or safeguard them. On Oct. 1, 2013, during a symposium held at the Egyptian Journalist Syndicate offices, Egyptian archaeologists discussed ways to protect the underwater relics, following the theft and smuggling abroad of many antiquities.

“We admit that many submerged relics were stolen but the situation is not as bad as some claim. Stealing archaeological pieces from underwater requires major preparations, boats and scuba divers, which makes them less prone to theft, unlike other relics [on land] that are easier to steal,” said Mohammed Mustafa, head of the Ministry of Antiquities’ General Directorate of Sunken Antiquities.

He told Al-Monitor, “Underwater excavations and extraction of relics is not as easy as it might look to some. The journey begins with the detection of archaeological sites with water level sensors, metal detectors and site detectors connected to satellite dishes. Divers are equipped with strong lighting and pumps, and then relics are pulled to the boat deck by pumps, wires or air balloons. This is why stealing relics from underwater is a lot trickier than those on land."

Mustafa added, “This process is applied to relics that are not submerged more than 200 meters. For archaeological pieces located below this level we will keep them until we establish the museum, where they will be displayed."

He considered that the “crux of the problem is Alexandria’s polluted water. It is difficult to spot archaeological sites in muddy waters, especially those that have been submerged for decades.”

Egypt signed the UNESCO Convention on the Protection of the Underwater Cultural Heritage in 2001, which provides for the protection of underwater cultural heritage against theft and any infringements.

About the real reasons behind the delay in the completion of the museum all these years, Mustafa said, “The state has to have a real will to take necessary measures. All concerned parties ought to cooperate to complete the required studies, at the economic and social level, taking into account the effect of the wind and waves, among other considerations. This work is not limited to the Ministry of Antiquities alone. Despite the huge cost of the project estimated at more than $150 million, this will not be an obstacle for the completion of the project with the cooperation of UNESCO and other foreign funding countries as the museum will be open to visitors from around the world and not only to Egyptians.”