Egyptian antiquities discovered in the now sunken city of Heracleion and nearby towns are being displayed in exhibits worldwide in a bid to revive Egypt's declining tourism sector. 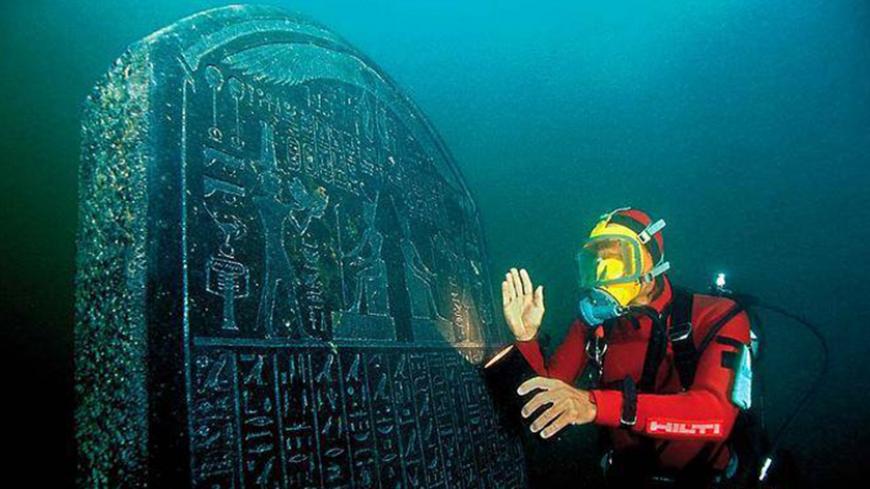 Off the coast of Alexandria, the underwater antiquities date back thousands of years and include palaces, columns, ships, castles and statues that sunk after Alexandria witnessed a series of earthquakes throughout history. The exhibition “Osiris: Egypt’s sunken mysteries” displays many artifacts discovered through underwater archaeological excavations, and is currently on display at the Rietberg Museum in the Swiss city of Zurich. Egyptian Minister of Antiquities Khaled al-Anani opened the exhibition on Feb. 10.

The exhibition in Zurich displays 293 artifacts that tell the myths of Osiris, the Egyptian god of the underworld, and Egypt's sunken antiquities that were found in the towns of Heracleion and Abu Qir and the eastern port of Alexandria. The artifacts have been selected from several Egyptian museums.

Before the inauguration of the exhibition in Switzerland, Anani announced at a press conference Feb. 9 that the exhibition had been a success in the European capitals of Paris and London.

He said, “The ministry will hold more archaeological exhibitions in various cities and capitals around the world given the high turnout of ancient Egyptian civilization lovers. The exhibition aims to introduce these fans to the archaeological treasures of the Egyptian civilization. This is the best promotional way that can help Egypt restore its touristic activity. The ministry has taken all the necessary legal and insurance procedures to protect all the exhibition’s artifacts until they return to their homeland.” 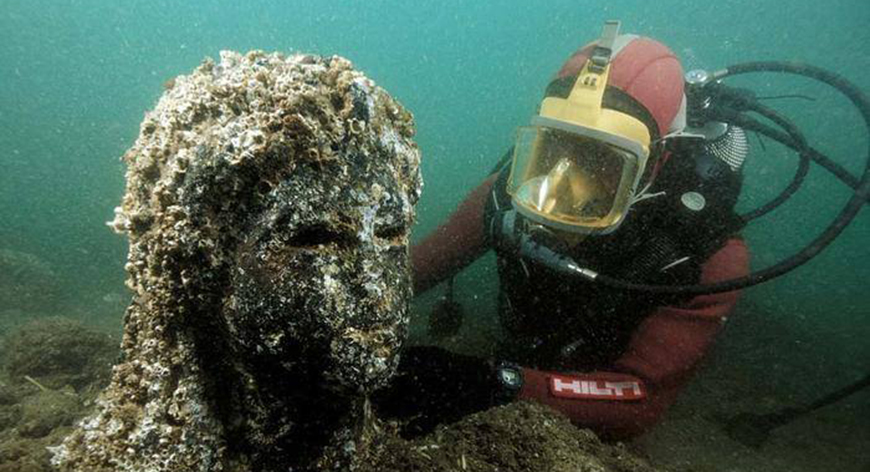 A diver inspects a statue that is thought to be a representation of Cleopatra II.

Mohammed Abdul Majid, the director general of the Underwater Antiquities Department at the Ministry of Antiquities, told Al-Monitor, “The exhibition positively affects the sunken monuments and draws the world’s attention to the importance and originality of these antiquities.”

Abdul Majid said, “There are many missions that worked on the exploration of sunken antiquities, most notably the French mission led by Jacques Dumas in 1983 and 1984, which came to search for Napoleon's fleet in the waters of the Abu Qir Bay. The mission found the L’Orient flagship as well as the L'Artemise and La Serieuse frigates. Another French mission for underwater archaeological research returned in 1986 and worked on finding a ship named Le Patriote off the coast of the Alexandria neighborhood known as “al-Max." For its part, the mission of the European Institute for Underwater Archaeology discovered the royal quarters of the ancient city of Alexandria in the city's eastern port in 1996. Napoleon's fleet was rediscovered in 1998, while [the ruins of] east Canopus were discovered in 1999 and the city of Heracleion in 2000."

An international competition was organized under the auspices of UNESCO to create an underwater museum for sunken antiquities, and the architectural design submitted by famous French architect Jacques Rougerie was selected. While the project was supposed to be completed in September 2009, it has yet to be achieved. In this regard, Anani said, “The establishment of an underwater museum for sunken antiquities would cost up to $350 million, a difficult task amid the financial crisis plaguing the ministry.” 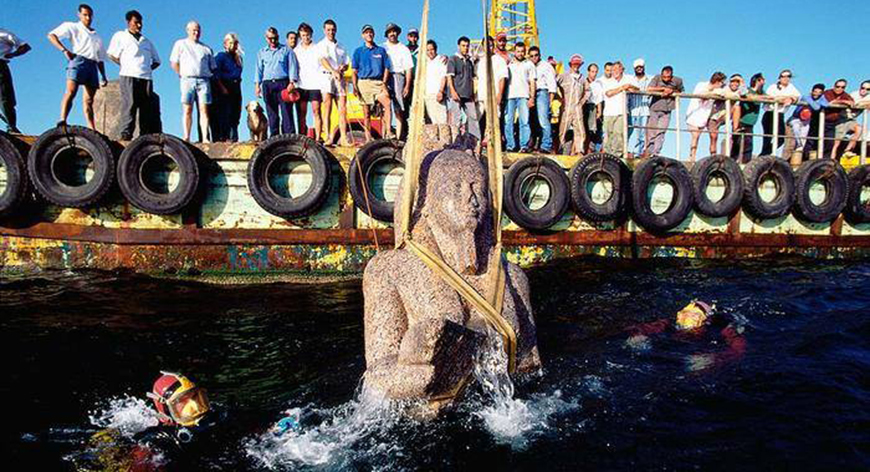 One of the statues that was discovered is hoisted out of the sea.

Asked about the sunken antiquities’ exploration stages, Abdul Majid said, “The first phase is the archaeological survey, followed by the antiquities’ evaluation and examination. Then there is the phase of excavation, documentation, drawing, photography and spotting of antiquities on the location map and the map of Egypt. The decision whether to pull out the antiquities or not is based on how much the artifacts can be restored, the effects of leaving them in the water and whether pulling them out with a net could impact their structure. The decision also depends on the artifacts’ proximity to diving sites and their potential relocation due to the waves.”

Emad Khalil, a professor of Maritime Archaeology at the University of Alexandria, told Al-Monitor, “Holding an exhibition for sunken antiquities in Western countries such as Switzerland contributes to the return of tourism to Egypt and to introducing valuable Egyptian antiquities to the West."

However, Khalil criticized the Ministry of Antiquities for holding the exhibition in several European capitals, but not in Egypt. He said this is odd as “before the Westerners, the Egyptians should be made aware of the value and greatness of their own history.”

Khalil added, “Moving forward, the sunken antiquities issue must be dealt with differently, and only historic ships that adversely affect the salty sea water must be pulled out. The other antiquities must be left under water for display.”