Prime Minister Benjamin Netanyahu’s victory in the Likud primaries shows that Likud seniors will not abandon the ship captained by their indicted leader. 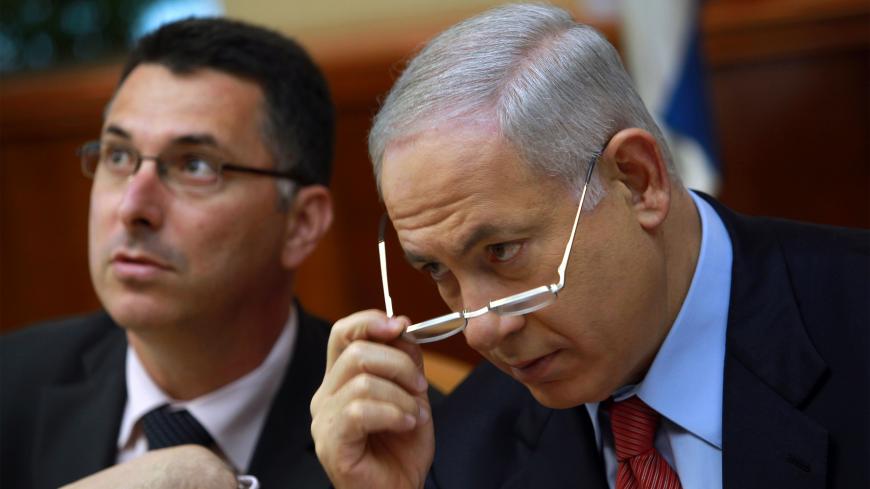 Israeli Prime Minister Benjamin Netanyahu looks over his glasses as he and Education Minister Gideon Saar chat at the start of the weekly cabinet meeting, Jerusalem, Oct. 18, 2009. - David Silverman/Getty Images

Prime Minister Benjamin Netanyahu’s sweeping victory in the Dec. 26 Likud primaries allows him to launch his next campaign for the premiership under far better conditions than prior to the September elections, even though this time, he will be under indictment for bribery. It means the Netanyahu paradox will be with us during the country’s third election of the past year.

Netanyahu not only survived in the party primaries, he dealt a knockout blow to the man who sought to replace him, Knesset member Gideon Saar (receiving 41,792 votes to Saar’s 15,585). Saar used logic to appeal to the party’s members, arguing that unlike Netanyahu, who had failed twice to form a government, he would succeed. However, he failed to convince them and his image took a severe beating. He had hoped to garner at least 35% of the vote, but ended up with only 27.5% of the vote. He now heads a camp comprised of five Knesset members out of the Likud’s 32, but is unlikely to use this support as leverage against Netanyahu — certainly not if he wants to ensure his survival in the Likud and to run again for its leadership in the future.

In hindsight, the primary elections that he forced on Netanyahu, and that appeared to signal a serious threat to the prime minister and his prestige, turned out to be the best thing Netanyahu could have hoped for. In recent weeks, he has toured Likud strongholds around the country, energizing party members who embraced him with authentic shows of support, and gave him legitimacy to continue leading the party even in his current legal predicament. Saar miscalculated his own backing within the Likud, believing that the Likudniks want to retain the party’s hold on power at all costs. However, members voted en masse for Netanyahu, knowing they may find themselves following him to the opposition benches after the March elections.

Netanyahu’s victory will have an immediate effect on the campaigns ahead of the next elections. Netanyahu has quashed the rumors swirling around him for the past year of an imminent Likud revolt against his leadership. This idea, it turns out, never had real grounding among the Likud rank and file. It was kindled by his rivals in the opposition Blue and White Party, Yisrael Beitenu chair Avigdor Liberman and by Saar himself. Netanyahu’s opponents will no longer be able to claim that he is finished in the Likud.

“Behind the screen, we are all free men,” Saar said, quoting revered late Likud leader Menachem Begin. If that is the case, then the massive support for Netanyahu was not coerced. In his victory speech, Netanyahu was clear: “Yesterday, I received a renewed, massive mandate from the Likud.”

From now on, all the Likud ministers will stand by him, sticking close to bask in the warm support he enjoys among the Likud membership in the hopes that they will be rewarded with a higher place on the party’s list of Knesset candidates. Saar, too, at least according to his concession speech late on Dec. 26, appeared ready to toe the line and is expected to back Netanyahu in the upcoming election campaign. Time will tell whether his daring challenge of the party leader will hurt him within the Likud. The Likud members did not like Saar’s attempt to unseat Netanyahu, despite the decision by the attorney general to indict Netanyahu on charges of bribery, fraud and breach of trust. They seem to have associated the challenge with the Blue and White, which had demanded that the Likud replace its leader.

The Likud members once again proved that they will not abandon an incumbent prime minister, even one who fails to bring the party to power. Decades ago they repeatedly elected Begin to lead them, despite knowing that he would take them to the Knesset opposition. This rule appears to be valid even for a leader under a criminal cloud.

Moreover, an analysis of the primary results reveals the depth of Netanyahu’s hold on traditional Likud bastions — the towns of southern Israel and the urban social periphery. The best example was the vote in the southern coastal town of Ashkelon, which Netanyahu visited on his final rally in the evening of Dec. 25, hours before the voting began. He was greeted by a hall jammed with supporters, as was the case almost everywhere he campaigned in recent weeks. Although a blaring siren warning of an incoming rocket from Gaza forced his bodyguards to rush him off the stage, the crowd cheered its affection and admiration when he returned.

It was an exact replica of his rally in the neighboring town of Ashdod ahead of the September elections, also interrupted when a terrorist group fired a rocket at the town and forced him off the stage. Some observers may have interpreted these two events as an embarrassment for the tough-talking leader, but his Likud supporters were undeterred. Netanyahu received 77.8% of the primary votes in this traditional Likud bastion, whose residents have been living under Hamas rocket threats for years. In Ashdod, he garnered 76% of Likud members’ support. In Sderot, the southern town that has become emblematic of the government’s helplessness in the face of Hamas, Netanyahu’s numbers were even more impressive: Over 88% of the town’s Likud members voted for him. In nearby Netivot, he passed the 90%.

The results illustrate that despite the indictment and two failures to form a Likud-led government, he enjoys absolute support in the major strongholds, which are the heart and soul of the Likud movement. Blue and White tried to put a dent in the Likud support in these towns, but failed in both 2019 elections. Netanyahu and the Likud will likely continue to enjoy this support in 2020, meaning that barring dramatic and unforeseen events, the next elections will also yield a tie between the right and centrist political blocs in spite of the indictment.

“I fought for them and they fought for me,” Netanyahu said in his victory speech, launching his campaign for the premiership, this time under a criminal indictment on a bribery charge. In the next few days, Netanyahu will submit an official request to the Knesset to grant him immunity from prosecution. This act, too, which some would expect to have a chilling electoral effect, won't deter his supporters. They will keep voting for him.