Iraq on brink of abyss: What happens next?

The steadily increasing crisis in Iraq is getting deeper over time, opening the space for a total political collapse. 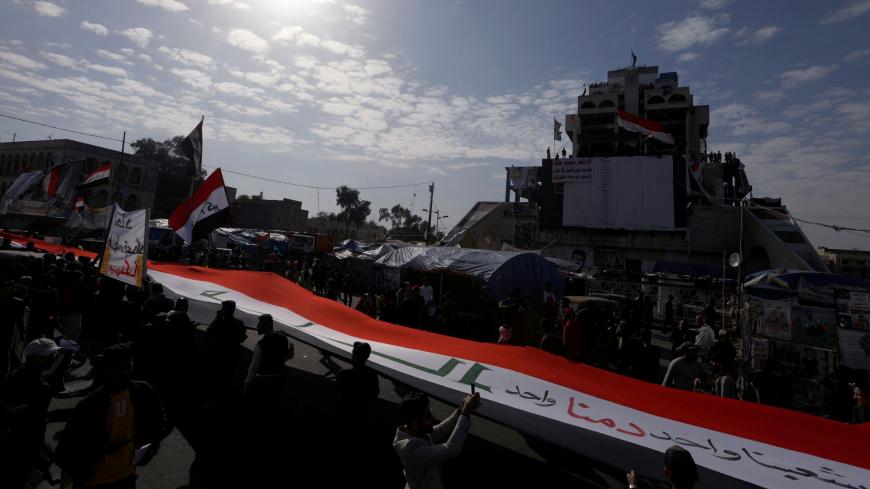 Iraq's political crisis is getting increasingly deeper while the security situation is steadily declining, pushing the country toward further uncertainty and possible political collapse.

What are the conflicting forces and sources of the crisis, and what are the possible scenarios for Iraq's immediate future?

Four main forces are actively operating against each other in Iraq, shaping the political situation and deepening the ongoing crisis:

The most important issue now is selecting the new prime minister. The Al-Binaa Alliance — consisting of the PMU’s Fatah bloc and former Prime Minister Nouri al-Maliki’s State of Law coalition and other pro-Iran political groups — insists on nominating a candidate close to Iran and from the current political class. But the protesters are asking for a new, independent face with a nationalist character.

Following Iraqi President Barham Salih's rejection of the last Al-Binaa nominee, Asad Aidani, the group maneuvered toward a withdrawal of confidence from Salih, but was unable to put together enough votes in parliament as the Kurds, Sunnis and some Shiite parties expressed their support for the president. Salih has advised the parliament that he would only resign if Al-Binaa forces him to nominate a candidate who is not accepted by the people. To resign, he must send a formal resignation to the parliament. The resignation would then take effect after seven days if the parliament did not vote on it earlier.

Al-Binaa sent a list of candidates to Salih on Dec. 29, asking him to select one and present the name to parliament for a vote. The list includes former Communications Minister Mohammed Tawfiq Allawi, Tawfiq al-Yasiri, who is a retired general, and Abdul Ghani Ajeel al-Asadi, a general who commands the Iraqi special operations force. It is not clear yet whether the protesters will accept any of the names, although there was no immediate objection expressed in the streets as happened previously when the names of nominees were put forth.

A few days before, Sadrist movement leader Muqtada al-Sadr, a controversial Shiite cleric who is currently in Iran, nominated three candidates for prime minister. However, he withdrew the names soon after, saying he had not received any response from the protesters and thus would not nominate anyone else.

The electoral commission is set to be formed of judges, giving certain political influence to the head of the judiciary system, Faiq al-Zaidan, who is close to Iran and its allies in Iraq. This is contradictory to the principle of the separation of powers; people objecting to the composition of the commission have suggested that its members be selected via a random drawing of retired judges, preventing the judiciary from having influence on them.

The new electoral law is also controversial. It gives freedom to the voters to choose individual candidates rather than political parties and lists. Although this could end the domination of conventional political parties such as the Dawa party and the Hikma movement, it could increase the power of populist groupings such as the Sadrist movement and some PMU forces such as Asa'ib Ahl al-Haq that have strong financial and military positions that could allow them to buy votes. Some political parties, especially the Kurds, are asking for the law to be amended to allow fairer competition between different political forces.

The steadily increasing escalation is limiting Iraq's options and pushing Iraqis toward possibly having to choose between bad or worse scenarios.

The above all indicate that Iraq is moving steadily toward a greater uncertainty that could affect the entire region unless the internal and external forces involved in Iraq reach an agreement relatively acceptable for all parties.