Iran's Reformist factions are in for an uphill climb leading to the parliamentary election because of their legislators' lackluster performance since the 2016 election. 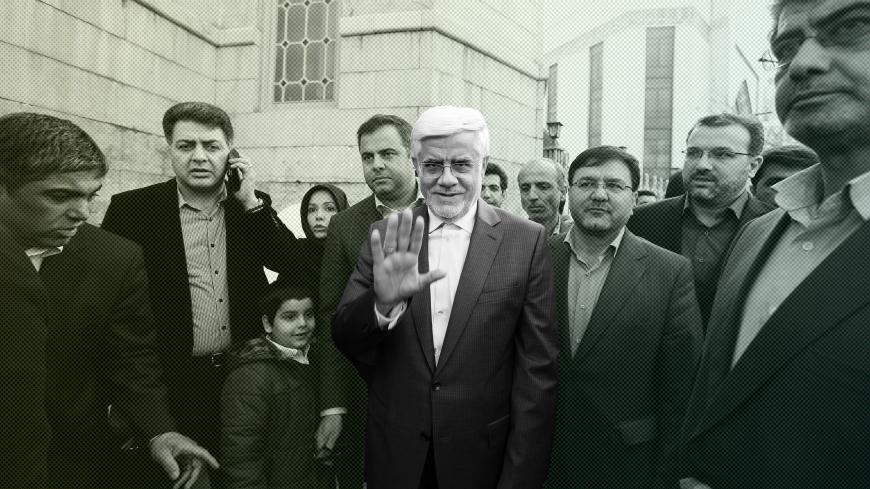 As Iran's Reformists map their strategy for the February 2020 election, their camp is struggling to improve its public image, given its dismal record in parliament.

During the past two years, public criticism of Reformist parliamentarians has grown, as many are accused of not keeping their promises to constituents.

In the 2016 parliamentary elections, many prominent Reformists were rejected by the conservative-dominated Guardian Council, which vets candidates. This caused Reformist leaders to go with lesser-known figures, or those who were only marginally aligned with their movement. Reformists still were able to secure victories, but afterward, most of the newcomers didn't follow through on their promises, disillusioning the public. Plus, a number of them decided not to join the Reformist-only faction in parliament and instead aligned with conservatives to some extent.

Troubled by their damaged reputation, the Reformists have now come up with a new strategy they have dubbed SARA (Reformists Polling System) to select qualified and loyal candidates. The strategy was adopted Nov. 3 by the Supreme Council of Reformists, chaired by Mohammad Reza Aref, the Reformist leader in parliament. The 44-member council, which consists of various parties’ representatives and 15 independents, has always faced criticism for its diverse membership and the process by which it selects those members. But the council's top members have resisted and even overcome critics' proposals to replace the council with another body consisting only of Reformist factions.

The council describes the SARA electoral roadmap as “a step toward a more democratic, transparent and efficient selection of Reformist candidates."

Previously, the council acted alone to select candidates. Based on SARA, parties and council members register their preferred Reformist candidates. Then the candidates hold a transparent vote to select the finalists from among themselves. It's still not clear what role the public might play in determining these finalists.

Three prominent parties — Kargozaran Sazandegi, Etemaad Melli and Hezbe Eslami Kaar — have voiced their opposition to the strategy. They say that based on SARA, every faction represented on the Supreme Council of Reformists is allowed to introduce and register 20 preferred candidates, and therefore small parties that are aligned with powerful ones will have the opportunity to select many more candidates than they would otherwise.

Esmail Gerami-Moqaddam, spokesperson for the Etemaad Melli party, stated Nov. 11 that the SARA process is lopsided.

“A party like Kargozaran with [just] two members [on the Supreme Council] can only introduce 40 [candidates]. The result of such an approach is that Kargozaran will lose the election from the very beginning."

Moreover, 15 out of 44 members of the Supreme Council are independents, appointed by Reformist leader Mohammad Khatami, and they each can also introduce 20 candidates.

Reformist activist Ahmad Hakimi-Pour said Nov. 27, “The biggest problem of this plan is that it weakens the parties. It has been said that this plan is in line with interests of parties, but this is not right."

He added, "Does an individual equate to a party? Are their functions the same? This is absurd."

Despite the censures, the Supreme Council appears ready to go forward with its SARA strategy, since Reformist leaders Khatami and Aref have endorsed the plan. However, the disagreements over SARA may lead opponents to come up with their own tickets, decreasing the Reformists’ chance in the election.

Meanwhile, many Reformists expect the hard-liners to win the election, as the poor performance of Reformist parliamentarians has disappointed people, who aren't likely to take part in the upcoming election at all as they strongly believe they aren’t able to bring about any positive change. This means the number of Reformist voters would sharply diminish in the election.

The registration of only a small number of Reformist candidates for the election indicates most agree with their constituents. In this vein, respected Reformist Abdullah Ramezanzadeh tweeted Dec. 6 that, given the Guardian Council’s undemocratic function, he won't run for election. He then called for holding a free election without the interference of the Guardian Council. Moreover, on Dec. 7, outspoken Reformist parliament member Parvane Salahshouri declared her decision not to nominate herself, owing to the Guardian Council and the recent protests in Iran that have led to more than 200 deaths and more than 7,000 arrests.

Nonetheless, it's possible the Guardian Council might unexpectedly approve most of the Reformist candidates, as it is confident they won't win. Such a Reformist failure would cause the candidates to lose their support base and further damage their public image — while the council could claim that the Reformists’ objections to the election procedure are meaningless.

Now we must wait to see what happens in the next two months, as the final days and weeks have always proved to be a game-changer in Iran, where sudden developments are always possible.