Harsh criticism of the Reformist camp has led to soul-searching among its members, with institutional reform on the horizon. 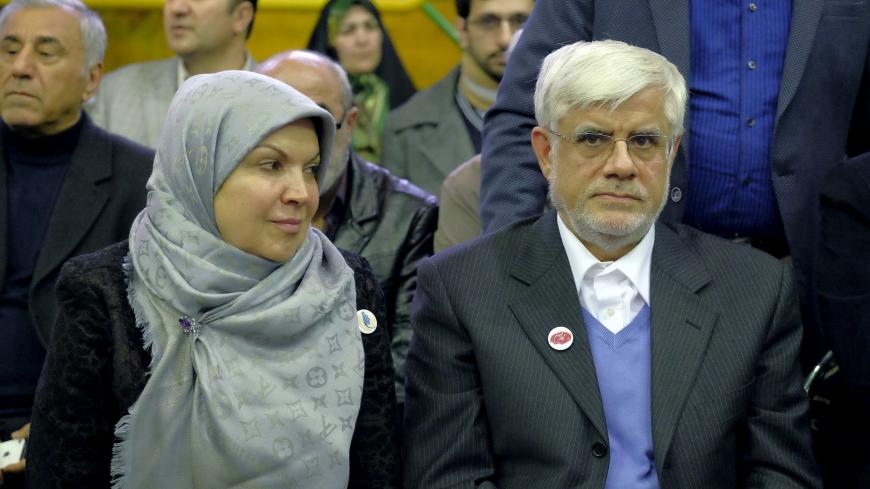 Despite mounting criticisms, member of parliament Mohammad Reza Aref — a one-time presidential candidate — was recently re-elected as the chairman of the Reformists’ Supreme Council for Policymaking, an appointment that may widen the gaps within the Reformist camp and further diminish its social capital.

The council was formed in 2015 with the aim of organizing and mobilizing all Reformist groups. The Council for Coordinating the Reforms Front, which includes most of the Reformist parties, had proposed the formation of the aforementioned council to the camp’s leader — former President Mohammad Khatami — leading to the marginalization of a large number of Reformist parties.

The 44 members of the Reformists’ Supreme Council for Policymaking are both representatives of various parties as well as individuals. However, many Reformist parties have refrained from joining the council as they are critical of its structure and chairman.

According to critics, the role of parties has been minimized in the council. Rasoul Montajebnia, a senior Reformist figure, stated last year, "We recognized the council for resolving the disagreement that had erupted [within the camp]. This council was not supposed to … replace the parties."

Moreover, critics argue that those on the council — including Aref — have not been appointed through a democratic process. Ali Tajernia, a Reformist figure, noted on Oct. 6 that party representatives should replace the individuals. Of note, the individuals on the council are chosen by a committee composed of senior Reformist figures formed by Khatami.

As stated by Hassan Assadi Zeidabadi, a young Reformist, Khatami has asked a number of prominent members of the camp — including his former Interior Minister Abdollah Nouri and former presidential candidate Mostafa Moein — to join the Supreme Council, but they have refused, which may show to what extent the most senior figures of the Reformist current are critical of the council.

The council's handling of the 2016 parliamentary elections and 2017 city and village council polls drew criticism from senior Reformists, as the candidates who had been placed on the Reformist tickets weren’t picked by the council democratically. In this vein, a number of the candidates who were on the Reformist ticket were simultaneously members of the Reformists’ Supreme Council for Policymaking. Moreover, an undeniable number of Reformists who entered parliament and city councils have been accused of giving concessions to conservatives while forgetting the notions and promises of Reformism.

Meanwhile, many are blaming Aref for the internal chaos inside the Reformist current. Aref, who was the Reformist candidate in the 2013 presidential election and withdrew from the race due to pressure from Khatami, has now been re-elected as the chairman of the Reformists’ Supreme Council for Policymaking. The Reformists have censured him for his "passivity" and his "mismanagement" of the council.

Reformist activist Tajernia stated on Oct. 6, "Aref doesn’t have the [necessary] experience for political and organizing activities. … If I were a member of the Supreme Council, I would have said that to respect public opinion and the existing criticisms, we should not elect Dr. Aref as the chairman."

In reaction to the re-election of Aref, Abdullah Momeni, a prominent Reformist, tweeted on Nov. 14, “[The re-election of] Aref was the last blow to the bodiless coffin of Reformism." He then called the Supreme Council a "tribe," saying that it paid no attention to the danger of losing its social capital. Furthermore, according to a number of Reformist media outlets, Aref has been accused of appointing individuals to the council who are close to him.

Aref has also been slammed for his performance as the head of the Reformist Hope, or Omid, faction in parliament. Prominent political pundit Sadegh Zibakalam stated last year, "In terms of leadership and the Omid faction, the performance of Aref has not been acceptable at all. In terms of being the leader of the Reformists, has he done anything [positive] or has he given an appropriate speech [at parliament]?” In addition, Reformist Sazandegi daily took a swipe at Aref on Oct. 9, saying, "A [true] politician is known for his reactions and not his passivity."

However, Aref's re-election has been welcomed by hard-liners. Abdullah Ganji, the chief editor of hard-line Javan daily, tweeted on Nov. 17, "That the wise figures of the Reformist [current] prefer Aref to seculars and liberals … indicates that the activities of [such] extremists … have made the [Reformist current] tired [of them]."

Will the ‘Parliament of Reformism’ replace the Supreme Council?

On June 12, 100 Reformist activists wrote an open letter to Khatami asking for the council's members to be changed and for the formation of a "national Reformism institution." The authors of this letter warned that inattention to the existing weaknesses may lead to Khatami's reputation being tarnished, and to Reformists not being able to attract votes in the next elections.

As maintained by the letter, the way the Reformist ticket has been arranged for the last two elections demonstrates the "serious weaknesses" of the council. The formation of the council through an "electoral process" and by the people is among the most important demands of the letter's authors.

Reformist figures have recently brought up both those demands. The draft of the "parliament of Reformism" has been distributed among the parties of the Council for Coordinating the Reforms Front. In this vein, a number of Reformist parties, including Mardomsalari, have reached a consensus over this plan inside their own party, but the final decision will be made in a session of Council for Coordinating the Reforms Front.