With Iran’s next parliamentary elections just eight months away, the moderates and Reformists are talking about ending their coalition, raising concerns that the hard-liners will return to power. 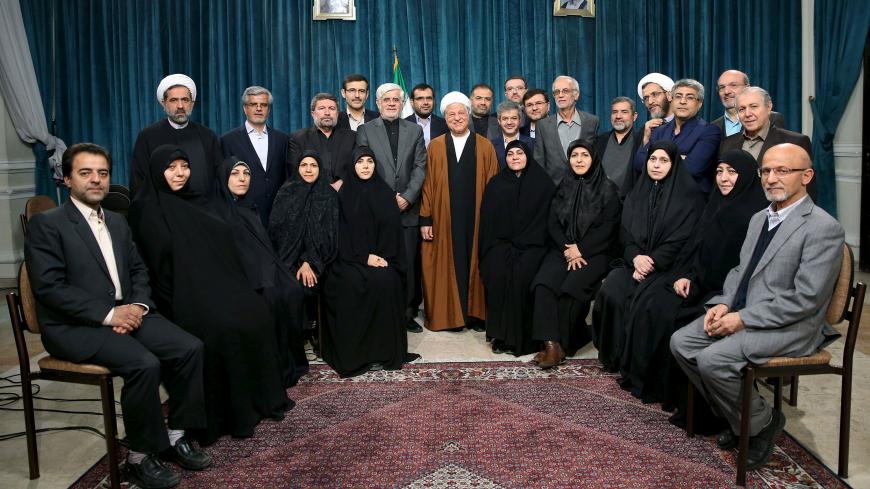 Iran’s Reformist-moderate coalition appears to be nearing its end as the two sides say they will not cooperate with each other in next year's parliamentary elections, raising concerns that hard-liners will win the vote again.

Iran’s Reformist and moderate movements joined forces against the hard-liners during the 2013 presidential election won by moderate Hassan Rouhani. They maintained this coalition in the February 2016 parliamentary polls as well as the 2017 presidential election and achieved victory each time. The two groups have repeatedly stated that the reason for forming the coalition and putting aside some of their past differences was the fear of hard-liners being in power.

During the 2016 parliamentary vote, their coalition, under the name of “List of Hope,” won a landslide victory over hard-line conservatives and secured most seats in parliament. Yet when the new parliament convened, the moderates and Reformists parted ways due to differences over who should be speaker and formed two different factions. This marked the first division in their coalition. In the years that followed, some cooperation could still be seen between the two. However, during the parliament's internal elections last month, confrontations over whom would be appointed to various posts reached such a point that there was talk of ending their cooperation altogether.

However, similar rifts have taken place between the two groups in the past. In the summer of 2017, when Rouhani was deciding the lineup of his second Cabinet, his main support camps — the Reformists and moderates — were once again divided. The Reformists, who believed Rouhani had won the election with the help of their social base, saw him giving the reins of the government to the moderates, led by Rouhani’s chief of staff, Mahmoud Vaezi. They were critical when they saw Eshagh Jahangiri, Rouhani’s first vice president and the most prominent Reformist member in the administration, being completely pushed to the sidelines. Many Reformists believe Vaezi was the impetus behind the sidelining of Jahangiri.

In October 2018, Jahangiri said that although he was the No. 2 person in the administration, he did “not even have permission to fire" his own secretary. This statement not only was an indicator of Jahangiri’s declining standing, but it also showed the intensity of the rivalry between the Reformists and moderates within the government. Following Jahangiri’s statement, Gholamhossein Karbaschi, the secretary-general of the Executives of Construction Party, which Jahangiri is also a member of, suggested that the vice president resign from his post.

Some of these rifts can already be expected to be seen in the 2021 presidential elections. While moderates see parliament Speaker Ali Larijani as the best candidate to run for president, most Reformists believe Eshagh Jahangiri deserves this candidacy more.

The current reality is that a rift between the Reformists and moderates appears to be increasing day by day. This rift not only appears to be the end of their coalition, but according to many political activists, could have dangerous repercussions such as the re-emergence of hard-line conservatives in power. The next round of parliamentary elections will be held Feb. 21 and it is unclear whether this rift will decrease before then.

Meanwhile, it appears that public participation in elections may decline. Mohammad Khatami, Iran’s former president and leader of the Reform movement, told legislators in May, “Even if I repeat [my request], people will not vote anymore.” Khatami’s reference was to 2016, when he asked the public to participate in the elections, a request which was warmly welcomed. The key point here is that experience has shown that low public turnout in elections has always paved the way for hard-liners to return to power and for moderates and Reformists to be pushed aside.

Thus, an end to the moderate-Reformist coalition would certainly be welcomed by the hard-liners. For instance, during the last internal parliamentary ballots in May, the outspoken moderate deputy speaker Ali Motahari, who also seeks to end the political deadlock in Iran, was replaced with conservative figure Abdolreza Mesri, who is close to the hard-liners. Mesri was the minister of welfare and social security during President Mahmoud Ahmadinejad's first term (2005-2009).

In recent weeks, some figures have warned both the moderates and Reformists about this. Moderate member of parliament Gholam Ali Jafarzadeh said, “If the Reformists do not form a coalition with the moderate conservatives, they will lose in the parliamentary elections.” He said, “The danger of hard-liners is serious.” Reformist member of parliament Alireza Rahimi said, “The leaders of the two movements should move toward dialogue.” But Rahimi added, “Unfortunately, both sides accuse each other of not being open to dialogue. Meanwhile, each side claims that it welcomes this dialogue.” Motahari said the confrontations in parliament are the result of “baseless differences and grudges that the heads of these two factions have had toward each other since the start of the 10th parliament” in 2016.

While Motahari invited both sides to work together, there has been no serious signal indicating the revival of this coalition and the resumption of cooperation between the two sides.