The Pentagon's push for more authority to provide security to diplomats and aid workers in conflict zones could allow US aid to penetrate deeper into war zones. 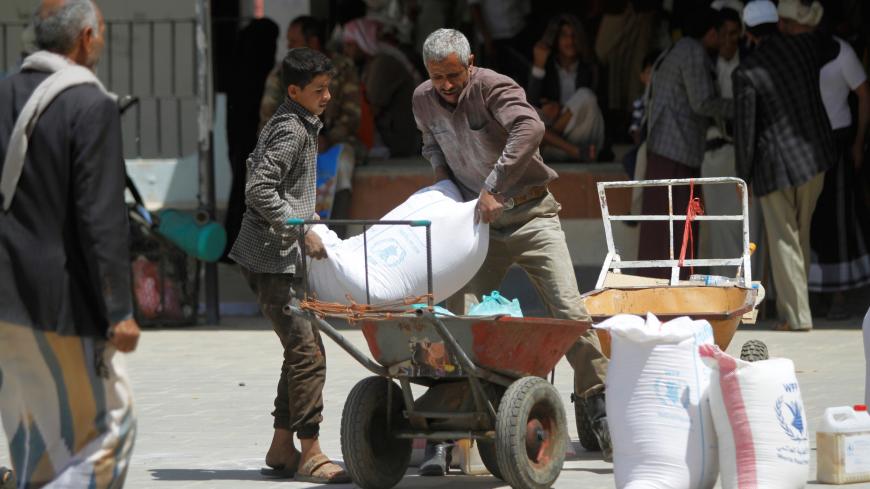 The Pentagon is pushing Congress for more authority to provide security to diplomats and aid workers in conflict zones, a move that could allow US aid to penetrate deeper into war zones in the Middle East such as Yemen.

As part of the Donald Trump administration’s revamped defense strategy, the Defense Department’s office for special operations and low-intensity conflict is spearheading legislation that “will give DoD the authorities to kick-start State and USAID-run stabilization initiatives in otherwise unreachable areas,” said Mick Mulroy, who until last month was the Defense Department’s top Middle East official.

Undersecretary for Defense John Rood, the Pentagon’s number three official, submitted the proposal that would allow the agency to provide as much as $25 million in logistical support and services to support the State Department and USAID’s stabilization efforts, a defense spokesperson told Al-Monitor.

The move comes as the Pentagon revamped its stabilization policy late last year to emphasize establishing security with a limited footprint of American forces working through indigenous and external partners, the spokesperson said.

The Pentagon proposal could potentially set up the United States to have a larger role if negotiations succeed to end Yemen’s five-year war. Since the summer, the State Department scurried to help the country’s warring factions, including the exiled Abed Rabbo Mansour Hadi government, the Iran-supported Houthi movement, the Saudi-led coalition and the United Arab Emirates-backed Southern Transitional Council, come to the bargaining table.

Throughout the conflict, the ability of US and international aid agencies to provide help has been limited by the ongoing violence. “Alone, these agencies cannot begin stabilizing a country at key inflection points in a conflict because they do not have the necessary security to get there,” Mulroy said.

The defense spokesperson said though the Pentagon often has access to conflict zones, the agency “has extremely limited authority to conduct stabilization activities” or to support the State Department or USAID.

The Pentagon is increasingly worried that terror groups such as al-Qaeda in the Arabian Peninsula and the Islamic State — the main focus of American strategy in the war-torn country — as well as Iran could exploit power vacuums in the country. A senior defense intelligence official said last week that Iran provides “not only training” but also financial assistance to the Houthi rebel group, though it’s not clear if Iran has a direct command-and-control relationship.

In particular, US and international officials worry that that militants could entrench themselves in hard-to-reach areas such as in Yemen’s hilly southern region, making them difficult to target with only aerial surveillance in place and a limited presence of American troops on the ground.

“This authority would be a small step toward enabling our interagency colleagues to quickly fill the gap before our adversaries can seize a power vacuum, be it [al-Qaeda in the Arabian Peninsula], [IS] or Iran,” Mulroy said in the October statement as part of the rollout of the Pentagon’s irregular warfare strategy.

The former top Pentagon official added that the Houthis have overtaken towns and critical ports, giving them the ability to steal humanitarian goods and surge forces into those areas to anticipate attacks.

The Pentagon's reexamination of the agency’s role in protecting diplomats in war zones has come as top members of Congress are also looking at options to give the hollowed-out State Department more firepower, such as the Provincial Reconstruction Teams used in the 2007 Iraq troop surge led by Gen. David Petraeus.

In the wake of Turkey’s deadly Oct. 9 incursion into northern Syria that displaced more than 200,000 people, Sen. Chris Murphy, D-Ct., has called on the Donald Trump administration to create a hybrid class of so called “warrior-diplomats” who have the ability to protect themselves and provide conflict resolution support.

“You're creating a new trained class of individuals who have the ability to protect themselves while being much more schooled in diplomacy and political reconciliation than our current crop of 19- and 20-year-old marines and special operators are,” Murphy, D-Ct., a member of the upper chamber’s foreign affairs panel, told Al-Monitor in an interview earlier this month. “These are incredibly capable young men and women, but their training is mostly in how to sort of shoot and protect themselves, not settle complicated political and economic problems.”