While both Palestinians and Israelis seem to be headed for elections, the Israeli political crisis could heavily obstruct the Palestinian contest, further pro-settlement interests and aggravate the situation in the Gaza Strip. 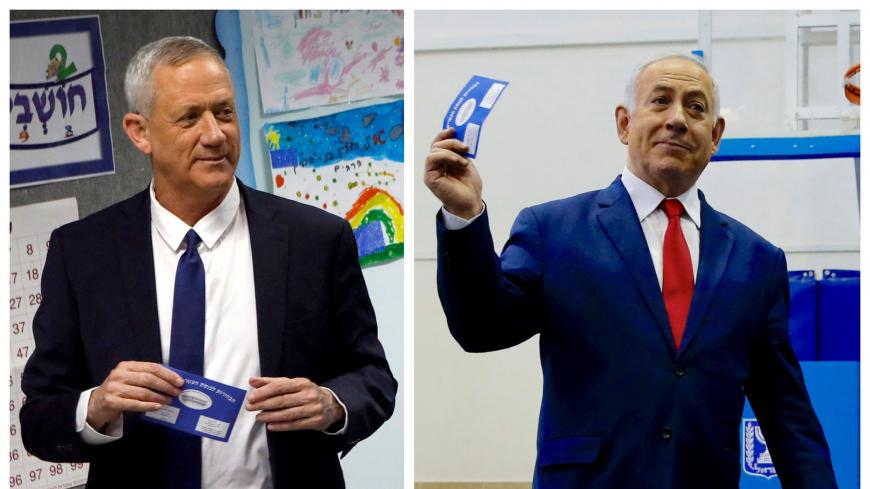 Israel’s political crisis reached new heights after Blue and White leader Benny Gantz announced Nov. 20 that he has failed to form a government. As the crisis has reached a deadlock, Israel seems increasingly likely to vote in a third election in March 2020.

Many Palestinians fear that new Israeli elections may result in further pro-settlement measures in the West Bank and a potential military escalation in the Gaza Strip.

Hamas spokesman Hazem Qassem told Al-Monitor, “Palestinians have seen several Israeli election rounds during their conflict with Israel. There were left-wing and right-wing governments that changed periodically, but none of them agreed to end the Palestinian territories’ occupation.” He went on, “We want to break the siege on Gaza and the Israeli elections will not make us back down. The [Palestinian] divide is beneficial to Israel, and that is why Israel is against any reconciliation.”

Palestinian factions have been stressing that they do not meddle in Israeli elections. Yet, PA President Mahmoud Abbas' Nov. 23 statement that he seeks the international legitimacy that Prime Minister Benjamin Netanyahu rejects clearly points to him favoring Gantz.

Palestinian Prime Minister Mohammad Shtayyeh said Nov. 23 that the fight over forming an Israeli government is not important to Palestinians. Though Netanyahu said Nov. 20 that he intends to annex the Jordan Valley, undermining the two-state solution, none of the Israeli rivals’ programs seek to end the occupation.

Speaking to Al-Monitor, PLO Executive Committee member Wasel Abu Yusuf said, “The PA is watching for an increasingly right-wing orientation in the Israeli street, which will have an impact on the coming elections and produce pure right-wing parties that do not welcome the establishment of a Palestinian state.”

He added, “We fear the annexation of the Jordan Valley prior to the Israeli election following the US talk on legitimate settlements,” referring to US Secretary of State Mike Pompeo's Nov. 18 remarks that the Israeli settlements do not constitute a violation of international law. He went on, “The Palestinian elections will not be held unless they are held in Jerusalem as well. We expect our friends to pressure Israel to enable the Jerusalemites to take part.”

As Israel faced the prospect of a third election, there was a sudden escalation in the Gaza Strip after weeks of calm. Israel's assassination of Islamic Jihad senior Bahaa Abu el-Atta on Nov. 12 was followed by two days of unrest that killed 34 Palestinians and wounded 111 Palestinians and 65 Israelis.

Many Palestinians believe that the timing of the recent escalation in the Gaza Strip was a ploy to increase Netanyahu’s support during the political crisis. The assassination of the commander was a way for Netanyahu to market himself as central to Israel's security.

Khalil Shaheen, director of research and policies at the Palestine Center for Policy Research and Strategic Studies-MASARAT, told Al-Monitor that the PA is concerned about the continuation of the Israeli political crisis and prefers Gantz over Netanyahu. He said that Hamas, however, would rather the situation to remain unchanged and hopes for the renewal of the understandings signed with Netanyahu in 2018. Gantz at the head of a government would be bad news for the movement, he noted.

He added, “I expect Israel to prevent the Palestinian elections from being held in Jerusalem and parts of the West Bank because of their possible annexation and to prevent Hamas from taking part in the elections in order to deepen the divide. Achieving reconciliation would be a strategic response to the settlements, but it is not going to happen anytime soon.”

While the PA affirmed that the anticipated legislative elections will be held in February in all of the Palestinian territories, including Jerusalem, Hamas political chief Ismail Haniyeh said Nov. 10 that the movement is concerned that voting will not take place in the West Bank, the Gaza Strip and Jerusalem.

Many Palestinians also fear that the hotly contested and polarized climate in Israel will prevent the Palestinian elections from being held in Jerusalem. Consenting to hold them in Jerusalem could be seen as an Israeli concession and result in the right-wing parties losing the Israeli electorate’s support.

Said Bisharat, editor-in-chief of Hudhud News, told Al-Monitor, “Israel voting for the third time could have consequences for the Palestinians. An escalation against the Gaza Strip is possible. The situation could remain unchanged, given the Israeli efforts to convince Hamas that the humanitarian understandings will continue to apply. Yet, if the Israelis fail to convince Hamas and the latter senses that Israel is slacking the implementation of the understandings, … the situation in Gaza could get complicated.”

He added, “The PA does not cause trouble for Israel.”

The Israeli elections are likely to have a direct impact on the Palestinians, so we can expect them to remain tense until the Israeli voters head to the ballet boxes in March.