Islamic Jihad has vowed to avenge Israel’s assassination of its commander and the attempted killing of another leader in Syria. 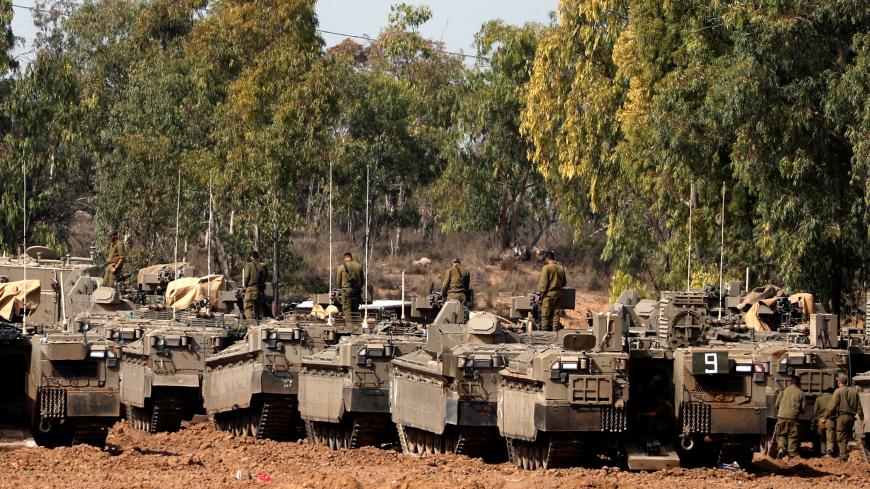 Israeli soldiers stand atop an armored personnel carrier in a staging area near the border with Gaza, in southern Israel, Nov. 13, 2019. - REUTERS/Ammar Awad

GAZA CITY, Gaza Strip — A truce was announced early Nov. 14 after Islamic Jihad's escalation against Israel without participation by Hamas. The group had vowed a strong response to Israel’s assassination of commander Bahaa Abu el-Atta of Al-Quds Brigades, the armed wing of Islamic Jihad in Gaza.

A Nov. 12 Israeli airstrike that ripped through their home in the besieged Gaza Strip killed Abu el-Atta and his wife.

Islamic Jihad also vowed to respond to the failed assassination attempt on the group’s leader Akram al-Ajouri in Damascus on the same day. A barrage of rockets was fired toward Israeli cities and settlements surrounding the Gaza Strip for the third consecutive day.

Speaking from Beirut on Lebanon’s Al-Mayadeen TV on Nov. 14, the secretary-general of Islamic Jihad, Ziad Nakhala, gave three requirements for a cease-fire. These “conditions of the people” included an end to Israeli assassinations, the use of live ammunition against demonstrators of the Gaza March of Return and the Gaza siege.

“Al-Quds Brigades will continue to fight the Israeli enemy as long as it continues its aggression. We will keep hitting Israeli cities as long as the terms Islamic Jihad put forward to reach a cease-fire agreement are not met,” Nakhala said. “The war with the Israeli enemy is open to all possibilities and can turn into a large-scale, long-term war. It could be also a war between wars, as they call it.” Nakhala added that he called for calm when al-Quds Brigades fired shells into Israeli cities, pointing out that Egypt is leading negotiations to reach a truce.

Musab Al-Buraim, the PIJ spokesperson stressed in a phone call with Al-Monitor that the agreement on the cease-fire was implemented in accordance with “the conditions of the Palestinian resistance represented by the Islamic Jihad leaders”.

“The truce came into effect today at 5:30 am Nov. 14 thanks to the Egyptian meditation”, He added. “The Islamic Jihad is committed to this truce as long as the enemy is committed too, we will respond to any aggression against our people with consultations with the other military factions, we will follow the behavior of the enemy, and our leadership will assess during coming days the extent of the enemy adherence to the conditions”.

Spokesman for the Popular Resistance Committees Mohammad al-Breim told Al-Monitor, “It is only natural for the Palestinian resistance to respond to the Israeli attacks on the protesters along the border.” He added, “The resistance is working in a joint operations room. Any aggression against our people will be responded to. The military factions are constantly coordinating among themselves to this effect.”

The period of calm since the Egyptian and UN-mediated truce between the Gaza Strip and Israel in May was short-lived. Nov. 1 witnessed a limited military escalation between the two sides following Israeli military attacks on the weekly protests calling for the lifting of the siege on Gaza. The attack wounded 114 Palestinians.

The Israeli army said Nov. 1 that 10 mortar shells were fired from Gaza toward Israel. Israel responded by hitting several targets in the coastal enclave, killing one Palestinian and wounding two others.

The statement went on, “It is the duty of the resistance to defend our people who are called upon to participate in the great return marches. Many civilians have already been injured and others became martyrs. We will not leave them undefended and unprotected against the Israeli aggression.”

The situation flared up with the assassination of Abu el-Atta, who Israel considered to be behind the rockets fired toward Israeli settlements over the past year.

Yoav Zeitoun, a military affairs correspondent for Israel's Yedioth Ahronoth newspaper, said Nov. 2, "Islamic Jihad, backed by the Iranian Revolutionary Guard Corps' Quds Force, is behind the firing of rockets, as has been the case in recent months."

Islamic Jihad leader Ahmad al-Mudallal, however, told Al-Monitor that he condemns the Israeli statements. “We do not fire at Israel to please Iran. With such accusations, Israel is seeking an excuse for its aggression on Gaza and for killing many Islamic Jihad leaders,” he said. Mudallal denied claims that the Islamic Jihad fired rockets at Israel at the beginning of November.

Political analyst and former editor for the Felesteen newspaper Mustafa al-Sawaf told Al-Monitor, “The resistance is well aware and adamant not to be dragged behind the provocations of the Israeli occupation forces. The resistance factions in the Gaza Strip are well aware that they are still getting back on their feet because of the blockade and the Israeli war on Gaza in 2014. They are also restoring their military capabilities.”

Regarding the Israeli accusations that the Islamic Jihad was the only party behind the rocket in early November, Sawaf said, “Israel is trying to drive a wedge between Hamas and Islamic Jihad in a bid to break the understanding between the two, accusing Hamas at one time and Islamic Jihad at another, saying that they receive orders from Iran to hit Israel without any proof.”

Ibrahim al-Madhoun, a political analyst close to Hamas, told Al-Monitor, "This time the Islamic Jihad is leading the battle, but it is too early to talk about an open military confrontation. We could be facing another limited round of escalation. It all boils down to the response of Al-Quds Brigades in the coming hours.”

He added, "The resistance is trying to retaliate after the recent assassination in order to preserve the equation of deterrence and to prevent any similar assassinations in the future.” 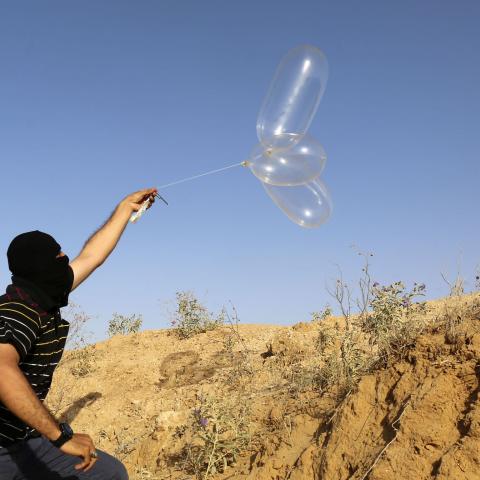 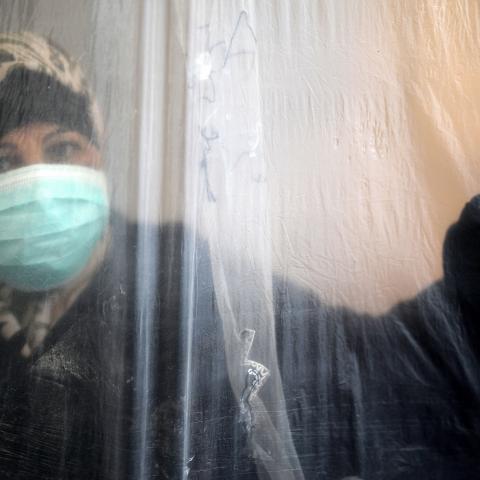 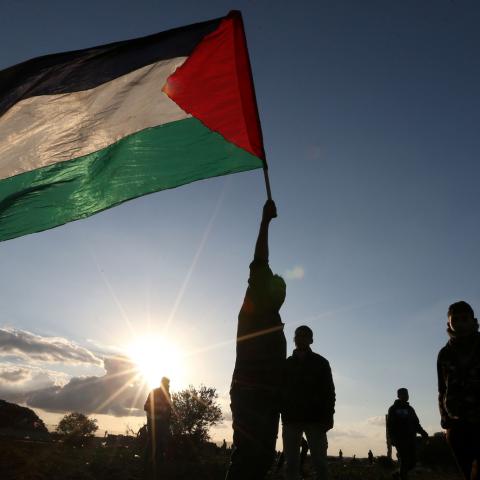 Will new initiative spark interest in ending the Hamas-Fatah schism?