Egypt’s sovereign wealth fund seeks to acquire 30% in power plants co-established by Germany’s Siemens and involve foreign investors and companies in the rest, which raises questions on whether the state seeks to privatize them or the result is higher bills for citizens. 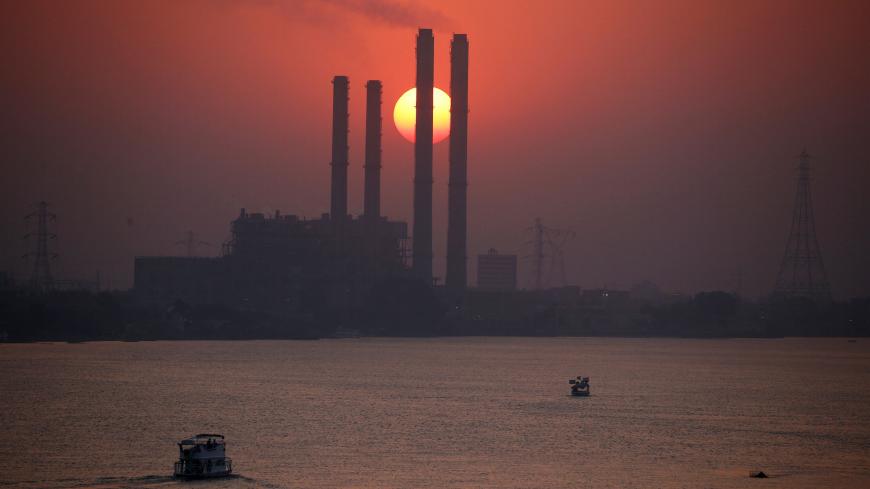 The sun sets behind the South Cairo Electricity Distribution Company power station on the side of the Nile River in Cairo, Egypt, Aug. 9, 2017. - REUTERS/Amr Abdallah Dalsh

Parliament passed July 16 a bill to set up Egypt's sovereign wealth fund to manage the state’s unused assets. The draft law stipulates that the fund has a sovereign legal entity, with its headquarters in the Cairo governorate.

Egypt’s sovereign wealth fund was established by Law No. 177 of 2018, published Aug. 21 in the Official Gazette after President Abdel Fattah al-Sisi ratified it. Under the decision, the fund’s mission is to manage state-owned assets such as real estates, shares, bonds or other investment tools.

Regarding its resources, the fund’s authorized capital totals 200 billion pounds (nearly $11.2 billion), while the issued capital stands at 5 billion pounds ($280 million). This is added to the transferred assets, the return on investment, tapped assets, credits, incentives, bond issues and other financial tools.

Chief executive officer of the National Investment Bank (NIB) Mahmoud Montasser said July 22 that the bank will contribute with a capital of 1 billion Egyptian pounds ($62 million) to the fund, as well as a part of the bank’s untapped assets, including government authorities and companies, and public business sector owned assets.

Egypt's sovereign wealth fund, the Ministry of Public Business Sector and the NIB signed two cooperation agreements in the investment field Nov. 12. The agreements allow the fund to market and invest assets owned by the ministry and the NIB in order to develop and operate them and boost their returns.

Siemens announced May 18 that it will set up three power plants in Egypt’s Burullus town, the new administrative capital and Beni Suef.

Chief executive officer of Egypt's sovereign wealth fund Ayman Soliman told Bloomberg that the acquisition of the 30% stake will be part of a larger project by the fund in Egypt’s power generation sector, adding that foreign investors will be selected to manage the remaining 70%.

He said that “six unidentified international investors have expressed interest, and negotiations will be arranged by a financial adviser to be selected next week.” Soliman anticipated that the deal will be finalized in 2020.

Speaking to Al-Monitor by phone, First Undersecretary for Research, Planning & Authorities Follow-up at the Ministry of Electricity and Energy Mohamed Mousa Omran said that offering foreigners a large stake amounting to 70% in the power plants is part of a major campaign by the state to boost foreign investments in the various Egyptian economic sectors.

According to Omran, such an initiative — referencing the acquisition of 30% of the three power plants co-built by Siemens in Egypt — is designed to encourage foreign investors and the private sector’s participation in building or running power plants.

He said the state will not sell the entire power plants to foreign investors. Rather, it will involve them in the management and operation of power plants through a particular share before providing the government with electricity at a rate that would be agreed upon with the investors.

Omran indicated that the sovereign wealth fund does not seek to privatize or sell the state’s assets. Rather, it seeks to maximize the use of the state’s untapped assets and wealth and will be an important mechanism in the partnership between the government, the private sector and foreign investors, particularly in the infrastructure sector such as agriculture, education and electricity sectors, he added.

Speaking to Al-Monitor over the phone, Farouk noted that making a tidy profit and maximum profitability from the investment in Egypt is the most important thing for foreign investors. That is achieved by selling the government electricity after generating it from their plants, he added.

He said the idea of setting up a sovereign wealth fund in any country in the world stems from the financial surpluses it has in order for it to manage such surpluses and subsequently bring about economic welfare to the state and citizens. That is not the case in Egypt given the lack of financial surpluses, he added.

He indicated that Egypt faces a large budget deficit and increased domestic and external public debt. Thus, the fund’s anticipated returns will not be high, and its authorized capital — as the government announced — amounts to 5 billion Egyptian pounds ($280 million), which is a small amount compared to the world’s sovereign funds, he added. Farouk pointed out that the assets of the United Arab Emirate's sovereign fund amount to nearly $800 billion.

Commenting on the expected financial returns coming from the fund’s partnership with foreign investors in the energy and electricity sector, Farouk questions such returns. He said the state wants to encourage foreigners to invest in Egypt, but the investors’ desire in general is to make the greatest profit and returns, which could hinder negotiations with foreign investors or bring higher electricity rates after the signing of these partnerships.