Can Saudi Arabia afford a stimulus?

Oil-revenue-dependent Saudi Arabia still has $490 billion in reserve assets, but its massive foreign and domestic commitments and a long-term declining demand curve for oil could spell trouble down the road. 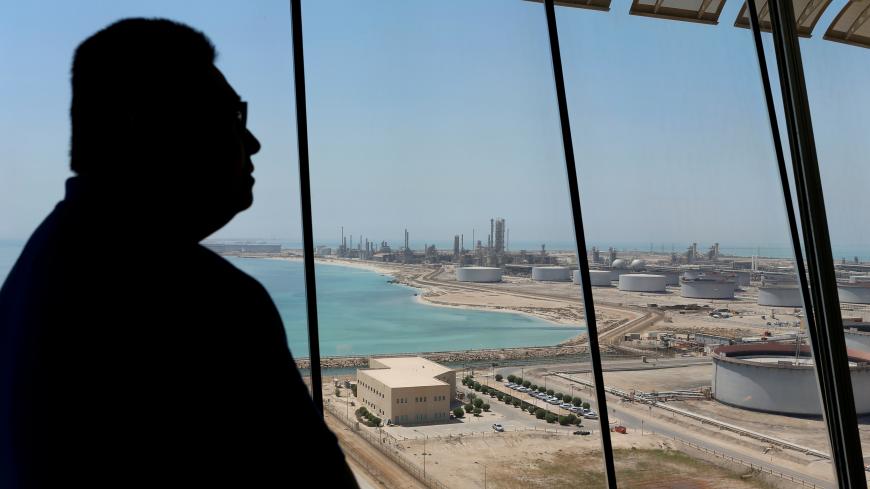 2019 is already a very costly year for Saudi Arabia.

In addition to commitments of direct financial support to central banks, aid, and foreign direct investment by state companies to a number of regional governments made over the past year, Saudi Arabia also plans a massive stimulus package in infrastructure spending to prompt domestic growth.

In conjunction with his tour to Asia this month, Saudi Crown Prince Mohammed bin Salman oversaw a $6 billion support package (half in direct central bank support, half in loans to purchase Saudi oil) to Pakistan, along with billions in promises of investment, particularly in refineries. Add to that a new $500 million pledge to Yemen and 2.5 billion in support to Jordan, among others. Expansionist fiscal and foreign policy is taking a toll.

Generating new jobs, and enticing Saudis to take them, has proven difficult just three years into the economic transformation effort. Moreover, hopes of inflows of foreign investment to develop new sectors of the Saudi economy, whether in entertainment, tourism or defense manufacturing, are diminishing. Foreign direct investment has declined in Saudi Arabia for well over a decade, but since 2017 it has been in a downward spiral.

Not only are investors wary to enter the market, local capital is exiting. The outflows attributable to residents are similar in size to those following the global financial crisis of 2009 (roughly $95 billion, according to the Saudi Arabian Monetary Authority (SAMA) and research by J.P. Morgan); outflows in 2018 more heavily consist of outward FDI, along with foreign portfolio investment and other foreign deposits.

Recent inflows to the Saudi stock market are based on expectations of emerging market index inclusion, but this is "hot money" and not a reliable source of investment for job creation. Moreover, the limited number of companies listed on the Saudi Tadawul means that the heaviest-traded companies are often those that are also partially state-owned. SABIC, a major chemical producer, is a key example; after a planned sale of the stake of the Public Investment Fund (PIF) in SABIC to the state-owned oil company Aramco, it will be even more clear that passive flows (estimated at $20 billion this year) will do little to stimulate private sector growth and do more to shore up public sector finance. There is little room, despite some efforts developing entry ramps for small-cap companies, for bottom-up new company growth. Those companies that do succeed often find themselves as targets of acquisition by the PIF. The effect is that the state investment arm is crowding out private investment opportunity. ACWA power is one example.

While it is unrealistic to expect a dramatic turnaround of an oil-revenue-dependent economy within a few years, it is also hard to imagine how the current rate of expenditure that is debt-driven and reserve-burning can be sustained. The magic decade between 2003 and late 2014 was spectacular in the accumulation of oil wealth that enabled massive fiscal outlays in social services, infrastructure spending and public sector employment while also creating an unprecedented stash of foreign reserves.

Saudi reserve assets increased from less than $30 billion in 2003 to over $750 billion by early 2015, according to research by the HSBC banking group. Such a jump won't likely happen again. Saudi Arabia’s foreign reserve assets fell for the fifth consecutive month in January, declining $6.6 billion to $490 billion, their lowest level in 11 months. Saudi reserves are built on oil revenues. Oil prices have recovered from their lows of under $30 in 2016, but the shale revolution, electric vehicles, energy efficiency and a long-term declining demand curve suggest that lower oil prices are here for good. But more importantly, Saudi Arabia has little else to fund growth.

Diversification from energy resource dependency is now understood as the promotion of full-scale energy production to petrochemicals. For Saudi Arabia, the future is plastic and its market is eastward in Asia. And while there is good reason to see the future of global growth in the emerging middle-class consumer market of Asia, we should not see oil as a sustainable source of revenue, even when it is processed into new chemicals and products. Why? Because it can eventually be replaced as technology advances to change the way that we both consume and create all kinds of single-use plastic and more durable products. Take for example that new bamboo or paper straw you are now using instead of plastic.

Both consumer tastes and regulation will impact the demand for petro-based products in the future, certainly in developed economies, but also in emerging markets. Major international oil companies accept this reality. The latest BP Energy Outlook suggests that the overall growth in energy demand from emerging markets is offset by declines in energy intensity. Efficiency and technology will allow global GDP to double by 2040, but energy consumption to only increase by a third. This is the new law of diminishing returns if you are an energy exporter.

Therefore, the Saudi economy, along with all other energy-dependent export economies, has a problem. It has massive fiscal commitments both at home and abroad. It has a diminishing source of revenue and a diminishing pool of wealth to draw upon in its foreign reserve assets. Its sovereign wealth fund, the PIF, is responsible for generating returns on investment, but it is capitalized with debt and taking on more and more risky assets, a departure from traditional government fund strategies that are meant to preserve public shared wealth.

The PIF took out an $11 billion bank loan late in 2018 and is pushing Aramco to issue a bond to buy out its shares of SABIC. The assets of the PIF have doubled in value since 2016, as the acquisition spree is growing faster than the earnings. According to research by Bloomberg, J.P. Morgan and national authorities, the composition of PIF assets is also shifting considerably. In 2016, the PIF had roughly $150 billion in assets, composed of holdings in major state-linked companies such as SABIC, Maaden, Al Marai, Saudi Telecom and Alinma, and little foreign assets. By 2018, the PIF had nearly $300 billion in assets, of which about 10%, or $30 billion, of the overall portfolio were foreign assets, up from about $11 billion in 2017, made possible by an injection from SAMA and the Ministry of Finance in late 2016. It is this injection that also may account for the increased amount of outflows, as the PIF places these investments in assets, either as equities or direct investments, in companies abroad. The strong preference for technology investments, from Uber to Magic Leap, indicate some sector leanings probably driven by a top decision-maker rather than financial managers.

We have not yet entered the post-oil era, and Saudi expansionist fiscal and foreign policy depends on that era not coming anytime soon. In the interim, the gamble is on transforming society to work and consume differently, and a foreign policy designed to reshape the region through patronage networks and economic ties through petrochemical and energy production.