Some Middle East countries in need of cash, such as Oman, are selling assets to Chinese and Malaysian state-owned entities. 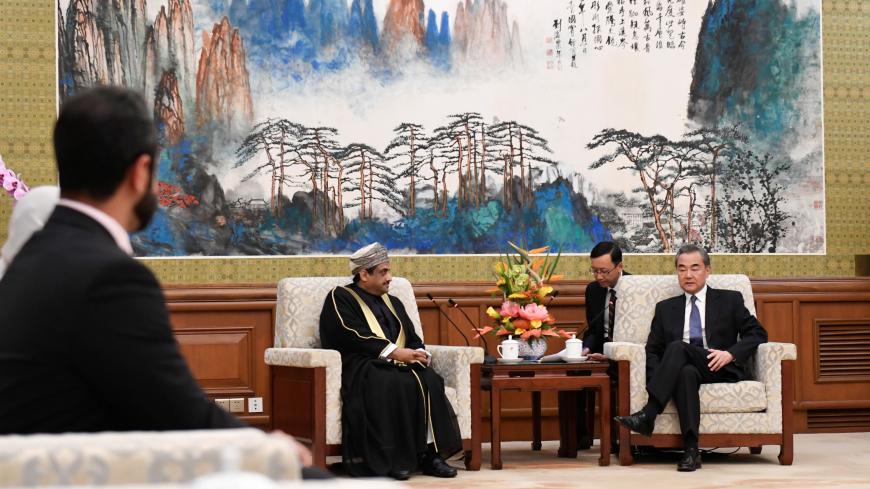 Across the Middle East, from Lebanon to Iraq, there is growing popular anger and frustration at government mismanagement of financial resources and service delivery. Fiscal policy is at the center of popular politics. As some states seek to hold off on cutting subsidies, raising taxes, altering state and military structures of ownership and deflating bloated public sectors, there are few policy options to raise additional sources of cash. The governments can borrow. They can sell off assets. They can increase dependence on foreign aid. Or they can devalue their currencies and pass the cost of failing to reform to citizens by erasing their savings.

Where the money comes from matters; enticing foreign investment has proved harder than some states may have expected. Saudi Arabia spent three years trying to raise capital with an initial public offering of its national oil company Aramco, only to raise $26 billion from mostly domestic investors, from an early goal of over $150 billion in an international offering of a larger portion of shares. In Oman, the sleepy sultanate has embarked on a fast track to capital raising, seeking a number of privatizations of state-owned assets. It needs the money, and fast. The investors coming to the rescue are of a new kind — states and state-owned entities, many from China.

Oman faces a ballooning debt repayment cycle, and a persistent fiscal deficit. This year its budget deficit stood at $2.4 billion in the third quarter of 2019, a 75% increase year-on-year from 2018. The oil sector accounts for over 70% of fiscal revenue, and with a year of declining oil receipts the pressure is building to find alternate funding to continue government spending. Debt repayment is beginning to eat up a large portion of government funds, at a cost of more than $1.14 billion in just the first three quarters of 2019, according to research by HSBC; debt servicing is now nearly nine times higher than it was three years ago.

So, the sell-off in Oman has begun. In 2018, Oman raised $480 million in the sale of gas pipelines, and $1.3 billion for a 10% stake in its Khazzan gas field to Petronas, the national oil company of Malaysia. The Omani government's holding company for electricity sector entities, Nama, sold a 49% stake in the Oman Electricity Transmission Company to China's State Grid for $1 billion in December. Nama controls a number of other electricity providers within Oman, many also slated for partial privatizations, including an expected sale of Muscat Electricity Distribution Company in 2020. Oman's oil minister has announced the intention for an initial public offering of 20% to 25% of shares in the state-owned Oman Oil Company.

Oman continues to rely on Chinese loans for infrastructure. However, China's own investment commitments to Oman's new port at Duqm have been slower to materialize. The Chinese seem happy to lend and buy existing assets, but less keen to put their own capital to work to build new ones.

Added to the economic instability in the Middle East are questions of leadership succession, foreign intervention, and the effects of low growth, low productivity and stubborn youth unemployment. Military expenditure is also rampant and remains protected from deep cuts. Five of the 10 countries with the highest military burden (military spending as a proportion of GDP) in the world in 2018 were Arab states: Saudi Arabia (8.8% of gross domestic product), Oman (8.2%), Kuwait (5.1%), Lebanon (5%) and Jordan (4.7%).

How to jump-start growth, even without the consideration of conflict and post-conflict reconstruction, is a bit of an enigma to development economists. But tax collection would certainly help in the oil exporting states of the Gulf; it would also require a massive shift in state-society relations. Of the six Gulf Cooperation Council states, only the United Arab Emirates, Saudi Arabia and Bahrain have implemented a 5% value added tax. There is no personal income tax in the oil-rich Arab Gulf states; though excise taxes on "sin" products from sugary drinks, alcohol and tobacco are now gaining ground. In states with income tax, both reporting and collection are weak. States with significant expatriate populations, migrants and refugees are struggling to regulate labor markets, with renewed efforts to privilege jobs for nationals. As economists Abhiijit Banerjee and Esther Duflo argue, better allocating the resources that are present in an economy — whether of technology, human capital or financial capital — all matter. It also matters to whom you sell your assets.

Ideas about development are normative in their core assumptions. Right now, across the Middle East, there remains a preference for state-directed growth. And if your government can't find the capital to fund its development projects, maybe another government can. China and Malaysia are favorites in Oman, but the combined efforts of Gulf sovereign wealth funds and the Russian Direct Investment Fund are also forces of financial investment and intervention in the Middle East and beyond. The scarcity of private capital for development and infrastructure projects in the region is striking. And if anything, the Aramco IPO revealed how even star state-owned entities have trouble attracting private institutional capital and foreign investors.

In 20 years, how will citizens view the processes unfolding now, in which state assets are sold off to other states with little public debate? What is the true price of privatization in which the fiscal policies that created demand for new capital don't change? How might external sovereign actors begin to use their economic leverage? Privatization in the Middle East can be a force for expanding the number of stake holders in national economies, including citizens, firms and foreign investors. It can also reinforce state management of the economy, with regional characteristics.