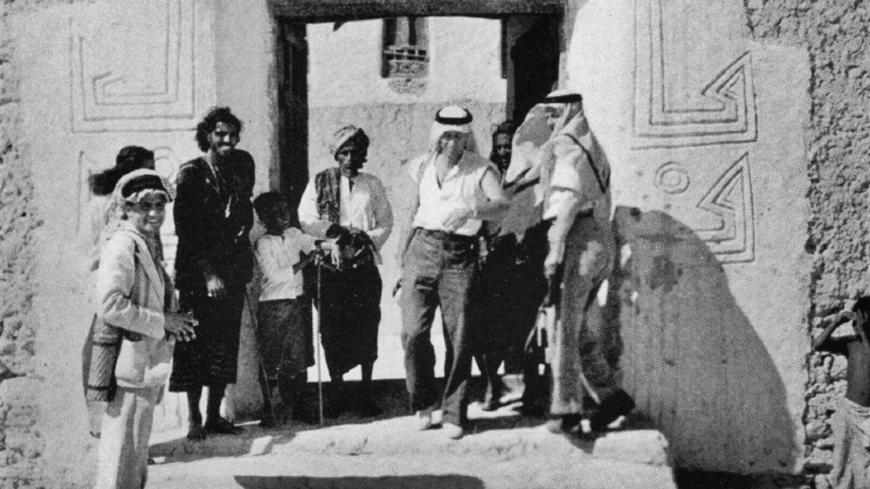 “It was not our will to be integrated into Yemen, we were forced to,” claimed Abdullah bin Essa al-Afar, whose late father was the last sultan of the Mahra Sultanate of Qishn and Socotra. In 1967, the ruler was deposed and the region incorporated into newly formed South Yemen, thus discontinuing a generations-old hereditary dynastic tradition.

Half a century later, Afar told Al-Monitor about the intention to revive the sultanate in a bid to counter an influence campaign led by the United Arab Emirates since 2015 and Saudi Arabia since late 2017 over the remote Yemeni governorate of Al Mahrah.

Amid a conflict that has hit Yemen since 2015 and caused the death of roughly 100,000 people, Saudi military forces have been deployed to Al Mahrah, officially to crack down on smuggling activities. It followed claims by United Nations monitors that a missile was likely smuggled to the Houthis along “the land routes from Oman or Ghaydah and Nishtun in al Mahrah governorate …”

For a brief period of time, the Mahri Security Committee gave the go-ahead to the coalition under certain conditions, including humanitarian aid and economic development for the governorate. Soon, violations of the terms led to a turnaround in Saudi-Al Mahrah relations, highlighted in May 2018 during a confronting public statement read by Afar.

Ever since, Saudi Arabia’s moves have sparked heated debate among Al Mahra's mainly tribal population and triggered pro-independence thoughts as protests erupted to denounce an "invasion" of Yemen’s second-largest governorate. “We were shocked and asked for the reason of their presence since we have no Houthis, no Daesh [Islamic State], no al-Qaeda. Nobody is here,” Afar said.

Born on the Yemeni archipelago of Socotra, the representant of Al Mahra’s former ruling dynasty believes that the kingdom aims at "occupying cities and ports," since it never elaborated on its "vision" for the governorate. The chief sheikh of the island of Socotra told Al-Monitor in late September, “The Saudi-led coalition lost its way in Yemen and has become a force for occupation.”

As of October, the Sanaa Center lists five major Saudi military bases spread across the governorate as part of a wider network of 16 military positions. An estimated 1,500-2,000 Saudi troops support thousands of Riyadh-backed Yemeni proxy forces based in Al Mahrah.

In Al Mahrah, many subscribe to the view that Saudi Arabia exploits the war in Yemen to move forward with plans to construct an oil pipeline through the governorate. The project, rejected in the 1990s by then-President Ali Abdullah Saleh, would enable tankers to load Saudi hydrocarbons in Al Mahrah, bypassing the straits of Hormuz and Bab al-Mandab.

Afar said that he heard about the pipeline, but that "there is nothing official."

As the Saudi-led coalition signed the Riyadh Agreement, the kingdom moves forward with its agenda to shape the future of Yemen. While Afar refuses foreign interferences in local affairs, in January 2018, Saudi Arabia intervened into local politics to allegedly engineer the removal of Al Mahrah’s governor and appoint pro-Riyadh Rajeh Saidbakrit.

“Saidbakrit takes all his decisions from Saudi Arabia; he does not have [any] freedom,” Afar noted, adding, "not to go along" with the governor since their agendas are inconsistent.

In addition, Saudi Arabia, via Saidbakrit, allegedly planned to foster a Salafist movement in the city of Qishn, in a bid to toughen its politico-military campaign. The population protested and blocked the project. Afar said that "there are no longer any Salafists there."

“We have our culture and traditions, we are different from most people in the region,” he said in reference to a distinctive identity highlighted by the Mehri language. Spoken by 100,000 people, the South Arabian language is endangered. “We want to be independent, have our own freedom and select who rules us to protect our culture,” he added.

Oftentimes praised for its noninterventionist peacekeeping efforts, the Sultanate of Oman portrays itself as a "facilitator" that has “consistently maintained a position of neutrality in Yemen,” Al-Monitor reported in October 2016. In Al Mahrah, however, the country faces a daunting challenge.

Indeed, Oman and Al Mahrah share deep historical, tribal, cultural, economic and political ties that became evident in the 1970s during a rebellion that destabilized the southern Oman governorate of Dhofar. In early 2018, Al-Monitor reported that the sultanate “negatively views the coalition’s deepening involvement” in the Yemeni governorate of Al Mahrah, which it considers as a strategically important extension of its direct sphere of influence.

In regard to his quest for a politically independent region, Afar noted that Al Mahrah is strategically located between three countries, namely Yemen, Saudi Arabia and the Sultanate of Oman.

A generation ago, after the fall of the Mahra Sultanate of Qishn and Socotra, Saudi Arabia granted Abdullah bin Essa al-Afar a residence permit as part of a naturalization campaign in the 1980s to gain support from Al Mahrah’s prominent tribal sheikhs. After decades in Saudi Arabia, the former sultan resurfaced in 2012 to advocate for Al Mahrah, leading to a gradual deterioration of his relationship with Riyadh, until he left the kingdom in 2017.

Subsequently, Oman granted him citizenship and he has been based in the sultanate ever since.

In July, Yemeni journalist Yahya al-Sewari wrote that reports issued at that time “characterized the Omani outreach to al-Afrar as a move to curb growing Emirati influence in al-Mahra.” Yet, to date, Afar has kept the conversation with Saudi Arabia alive; Saudi officials invited him for talks in September. “I expressed all that is happening. I did not hide anything,” he said.

As Saudi Arabia increases its grip on the easternmost corner of war-torn Yemen, concerns are growing over the risk of violent confrontations in Al Mahrah governorate, as two tribesmen died in March during a violent clash with Saudi-backed Yemeni forces.

“The recent use of Apache helicopters by the Saudi coalition in al-Mahra indicates a further step in the militarization of the simmering dispute,” Sewari wrote. In this context, Afar would like to "welcome a peace broker to solve this issue."

Beyond calls for independence, Afar expressed a willingness to make concessions "if Yemen is united." Taking the example of the autonomous Iraqi Kurdistan Region, he said, "Al Mahrah should remain a peaceful land. So we can have our own system within the state.”

Since November, the Riyadh Agreement provides that Saudi Arabia will lead a unified political and military chain of command in South Yemen, which includes Al Mahrah. While Afar refused to call for independence or to revive the Mahra Sultanate in 2014, he now laments his region to "not be united as before," adding, "They [Saudi Arabia] try to divide us."

Quentin Muller, a freelance journalist, contributed to this report.