In the wake of clashes between Saudi forces and local tribesmen in Mahra province, Yemen’s president appointed a new governor in the hope of preventing further violence. 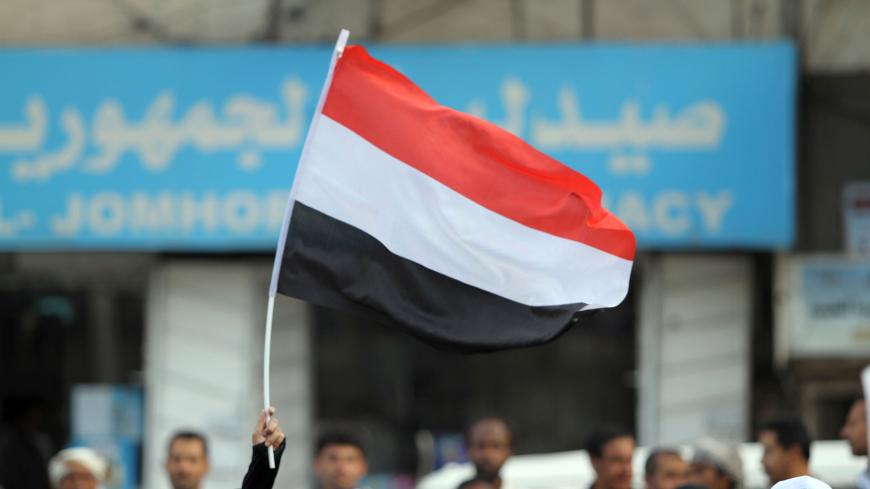 SANAA, Yemen — On Feb. 23, President Abed Rabbo Mansour Hadi appointed Mohammed Ali Yasser the governor of Mahra province, in southeastern Yemen, a week after armed tribesmen ambushed a convoy of Saudi-led Arab coalition forces on the road leading to the Shahin crossing with Oman. According to a Feb. 17 statement from the Mahra local authority, officials were still pursuing the perpetrators. The tribes object to the Saudi military presence in the area and fear that the Saudis want to displace Mahra's population and annex the territory.

Tribal leader Ali al-Hurayzi, the former deputy governor of Mahra, accused the Saudi forces of trying to seize and close the Shahin crossing, which he said “operates naturally according to [its own] laws and regulations.”

“The [Saudi] occupation forces have previously closed institutions and vital ports in the province, such as Al-Ghaydah Airport and the Nishtun seaport, and hindered the movement of passengers at the Serfeet port [with Oman],” Hurayzi told Al-Monitor. “The closure of the Shahin crossing would mean cutting off commercial traffic.”

Saudi forces deployed to al-Ghaydah Airport in November 2017, a move met with fierce opposition from local authorities and tribal leaders. Since 2017, Hadi has been dismissing officials who support tribal opposition to the Saudi presence, among them Hurayzi, who was fired from his position as commander of Mahra's border guards in February 2018.

Mahra is a relatively peaceful area. Its people are culturally and politically closer to Oman than to Saudi Arabia or the United Arab Emirates. Some residents speak Mehri, like the people of Oman's Dhofar province.

Tensions have risen in recent years between tribesmen and the Saudi-backed Yemeni government, which controls the province. By appointing Yasser, who is close to Saudi Arabia but also has good relations with tribesmen, Hadi appears to be looking for a way to defuse heightened tensions.

Two telegrams in February from the Hadi government to Yasser’s predecessor, Rajih Bakrit, revealed a division in the government, however. One telegram, sent from the office of the interior minister to Bakrit, signed Feb. 16, the day before the clashes, stated, “No military convoy should be sent to Shahin crossing and problems will be resolved later.” The other telegram, dated Feb. 17, the day of the clashes, and signed by Hadi deputy Ali Mohsen al-Ahmer, ordered “quick coordination and cooperation with Saudi forces and dealing firmly with saboteurs, smugglers and bandits.”

In a statement obtained by the Turkish Anadolu Agency, on Feb. 16 the tribal Peaceful Sit-in Committee (PSC) had denounced measures the Saudi forces were taking at the crossing, including prohibiting the passage of heavy equipment, withholding customs declarations and forcing travelers to obtain new passports even when those presented were valid. Hurayzi said that it was such measures that led the tribes to take action.

Al-Monitor contacted Bakrit on Feb. 20, just days before his dismissal. He had initially agreed to speak, but then did not respond to subsequent requests for an interview. Tribesmen have accused Bakrit of corruption, but meanwhile Hadi, has appointed him to the Shura Council, the upper house of the Yemeni parliament, after firing him as governor.

Local mediation succeeded in halting the clashes, which lasted from the afternoon until after sundown Feb. 17, and according to Hurayzi, which saw Saudi forces use armored vehicles and Apache helicopters, wounding one tribesman. A video circulating on social media, however, reportedly shows Saudi and Yemeni government forces at the Shahin crossing on Feb. 18. Hurayzi said that after the tribesmen withdrew as agreed through mediation, Saudi forces “turned around and stormed the Shahin crossing.”

In July 2018, the Saudis had reached a deal with Mahra tribesmen to hand local authorities control of points of entry by air, land and sea. Days later, Hurayzi was fired as deputy governor for desert affairs. Several pro-government media outlets have accused Hurayzi of being Qatar's arm in Mahra and said his supporters were running weapons-smuggling operations to the Houthis through the province's ports. Hurayzi, who denies the allegations, told Al-Monitor “[They are] attempts by Saudi Arabia to settle its accounts with others through accusations.”

In addition, he denied having relations with the Houthis, but noted, “[They are] Yemenis like any element of Yemeni society.” In December 2018, the Houthi-run newspaper Masirah interviewed Hurayzi, who applauded the rebel group for standing up to the Saudis.

On Feb. 18, an official at the office of the Houthi-led National Salvation Government in Sanaa condemned what he described as “Saudi criminal actions in Mahra,” according to the Houthi-run Saba News Agency. So far, Mahra province has been spared from the Yemeni civil war, which enters its fifth year in March. The Saudis intervened to fight against the Houthis in March 2015.

Meanwhile, media reports have revealed that Saudi Arabia is working to extend a pipeline through Mahra to transport oil to the Arabian Sea and build an oil port in Huta. Hurayzi confirmed the apparent accuracy of the report.

“We have observed that work has started on this [pipeline] project, with some construction activities inside our borders with Saudi Arabia, at al-Kharkhir,” Hurayzi said. “We made sure that it was actually preliminary work to build a road for the oil pipeline project, and then the tribes stopped them and expelled the company [in charge of construction] and the accompanying force protecting it.” He did not specifying what kind of force or identify the company.

As of now, there is no end in sight for the tension in the province, as Hadi has fired several government officials in recent years, including Hurayz, for allying with the UAE or for opposing Saudi Arabia. Hadi has turned those officials into strong opponents of his government and its allies. Appointing Yasser, a member of Yemen’s parliament since 2003, can, however, be seen as a step in the right direction toward a de-escalation of military tensions in the province.

Though there has been no official statement by Mahra's tribesmen on Yasser's appointment, an activist released a video purportedly of tribesmen shooting their guns in the air in a show of support. Al-Monitor could not verify the video's authenticity. In a Feb. 23 tweet, Ahmed Belhaf, external liaison officer for the PSC, welcomed the new governor and wished him success.