An Istanbul-based project that trained Syrians to work in the field of cultural restoration received an award from Europa Nostra. 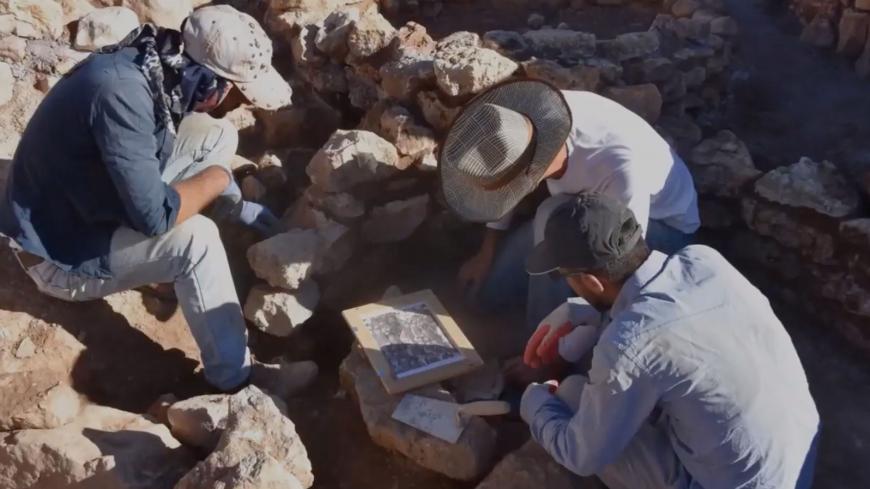 People take part in the Stewards of Cultural Heritage project, seen in a still from a video uploaded May 20, 2019. - YouTube/Europa Nostra

A three-year project that trained Syrian refugees in Turkey on the restoration of cultural heritage received an award from Europa Nostra in the field of education, training and awareness-raising. Europa Nostra, one of the oldest and most influential European platforms on cultural heritage, granted the project — titled Stewards of Cultural Heritage — a prize of 11,000 euros ($12,100).

The Istanbul-based project, run by the German Archaeological Institute, or DAI, equipped two Syrian archaeologists and three architects with the advanced skills to recover and restore Syria's rich cultural heritage, when the right time comes.

Europa Nostra acknowledged that this project serves as a model for other countries "attempting to engage displaced yet skilled refugees in cultural heritage activities, with a view to promoting their central role in future rebuilding programs upon their, hoped for, return to their native countries,” the jury of European experts said, according to the Europa Nostra website.

The program consisted of seminars, workshops and a summer field project in Doliche, an archaeological site under excavation by German archaeologists near Diyarbakir in southeastern Turkey.

Seminars focused on how to find funding for and manage restoration projects. The participants learned how to take high-quality digital photographs, to use drones in restoration and to attain a UNESCO World Heritage Site designation. Participants also learned how to pass their skills on to others by running larger workshops for Syrian refugees with a background in the field.

“The rehabilitation of war-affected areas needs a careful approach and well-trained professionals to carry it out," the Europa Nostra jury said. "In light of this, there is an immediate need to continuously upgrade and develop the skills and knowledge of displaced heritage professionals."

​The participants also pursued individual research projects. Still deeply linked to their places of origin, three of them focused on Aleppo and prepared a documentary study of ancient madrassas, or Quranic schools. This entailed devising a detailed restoration plan for an Ottoman madrassa and a comparative analysis of muqarnas, a decorative feature in mosques.

​One participant, Lamis Kadah, an architect from Damascus, worked on a picture book for children aged four through seven. The book is about the Eblaite language, an extinct Semitic language of northern Syria that dates back to the third millennium B.C.

Hasan Ali, an archaeologist from Palmyra who worked at the town's museum, created an online database on cultural and natural heritage sites in the central and eastern Syrian badia, or steppes, with details on the state of the sites' conservation.

Ali said there was essentially no documentation on these sites, so he gathered information by conducting 100 interviews with people from the area who fled to Turkey. He is currently working on an oral history project on how people from Palmyra interacted with the town's archaeological site.

“I was even able to talk to a former judge living in Kuwait, now 90 years old, who as a child saw people living inside the Temple of Bel being moved to another location by the French mission,” he told Al-Monitor. In the 1920s, French colonial authorities moved the Temple of Bel, then used as a mosque and as dwellings, to another location just outside the archaeological area — the new Palmyra.

Project coordinator and architect Diana Miznazi also focused on Syria's oral history. Her parallel project, a photo exhibit — “A Place and a Story: Memories of Syria in Archival Photos” — was on display at Kadir Has University in Istanbul last September and October.

Miznazi chose images from the archives of the DAI and the Museum of Islamic Art in Berlin that depict historical sites across Syria, from Damascus to Raqqa to Latakia, from before the civil war.

Miznazi, however, added a touch of real life to the exhibit, “to show Syria as the Syrians remember it.” She interviewed 45 refugees, in Turkey and abroad, and collected their personal stories and testimonies of daily life related to the images. Through their memories, the photographic archive became interactive.

In one of the photo's captions, Said, a student from Damascus, made connections between his old life in Syria and his new one in Turkey. “When someone suffered from an incurable illness, their parents would go to the Umayyad Mosque and feed the pigeons that fill the courtyard to pray for their child to heal," he said. "There were so many pigeons in the courtyard, even more than you can see in Istanbul's Eminonu Square.”

It's not by chance that the Turkish and Arabic translations of the exhibit are the same: Bir Mekan, Bir Hikaye. A story of close connections in the past getting even closer today.