The civil liberties lawyer is close to both US and Israeli leaders. 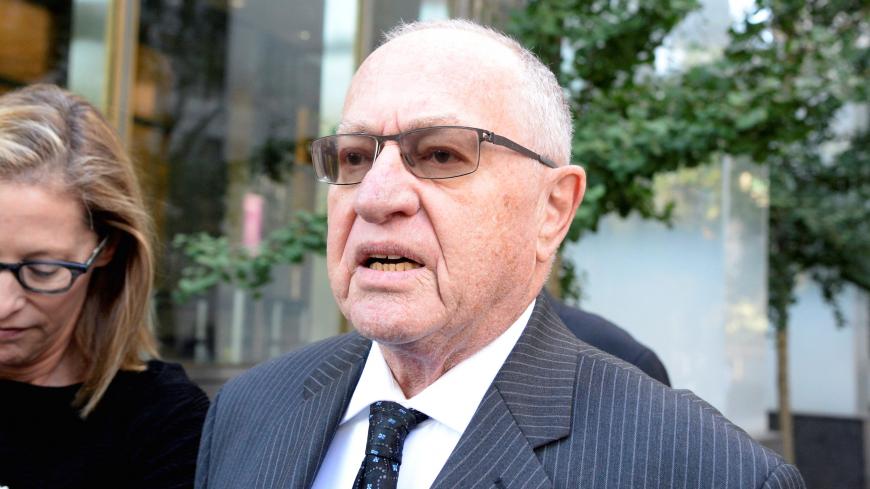 Dershowitz is listed as one of three lobbyists working on the contract between the Freeh Sporkin & Sullivan law firm and Dan Gertler, an Israeli businessman who made his fortune in natural resources. Also lobbying on the account are former FBI Director Louis Freeh, the law firm’s founder, and Gary Apfel, the lawyer who helped convince Trump to commute the fraud conviction of meatpacking magnate Sholom Mordechai Rubashkin.

The trio of lawyers are registered to lobby the Treasury Department’s Office of Foreign Assets Control (OFAC), which handles sanctions. The Trump administration sanctioned Gertler in December 2017 under the Global Magnitsky Human Rights Accountability Act, accusing him of using his “close friendship” with then-President Joseph Kabila to strike “opaque and corrupt mining and oil deals” in the Democratic Republic of the Congo. Six months later, the United States blacklisted another 14 businesses tied to Gertler.

“Between 2010 and 2012 alone, the DRC reportedly lost over $1.36 billion in revenues from the underpricing of mining assets that were sold to offshore companies linked to Gertler,” according to the Treasury Department. “The failure of the DRC to publish the full details of one of the sales prompted the International Monetary Fund to halt loans to the DRC totaling $225 million.”

Watchdog groups that have raised concerns about Gertler’s dealings in Africa said they were unsurprised to see him hire lobbyists. Lawyers for Gertler have previously denied all allegations of illegal conduct.

“It wouldn’t surprise me if he’s hired lobbyists and law firms to make representations to OFAC to have himself removed from that list,” said Peter Jones, a campaign leader at Global Witness. “He’s an international businessman and it’s very difficult to do business internationally” if you’re on the list.

The sanctions resonated widely in Israel, where Gertler’s family is well known. When Moshe Schnitzer, Gertler’s grandfather and the co-founder of the Israel Diamond Exchange, died in 2007, Prime Minister Benjamin Netanyahu delivered a eulogy. 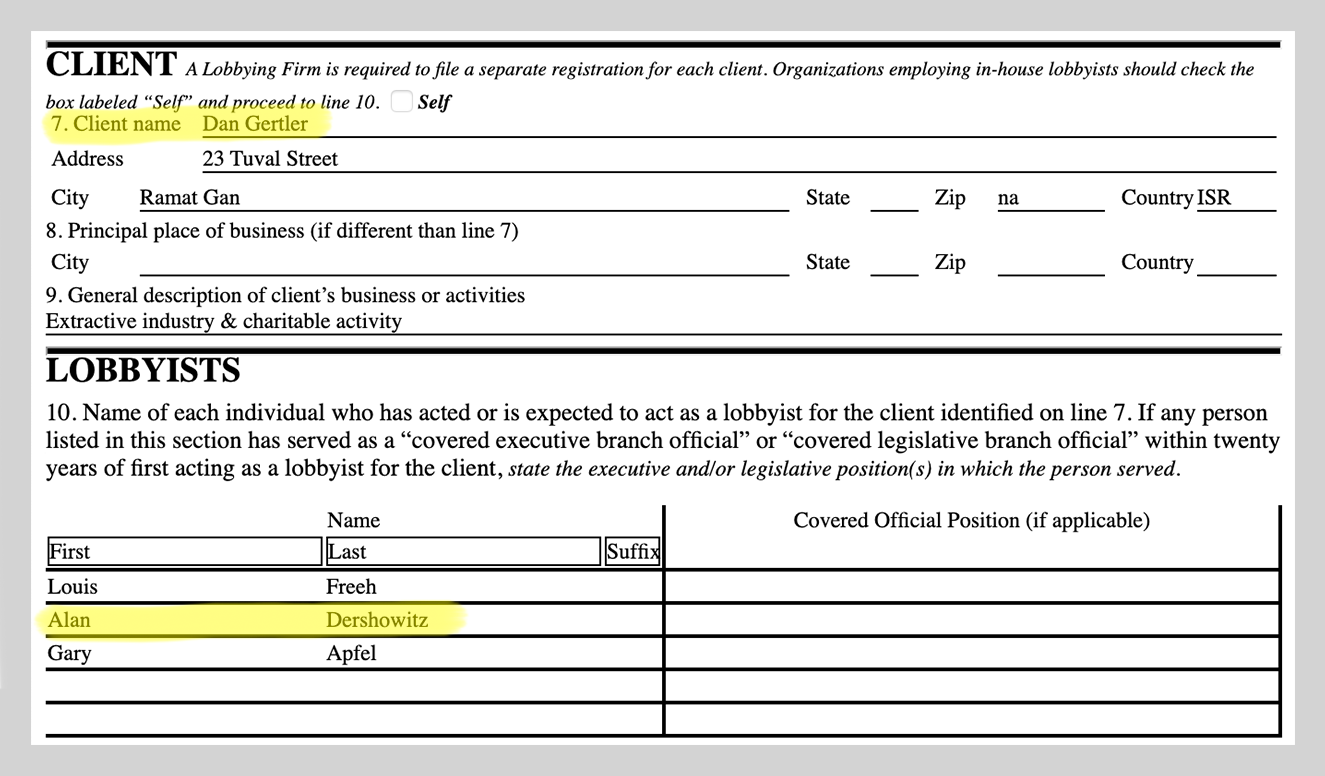 Dershowitz has been a prominent ally of both Trump and Netanyahu, who have returned the favor: Trump has called him “a brilliant lawyer” on Twitter, and Netanyahu has used Dershowitz’s arguments to persuade Israeli voters that he should not be investigated for corruption.

This is Dershowitz’s first lobbying registration. Reached by phone today, he said he had no comment. Freeh Sporkin & Sullivan did not respond to a request for comment.

Interestingly, while the lobbying filing was only filed Monday, its effective date of registration is listed as Oct. 17, 2018 — more than a year ago.

The New York Times reported last December that Dershowitz was advising Gertler. Asked at the time if he planned to use his access to the White House to lobby for Gertler, Dershowitz told the Times that he “would never raise an issue like this.” He called Gertler a “very good person” who is “being targeted primarily because of the actions of other people.”