Syrian President Bashar al-Assad is tightening the regime's grip on oil fields with an eye toward their eventual rehabilitation. 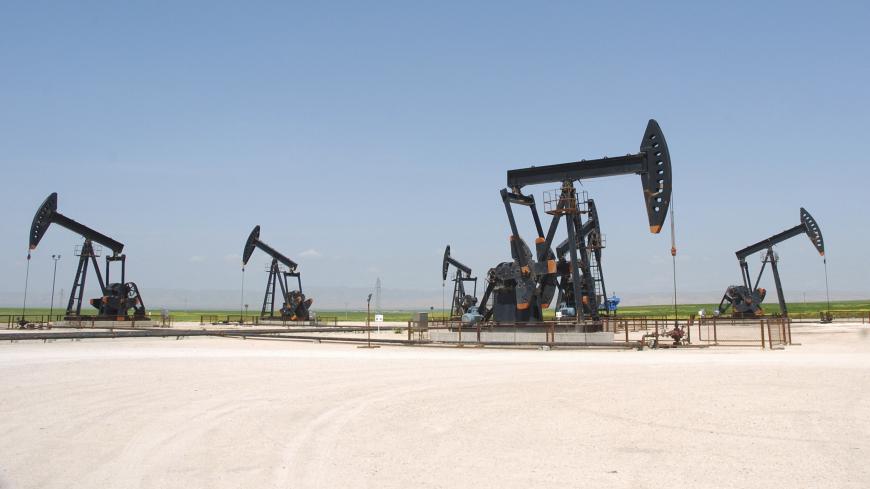 Immediately following the Oct. 13 Russian-mediated agreement between the Kurdish-led Syrian Democratic Forces (SDF) and the Syrian regime for the SDF to relinquish territory under its control to the Damascus government, the Syrian army began deploying to secure oil wells in Raqqa province.

Two weeks later, the regime tightened its grip on the oil fields in southeastern Raqqa province after SDF forces agreed on Oct. 27 to withdraw 30 kilometers (18.6 miles) from the border with Turkey in accordance with a deal signed Oct. 22 by Ankara and Moscow in Sochi. This opened the path for the Syrian army to deploy across 90 kilometers (56 miles) of the border in northern al-Hasakah province, from Ras al-Ain to Qamishli.

The provinces of Homs and Hama, and part of Raqqa, toward the desert up to the Euphrates River in the east and the border of Iraq, came under the regime's control on Oct. 19, putting the oil and gas fields in this area, known as the Triangle, under the supervision of the Syrian Oil Ministry, which is now working to reconstruct damage from airstrikes and sabotage with the goal of eventually attracting investors. Meanwhile, most of the oil fields east of the Euphrates — the largest being al-Rumailan, al-Omar and Suwaydiya — remain under SDF control. In light of the Donald Trump administration's decision to deploy more troops to protect these fields from Islamic State (IS) attack, the regime’s odds of taking control of them are slim. Therefore, Damascus is focusing on tightening its grip on the oil fields in the center of the country and around Raqqa.

Abdulkader Allaf, an electrical engineer and former deputy oil minister of the opposition's interim government, told Al-Monitor that even if the regime is successful in repairing the fields under its control and proffering them for local or international investment, it will still need to import oil to meet demand. “The regime can, however, [with] gas [it holds] secure the needs of power plants in its areas of control to provide electricity,” said Allaf.

According to the British Petroleum Statistical Review of World Energy for 2019, Syria had produced 406,000 barrels per day (bpd) of oil in 2008, and that dropped to 353,000 bpd after the civil war began in 2011. Production in 2017 and 2018 plummeted to around 24,000 bpd. Annual natural gas production fell from 7.4 billion cubic meters (bcm) in 2011 to 3.6 bcm in 2018. Oil Minister Ali Ghanem claimed in a statement to parliament in early October that dozens of old gas wells had recently been restarted, leading to an increase in production.

In a January interview with Al-Ikhbariya, Ghanem said that the losses over the past eight years totaled $74 billion and that Syria needs 100,000 barrels of oil a day. He also remarked that meeting demand through imports costs the government $8.8 million a day, and the annual contracts for importing oil derivatives as a result of production shortages and to meet demand are worth $1.2 billion.

Naser al-Tamimi, a London-based economic researcher, told Al-Monitor, “Iran's daily oil [derivatives] exports to Syria amount to 110,000 barrels by land and sea.” Syria had struck a financing deal with Iran in 2013 to import oil. According to Allaf, the regime controls only 10% of all the oil wells and fields in the country.

As part of official efforts to attract foreign companies, operators and contractors to work government-held fields, the Oil Ministry sponsored Syria International Petroleum and Mineral Resources – SyrPetro 2019, an oil and gas exposition held Oct. 26-29 in Damascus to highlight projects and investment opportunities. The show aimed to help investors determine future requirements of oil projects in Syria and the country's plans in the short and long terms, including strategic priorities and master plans for the oil sector.

A string of sanctions imposed by the European Union and the United States against the Syrian regime since 2011 in light of human rights violations had reduced the Syrian government's access to foreign exchange through oil exports. Restrictive sanctions prohibit investments in Syria's oil industry and discourage the purchase of Syrian oil.

The regime hopes it will gain a new supply source and reduce import costs by controlling the central oil and gas production triangle, rehabilitating its wells and reviving local or foreign investment in production. Tamimi asserts, however, that the volume of Syrian oil production is not very attractive to major international companies compared with, for example, the production level of Iraq, which rose over the past decade by about 1.5 million bpd to 4.5 million bpd in August. Iraq is now OPEC's second-largest producer.

Syrian oil production could reach 100,000 bpd, at best Tamimi said, if Chinese or Russian companies decide to invest. He believes China is the most likely foreign investor. “China had oil investments in Syria and has experience in managing investments in areas of civil wars and conflicts, such as Africa,” he noted.

Ma Xiu Ling, China's chargé d'affaires in Damascus, was quoted Oct. 24 by SANA, Syria's official news agency, saying that China is looking forward to taking part in Syria's postwar reconstruction and that the two countries are reviewing appropriate projects. He emphasized that China continues to provide humanitarian assistance to Syria, including worker training in reconstruction-related matters.

Tamimi noted that it is unlikely that many international companies, especially European or American businesses, will have any interest in investing in Syria absent a political resolution to the civil war. “Therefore, it seems that the only option for the regime is to appeal to Russian and Chinese companies,” he remarked.

The success of such investments will take time, Tamimi said, because investment requires stability in the entire region. “This is not to mention that the oil and gas fields are damaged, and the regime has no advanced technological capabilities to repair them,” Tamimi asserted. Regardless, he further stated, “Any increase in oil or gas production will favor the regime because it will reduce the import bill and curb dependence on Iran.”

Tamimi thinks Iran is keen to see the Syrian regime stand on its own and become financially and politically strong. “Syria is now draining Iran,” Tamimi said, referring to providing for Syria's energy needs. “Self-sufficient Syrian production would favor both the regime and its allies.” 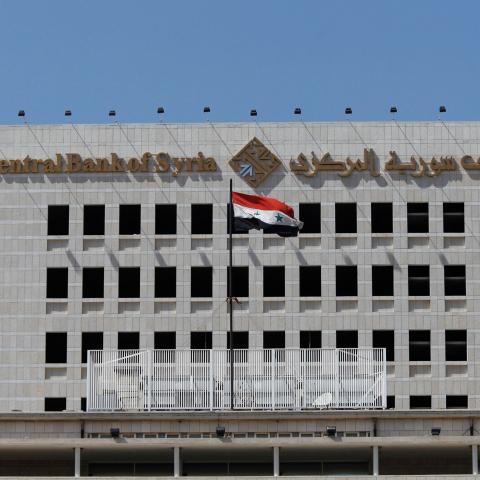 As sanctions loom, Syria looks to retrieve funds from abroad