Pentagon to stay in Islamic State fight from Iraq

The Pentagon expects to fight the Islamic State from Iraq, a senior defense official said today, as American troops are set to leave northern Syria under pressure from a deepening Turkish offensive. 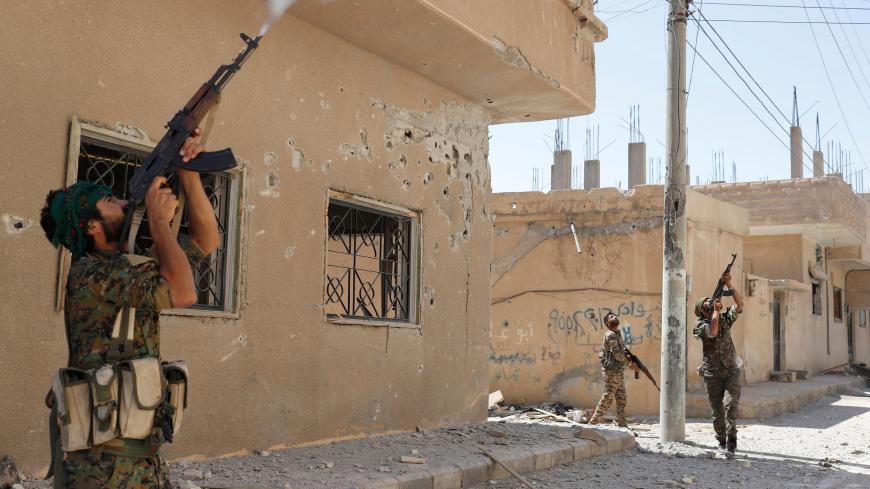 The Pentagon expects to fight the Islamic State from Iraq, a senior defense official said today, as American troops are set to leave northern Syria under pressure from a Turkish offensive probing deeper into the war-torn country than the Defense Department anticipated.

The campaign to defeat the Islamic State (IS) will continue, the official told reporters at the Pentagon. “We have significant assets, personnel as well as coalition capabilities throughout the region, and we will continue to prosecute that campaign.”

The US Central Command is still planning the details of how to remotely wage the campaign, which has leaned heavily on a Kurdish troops that have struck a deal for protection with the Bashar al-Assad regime under intense military duress from Turkey’s three-pronged drive into the country.

“We will be adjusting to new circumstances on the ground that create new challenges,” the official said. “But we’re good at adapting and we’ll continue to do so.” The official said the Syrian Democratic Forces (SDF) had “signaled a willingness to continue prosecuting" the fight to defeat IS in Syria.

Gen. Raymond Thomas, then-head of US Special Operations Command, told Congress in March that the Pentagon was “working on solutions” to remotely provide support to the SDF, but conceded it would be “harder” for American units not to have proximity with their Syrian Kurdish and Arab counterparts.

But it was not immediately clear how the US would be able to win back the trust of the Kurdish People’s Protection units and the SDF, who have called the Donald Trump administration’s move to allow a Turkish incursion into the so-called security mechanism zone a “betrayal.”

The Pentagon suspended the fight to defeat IS last week as the Turkish incursion kicked off. Though Turkey has “committed” that it will have control of its military and proxy forces, the Pentagon has seen Free Syrian Army units releasing IS prisoners as Kurdish guards have left, another defense official told Al-Monitor on Monday.

Yet the Trump administration is having trouble corroborating reports of human rights abuses by Turkish-backed units, officials said. “We just have less eyes on the ground,” a senior defense official told reporters today.

Any effort to convince Iraq to take on more US troops would face significant political headwinds. The country has been rocked by nearly two weeks of protests, with young Iraqis pouring into the streets to demonstrate against corruption and poor living conditions, posing a threat to Prime Minister Adel Abdul Mahdi's political future. A growing number of parliamentarians have already called for American forces to leave the country this year. US troop levels in Iraq, currently over 5,000, are capped under so-called "force management levels," though the Pentagon can rotate in more units on shorter missions.

Meanwhile, the State Department has redeployed members of its Syria-focused team out of the country this week and began a security review and will be “adjusting or suspending their activities as they deem appropriate,” an agency official said. The department will be “working from offices in the region” and “monitor programming remotely.”

Mercy Corps also stopped operations and removed staff from the war-torn country, where the international aid agency had been providing for basic necessities for Syrians, Reuters reported Monday.

According to a statement, Pence will tell Erdogan that US sanctions on top Turkish officials will remain in place until a cease-fire deal is reached. The Turkish president said on Tuesday that Turkey would “never” agree to stop the assault.