Whatever the outcome of Lebanon's protests, one thing is certain: Hezbollah will have to change if it wants to weather the storm. 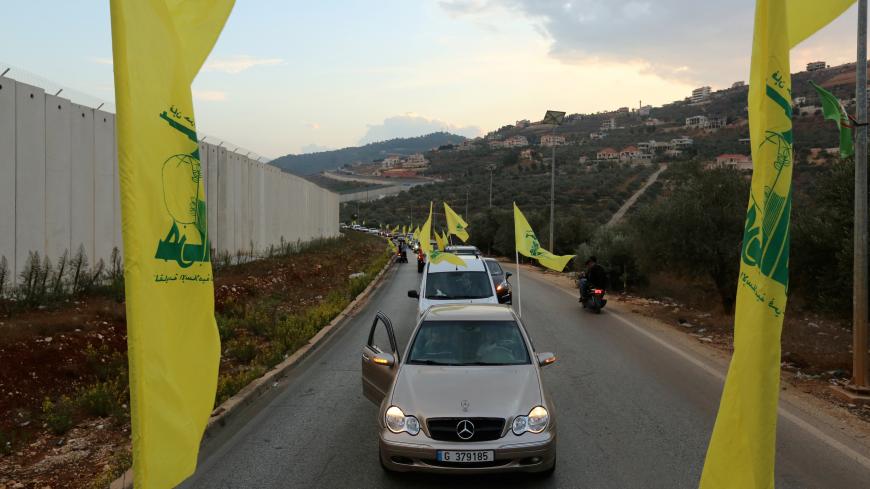 Since Oct. 17, unprecedented protests across Lebanon have challenged the political status quo, which has always been at an intersection of interests between the country’s ruling oligarchy and their foreign backers. Hezbollah, which is the status quo’s power broker, is facing a pivotal moment, and if it fails to adapt could potentially risk the environment that allowed the group in the past three decades to confront Israel and expand its regional activities.

The protests in traditional Hezbollah strongholds should be a cause for alarm for the group, most notably the Bekaa Valley and South Lebanon. There are two overarching factors that triggered this inevitable challenge to Hezbollah, which leaves the armed group in a series of dilemmas with a ticking clock to decide which path to take.

First, Hezbollah's exposure to international pressure over the past three years has been alleviated under the wing of the Lebanese government. A US-Iranian tacit understanding in 2016 secured the presidential deal that brought Gen. Michel Aoun to the presidency and Saad Hariri to the premiership under the auspices of Hezbollah. The priority for Hezbollah has been to preserve the conditions that allow the group to maintain its prevailing status quo over the country’s political system by balancing the sectarian demands of the ruling oligarchy. The United States is indicating that the status quo is not sustainable, hinting that this presidential deal might no longer be a US priority or at least seeking to alter it, while Iran seems intent on maintaining the status quo or at least improving its conditions, as we have seen paramilitary groups assaulting protesters in both Iraq and Lebanon.

The tradeoff in this 2016 presidential deal was that Hezbollah would be allowed to have its military infrastructure and decide the parameters of its role in the Syrian war and in the conflict with Israel in return for Hezbollah not hindering the ability of Aoun, Hariri and parliamentary speaker Nabih Berri to lead the government machinery. It took Hezbollah years to secure this formula, evolving from the distrust toward Hariri in the July 2006 war against Israel, the 2008 military confrontation with the Hariri-led Future Movement and the 2011-2012 political tensions over the Syrian uprising.

Nasrallah is guilty of evoking a populist narrative about corruption in Lebanese politics, a bar that Hezbollah did not meet. To deflect public criticism of his group’s inability to deliver on governance, Nasrallah forcefully made corruption a central campaign theme in the 2018 parliamentary elections and formed an anti-corruption bureau led by parliamentarian Hassan Fadlallah. Last February, Fadlallah submitted documents to the state’s financial prosecutor judge Ali Ibrahim, who is close to the Amal movement, a Hezbollah ally.

Fadlallah is now being ridiculed by protesters for claiming earlier this year that all corrupt officials will be prosecuted and put in jail. The fact is, however, that the sectarian balance and the Western support for Hariri and Druze leader Walid Jumblatt prevented the prosecution of their associates, while Hezbollah’s preference to maintain Shiite unity prevented the group from exposing the corruption surrounding Amal. Anti-corruption efforts reached a deadlock this year given the lack of independent judiciary and the sectarian red lines that make accountability improbable, and now the protesters have taken to the streets to rebuke this sectarian system.

Second, Hezbollah has stretched its regional activities and resources in the past few years, whether in Syria, Iraq or Yemen. One protester told Hezbollah Secretary-General Hassan Nasrallah via al-Jadeed television Oct. 19 that “Lebanon is more important than Syria,” in reference to the armed group’s military intervention next door since 2013. Not only is the government increasingly out of resources to deliver on services, Hezbollah suffered from US sanctions on Iran and from US pressure on Lebanese banks dealing with the armed group, which forced Hezbollah to hold fundraising events. This shift of dynamics from a group offering public services to a group asking for contributions seems to have made Hezbollah more vulnerable from a constituency that now has different expectations from its representatives in the government.

Nasrallah made it clear in his speech Oct. 19 that he is against the government resignation. He raised questions in a later speech about the credibility and legitimacy of the Lebanese uprising. However, Nasrallah appears to be losing control of a significant part of the Shiite constituency and the Lebanese public as these protests continue, and Hariri ended up resigning unilaterally. For Hezbollah, any concession might open the door for concessions on more significant issues given that protesters are demanding a transitional government that might be politically autonomous from anyone’s influence, including Hezbollah’s.

Hezbollah has two choices: ride the public wave of anger or face it. Facing it means the end of the myth that Hezbollah and Amal have full control of the Shiite vote, and that Hezbollah can no longer dictate what happens in Lebanon. This can translate into forcible measures against the protesters that might further tarnish the image of Hezbollah.

Riding the wave means Hezbollah will have to prioritize the socioeconomic challenges in Lebanon instead of focusing on regional activities, which means conceding influence in the Lebanese political system instead of continuing to appease the ruling oligarchy. The armed group will have to calibrate and recognize the new realities of Lebanese politics, which requires weakening of friendly parties like Amal and the Free Patriotic Movement in the government.

One common mistake, however, is the assumption that the protests in Lebanon are a revolt against Hezbollah. Traditional Shiite supporters are defying the armed group’s backdoor deals within the political system, but they remain supportive of what they describe as “the resistance project” against Israel. These protesters want Hezbollah to give up the ruling oligarchy that became Hezbollah’s support system.

The dilemma, however, is that without this support system, Hezbollah will lose the network that provides its political funding at home and allows it to maintain its strength in Lebanon. That’s Hezbollah biggest dilemma, whether it will face or ride this public wave. Business as usual might no longer be an option. Hezbollah will not remain the same after the Lebanese uprising.