Lebanese politics have been plagued by the division between Shiite and Sunni Muslims years in the making. Recent sectarian clashes in north Lebanon and Beirut are a symptom of this growing divide, writes Randa Slim. It must be overcome soon or it could plunge Lebanon into another civil war. 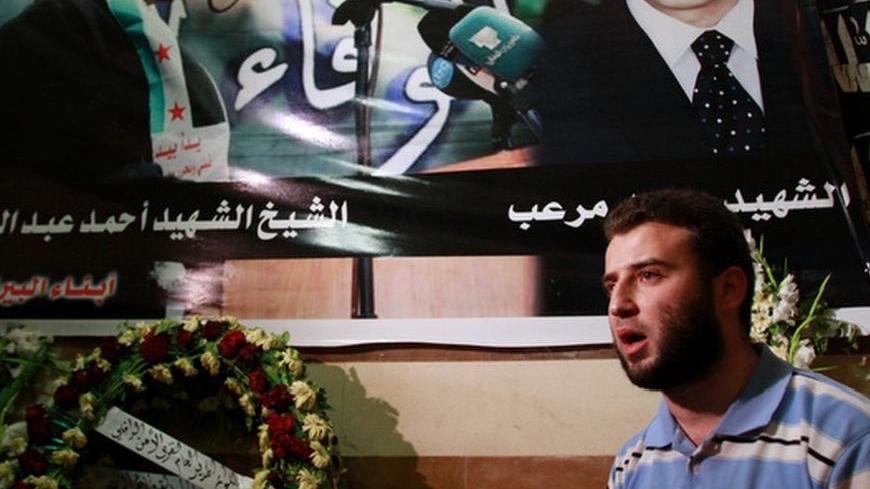 Shadi al-Moulawi, a Sunni Islamist who was released from jail this week, speaks during an interview with Reuters at a mosque in the northern province of Akkar, northern Lebanon May 23, 2012. Al-Moulawi, a Lebanese Islamist whose arrest on suspicion of helping arm Syrian rebels sparked deadly sectarian fighting in Lebanon says his release shows Lebanese authorities cannot afford to anger Sunni Muslims who back their counterparts fighting in Syria. - REUTERS/Omar Ibrahim
May 29, 2012

The main fault line in Lebanese politics is the division between Shiite and Sunni Muslims. Years in the making, this divide must be overcome soon or it could plunge Lebanon into another civil war.

Recent sectarian clashes in north Lebanon and Beirut are but a symptom of this growing divide. At the political-leadership level, Hezbollah’s Sayyed Hassan Nasrallah and the Future Movement’s Saad Hariri — the Shiite and Sunni de facto leaders — are not on speaking terms. At the grassroots level, a wall of fear and mistrust separates Lebanon’s two largest communities.

In the 2009 parliamentary elections, 93.1 percent of the Shiite vote went for Hezbollah candidates while 76 percent of Sunnis voted for Future Movement candidates.

Each of these parties enjoys a significant level of support from the Christian community, the third-largest religious bloc in Lebanon after Shiites and Sunnis. In the 2009 elections, the Christian vote split almost equally with 46.1 percent going to the Future-led March 14 coalition, and 49.4 percent for the Hezbollah-led March 8 coalition.

The Muslim parties’ Achilles heel remains their lackluster appeal to Muslims on the other side of the sectarian divide.

Over the years, Hezbollah has tried to bridge the gap by reaching out to several different Sunni groups. In 2008, Hezbollah signed a memorandum of understanding with a Tripoli-based Salafi group led by Sheikh Hassan al-Shahal. Yet this group and other Sunni politicians who have allied with Hezbollah over the years have failed to command a following inside the Sunni community that is of equal weight with the constituency Hezbollah ally, Gen. Michel Aoun, has built among Lebanese Christians.

Similarly, the Future Movement has tried to develop a cadre of Shiite politicians and activists who could present a political alternative to the duo of Hezbollah and an older Shiite party, Amal. The Future Movement’s efforts have yet to make a dent, however, in the Hezbollah-Amal support base in part because the cadre is viewed as merely a surrogate for the Future Movement and a Sunni choice imposed on Shiite voters.

The divide between Lebanese Shiites and Sunnis has grown wider and sharper since the outbreak of the uprising against Syria’s minority Alawite government 15 months ago.

Most Lebanese Sunnis, particularly in the north, support the Syrian revolution. Their animosity towards Syrian President Bashar al-Assad goes back decades; many still believe he played a role in the 2005 assassination of the late Prime Minister Rafiq Hariri.

For most Lebanese Shiites, on the other hand, regime change in Syria would remove an ally from power. The majority of Shiites accept Hezbollah’s and Iran’s narrative that the Syrian uprising is an Israeli-Western conspiracy aimed at weakening the Iran-Syria-Hezbollah axis of resistance.

Regionally, the Syrian revolution has created a wedge inside the Islamist camp.

Prior to the Arab citizen revolutions, Islamist groups were united by their opposition to pro-Western Arab authoritarian regimes and by their support for the Palestinian cause. The revolutions in Bahrain and Syria have unraveled this unity.

Today, Sunni Islamists, in particular Muslim Brotherhood-affiliated groups such as Hamas and Lebanon’s Jama’a Islamiyah, support both the Syrian revolutionaries in their bid to oust Assad and the Sunni minority Bahraini government’s campaign to quash a Shiite rebellion that Sunnis believe was instigated by Iran.

The Iranians and Hezbollah, meanwhile, are assisting the Syrian regime in its brutal crackdown against the citizen uprising while supporting Bahrain’s rebellion. Both movements are fueled by the same values and aspirations motivating Arab citizens everywhere from Libya and Tunisia to Egypt and Yemen.

Hamas’ recent disassociation from the Syrian regime weakened the “resistance” argument which Hezbollah leaders trumpet in defending their support for Assad and crystallized the sectarian nature of the divide within political Islam. Shiites are supporting fellow Shiites and Sunnis are standing by the side of their Sunni brethren even if the latter happen to be authoritarian regimes engaged in a violent crackdown against their own citizens.

While Salafis have always been part of Lebanon’s Sunni religious fabric, their recent rise to prominence also is evidence of a trend of anti-Shiite radicalization that is taking shape inside the Sunni community — especially among the poor and lower-middle classes in rural areas and some urban centers.

Beirut, a Sunni-majority city, has yet to embrace this phenomenon in the same way that two other major Sunni-majority urban hubs, Sidon and Tripoli, have done.

The Salafis are gaining momentum for two main reasons. One is a leadership vacuum in the moderate Sunni camp that is mainly represented by the Future Movement whose current leader, Saad Hariri, has coined a new meaning for leadership — tweeting. The other reason is the Salafis’ simple appeal of wanting to restore Sunnis’ dignity from the humiliation they suffered in May 2008 when Hezbollah launched a military incursion into the streets of Beirut.

It is ironic that the same argument which was used by Shiite religious leaders, including the late Imam Musa al-Sadr in the 1970s, to justify the establishment of a Shiite armed movement as a precursor to Hezbollah, is now being proffered by Salafi religious leaders when they talk of Sunnis needing to carry arms in self defense.

The rise to power of Islamists and Salafis in Arab countries — with the possibility that Egypt’s next president could be a Muslim Brother — has also emboldened Lebanon’s Sunni community to challenge the political status quo, which they believe is dominated by Hezbollah. Conversely, Lebanon’s Shiites feel under siege and are worried about an emerging anti-Shiite Arab order, hence their interest in preserving the status quo.

This is the time for dialog and compromise. President Michel Suleiman’s decision to convene a National Dialog in mid-June is a step in the right direction. Hezbollah’s leader has announced that his party will participate. Future-led March 14 has conditioned its participation in the Dialog on the resignation of the cabinet, a non-starter since the coalition lacks the parliamentary majority to force a no-confidence vote.

More than the dialog among the political bosses, what is urgently needed is a reconciliation process at the grassroots level involving high-school and university students, religious figures, civil society and trade associations, among others.

During an interview last week (May 25) on New TV, an older woman from Beirut’s Shiite southern suburbs remarked: “We don’t hate anybody. They hate us.”

I would bet residents in Beirut or Tripoli or Akkar would say the same thing about people in the southern suburbs. With every incident of sectarian violence, the chasm separating the two communities grows wider.

Randa Slim is a scholar at the Middle East Institute and adjunct research fellow at the New America Foundation.