Politicization of the anti-corruption campaign in Lebanon

As Lebanon’s political parties, namely Hezbollah, are leading anti-corruption efforts by going after high-level former ministers, questions are raised about these efforts’ seriousness and effectiveness. 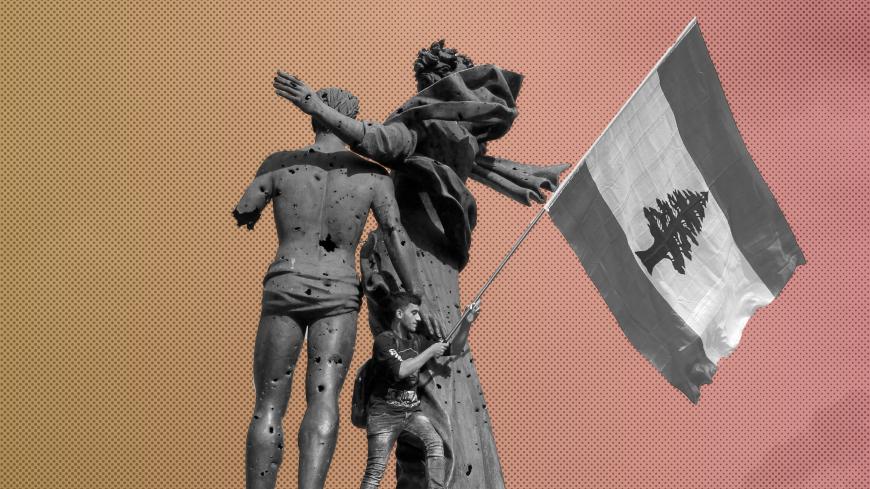 The latest buzzword in Lebanon is combating corruption. Nearly every political party, most notably Hezbollah, is preaching this mantra. The Lebanese public and international donors are complaining about political corruption, as the country grapples to survive a grave economic and fiscal crisis. Yet there are questions concerning the depth and seriousness of these efforts.

This campaign has been massive in recent weeks, tackling suspects in the judicial branch, the security sector and professional unions, among others. The Ministry of Justice has accelerated the processing of corruption cases and there is a media frenzy feeding this narrative with regular scoops unveiling new corruption charges.

There are three major motivations driving this anti-corruption euphoria: the country’s near economic collapse, the public’s growing grievances and the government’s commitments to international donors.

This anti-corruption campaign seems to deflect the attention away from decadeslong mismanagement of public resources, the sectarian nature of the patronage system and the high economic cost of the country’s political instability.

The economic numbers are staggering. In January, the national debt reached $85.32 billion — nearly 150% of the gross domestic product — an increase of $4.93 billion compared to January 2018. At the CEDRE conference in Paris in April 2018, international donors committed $11.8 billion — 90% as loans — to revitalize the economy, while the Lebanese government pledged in return to combat corruption and reform the public sector.

This anti-corruption campaign is primarily going after public employees. Parliamentarians have a de facto immunity under Lebanese law, while prosecuting presidents, prime ministers and ministers require the consent of the Supreme Council for the Trial of Presidents and Ministers, which includes eight of the most senior national judges and seven deputies selected by the parliament.

This council has tackled two cases only since 1992, and its most high-profile one was threatening to prosecute former President Amin Gemayel when he considered returning from exile in the early 1990s. Prosecuting any official in this body is very difficult to achieve as it requires two-thirds of the parliament’s vote.

The directorate general of the Finance Ministry reviewed and documented all the missing financial accounts between 1993 and 2017. Within this context, the government of former Prime Minister Fouad Siniora, an ally of current Prime Minister Saad Hariri, is suspected by the March 8 coalition, which includes Hezbollah, of wasting $11 billion in extra budgetary spending during his premiership between 2005 and 2009, most notably when the Shiite ministers resigned from the Siniora government in November 2006.

A member of Hezbollah’s parliamentary bloc, Hassan Fadlallah, called on the Finance Ministry — currently led by Ali Hassan Khalil, a member of parliament Speaker Nabih Berri’s Amal bloc — to make this report available to the parliament, and called on the public prosecutor to investigate these charges.

Siniora and the Finance Ministry’s Director General Alain Bifani held separate press conferences to set the record straight regarding the missing financial accounts, while Hariri affirmed through Grand Mufti Sheikh Abdel-Latif Derian that going after Siniora is a “red line.”

While President Michel Aoun, Hariri and Berri are encouraging measures to combat corruption, going after high-level figures like Siniora might undermine their efforts. The main entities that can investigate the subtle charges against Siniora — the audit bureau and the financial prosecutor — are appointees close to either Aoun or Berri, and both seem reluctant to prosecute Siniora for political calculations.

For Hezbollah, there are three advantages in taking this anti-corruption route. First, it answers major grievances of its base given the group’s shrinking resources and inability to meet their socio-economic demands.

Second, this issue drives a wedge between Aoun and Hariri, since it puts them at odds on how to combat corruption. We are already seeing friction between the two sides of the presidential deal that elected Aoun in 2016, and these tensions benefit Hezbollah and Berri who have been wary of the close Aoun-Hariri alliance.

The missing major components of this anti-corruption campaign are addressing the patronage system and the current unsustainable trends in the national budget. Since freezing employment in the public sector in a law passed in 2017, 15,200 illegal full-time staff and contractors were hired. At least 45% of the state budget is allocated to salaries, plus pensions and benefits, 31% goes to debt service and 12% to electricity, which now has an annual deficit of $2 billion. The agencies that are most burdensome on the budget are the salaries and benefits of the military — currently at 115,000 personnel — and the Ministry of Education.

Lebanese official sources, who spoke on condition of anonymity, told al-Monitor that it is not clear yet what kind of reforms this government will follow. These sources noted that short of a gradual cut in the public sector and the elimination of some unnecessary agencies, balancing the budget is a futile exercise.

The sources said that international donors are focused on reducing the deficit more than advancing a specific shortlist of achievable reforms, affirming that the CEDRE conference could either be “very good or catastrophic,” depending on how Lebanese officials absorb the incoming investments and loans from international donors.

If anti-corruption becomes an excuse to settle scores and reforms an incentive to amplify the deficit, the Lebanese government is heading in the wrong direction. The US-Iranian rivalry — via Hezbollah in Lebanon — might undermine the reform agenda that was theoretically linked to the CEDRE conference. Major powers that influenced Lebanese politics in the past decade obviously prioritized the loyalty of their allies instead of combating corruption and balancing the budget. In return, the Lebanese ruling class used their foreign enablers to preserve their own interests. This trend seems to be continuing in the foreseeable future.