Was Hezbollah really the winner of Lebanon’s elections?

Despite suggestions by the media, Hezbollah does not have the clear upper hand in Lebanon after the May 6 legislative elections. 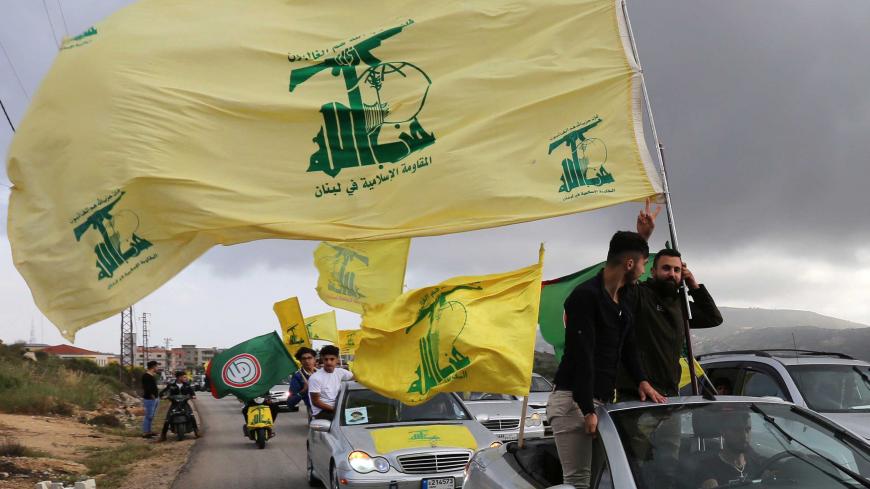 A supporter of Lebanon's Hezbollah gestures as he holds a Hezbollah flag in Marjayoun, Lebanon, May 7, 2018. - REUTERS/Aziz Taher

The prevailing assessment among Western media is that Iranian-backed Hezbollah emerged the winner from the Lebanese parliamentary elections held May 6. There are, however, nuances that should be taken into consideration when interpreting the electoral outcome.

First, as recent days have demonstrated, Hezbollah loyalists can resort to coercion at any time to intimidate rivals and remind those concerned that with or without elections, the movement controls the ground. As seen in the May 2008 clashes in Beirut between Hezbollah and forces associated with the Future Movement, however, Hezbollah’s ability to thoroughly trample rivals is limited and comes with high risks. Foremost, an unstable Lebanon jeopardizes Hezbollah’s safety net at home, hence the goal of the Shiite armed group is to manage the political system rather than to subjugate it. The 2018 elections are not expected to alter these dynamics.

Second, while it is true that the newly elected parliament is in some ways “Hezbollah friendly,” this comes with a caveat. In the big picture, the principal Lebanese political figures will not likely raise the issue of Hezbollah’s weapons, because they all are focused on the domestic power struggle. The caveat is that to avoid a backlash, the Shiite group has to remain neutral in the political battle among the ruling class.

More than half of the current parliament — the Future Movement, Free Patriotic Movement, Lebanese Forces and Progressive Socialist Party — has in the past few years either been critical or not publicly supportive of Hezbollah’s regional agenda. The Shiite coalition of Hezbollah and Amal and their core allies now have a one-third blocking vote of 43 seats, which allows them to veto any legislation that goes against Hezbollah’s interest.

Third, Lebanese politics no longer revolves around the Western-backed March 14 and pro-Syrian March 8 coalitions. Independent figures from the March 14 coalition were mostly eliminated from parliament in the vote this month, and although Hezbollah revived the remnants of the March 8 alliance, there is little it can do. The new dividing line in Lebanese politics is the 2016 deal that elected Gen. Michel Aoun president — those who were part of it, and those who continue to challenge it.

Aoun and Prime Minister Saad Hariri, the leader of the Future Movement, have recently kept Samir Geagea, the leader of the Lebanese Forces, at arms’ length, although he had been expecting to reap benefits from endorsing the 2016 deal. Geagea won 15 seats in the May vote, so the Aoun-Hariri alliance will have to accommodate his demands, which include heading the Energy Ministry, which oversees gas exploration and has for years been controlled by the Free Patriotic Movement, founded by Aoun. Meanwhile, there is growing opposition to the 2016 presidential deal led by Amal leader and parliament Speaker Nabih Berri, Druze leader Walid Jumblatt, Sunni leader Najib Mikati and Maronite leader Sleiman Frangieh.

Fourth, the next constitutional steps — electing a parliament speaker, nominating a prime minister and forming the Cabinet — will test and most likely reinforce these alliances. While Berri and Hariri are expected to retain their posts, there will be some rope-tightening.

Hezbollah might have to intervene once again to manage disputes between Amal and the Free Patriotic Movement. The preconditions have already been announced. Berri made it clear that he wants the Finance Ministry to stay in Amal's hands as a Shiite veto against the Maronite-Sunni alliance, since the finance minister will have to sign most major decisions by the president (a Maronite) and the prime minister (a Sunni). Aoun has hinted that if there is no consensus on forming the Cabinet, that is, no agreement with the opposition, the government will be formed with the minimum threshold of 65 votes to gain the parliament’s vote of confidence.

Unlike the opposition camp, the Aoun-Hariri-Geagea alliance can secure this threshold and has the upper hand in the Cabinet if Geagea remains on their side. That said, no single coalition can rule the country alone, so the two camps will have to reach an agreement on forming the Cabinet.

Fifth, the math will be different if this parliament ends up electing the next Lebanese president. There is a five-month difference between the expiration of the parliament's term, in May 2022, and the presidential election, in October 2022, and it is not clear whether Lebanese leaders will once again extend the term of the parliament to elect the next president. Nonetheless, the anti-2016 deal camp have the one-third obstruction vote to prevent a quorum and delay legislative sessions until an agreement is reached on a consensus candidate. Hence, it is harder for the Free Patriotic Movement leader, Gebran Bassil, to succeed his father-in-law, Aoun, if this parliament decides the presidency in four years. Moreover, the anti-2016 deal camp got one of its main presidential candidates, Jean Obeid, into parliament in preparation for a possible election battle in 2022. The Free Patriotic Movement will therefore not break from Hezbollah to increase Bassil’s presidential chances.

Assessing the winners and losers of the May 6 elections is not a simple task. The popular vote reflected not only the flaws of the new electoral law, but also the inherent deficiencies of the political system. What has preserved Lebanon’s stability in recent years is the international umbrella in place since 2014, when the United States and Iran entered into a tacit rapprochement. This umbrella is now at risk after President Donald Trump’s rejection of the Iranian nuclear deal and Israeli-Iranian confrontations next door in Syria.

If Riyadh inspires Geagea to withdraw support for the Aoun-Hariri alliance or the United States pressures Aoun to completely break with Hezbollah, Hariri will be undermined with no better options for surviving politically. An unlikely alliance in the new parliament with former March 14 allies Geagea and Jumblatt will not give Hariri the simple majority of 65 votes. Hezbollah might emerge as a clear winner if external pressure forces Lebanon back to the pre-2016 political divide.