Lebanon gears up for a 'realignment' election

Is the excessive and precarious pandering to voters ahead of Lebanon's first parliamentary elections since 2009 a prelude to a post-election realignment of the political system? 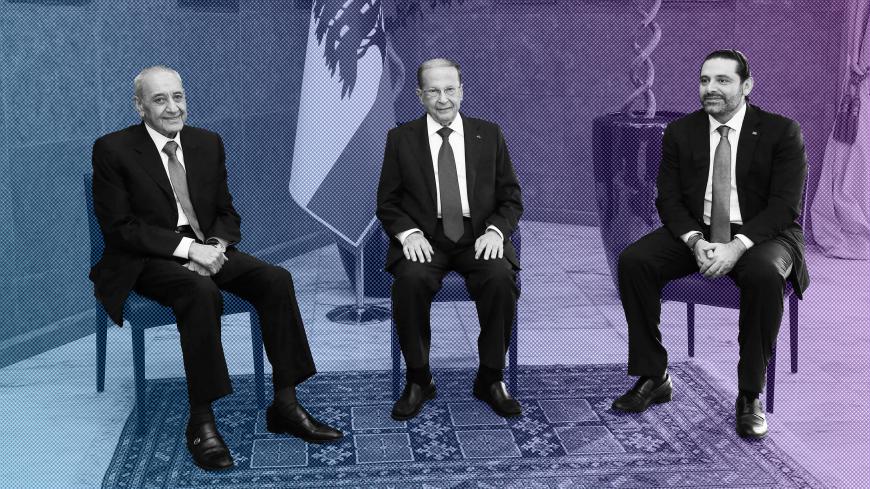 Political tensions are running high in Lebanon ahead of the anticipated legislative elections in May. The excessive and precarious pandering to voters seems to be the prelude to a post-election realignment of the political system.

Last time an election was held in Lebanon was in 2009, and the Middle East was different back then. The Syrian regime was still the major power broker in Lebanese politics, and Iranian-backed Hezbollah had just dealt in May 2008 a military blow to the Saudi-backed Future Movement. After heavily investing in the 2009 elections, Riyadh re-engaged Damascus to contain the growing Iranian influence in Lebanon. However, the United States put a brake on the Saudi-Syrian rapprochement, which resulted in the ousting of Saad Hariri’s first Cabinet in January 2011. Two months later, the Syrian uprising began in March 2011.

This time around, the dynamics have drastically changed. The Syrian regime is no longer a regional player, and the two anti- and pro-Syrian regime alliances (March 14 and March 8, respectively) have subsequently frayed. In October 2016, Iran and the United States reached a tacit deal that led to the election of President Michel Aoun and secured Hariri’s return to the premiership — a deal that did not meet the expectations of Saudi Arabia or Israel.

This external umbrella has provided Lebanon a relative stability safety net since 2014. However, Lebanese domestic politics is more nuanced and has its own complex calculations. Aoun and Hariri, who were enemies in the past decade, have been solidifying their alliance in the past two years. For parliament Speaker Nabih Berri, this alliance is reminiscent of the pre-1990 Lebanese politics when Maronite and Sunni leaders consolidated power at the expense of Shiite leaders.

These tensions are manifested in a constant power struggle. For instance, Berri wants to make the approval of the finance minister, currently under his control, a prerequisite for every major executive decision by the president and the prime minister. Aoun seeks instead to reassert the power of Christian leaders in the Lebanese system. Hariri has been projecting a neutral stance but is hoping that Aoun will gradually break his coalition with Hezbollah. In return, Hezbollah is acting impartial in the confrontation between two major allies; however, the party’s utmost priority is the unity of the Shiite alliance. The Lebanese government represents the same balance of power in the parliament, hence legislative accountability and oversight does not exist.

Since the Syrian regime is no longer their referee, Lebanese politicians have struggled to manage their differences. The recent heightened tensions between the Amal Movement and the Free Patriotic Movement (FPM) have fuddled Hezbollah’s ability to keep the ruling coalition relatively cohesive. FPM leader and Aoun’s son-in-law, Gebran Bassil, called Berri a “thug” in a leaked tape, and Berri’s response was meant to be a reminder of his ability to disrupt the system. Ultimately, both Berri and Bassil have mobilized their loyalists better than any campaign could have done, which nearly jeopardized the country’s fragile stability.

Meanwhile, external pressure managed to subdue two crises before they spiraled out of control. Last November, the Saudis put unprecedented pressure on Hariri to resign while in Riyadh, but instead it united the country’s leaders. And Israeli threats to Lebanon not to explore the disputed gas block in international waters helped contain the vicious Amal-FPM political fight.

Not surprisingly, Lebanese leaders are also exploiting external factors to settle scores at home. Banning the movie “The Post” because its director Steven Spielberg contributed money to Israel was a prelude to the recent crisis. The OTV channel, which speaks on behalf of the FPM, criticized the Hezbollah-inspired decision, which led to tensions on social media between loyalists of both sides. Hariri intervened and overturned the ban decision.

Furthermore, Hariri-appointed State Prosecutor Samir Hammoud has been indicting television anchors associated with LBC channel for either insulting Aoun or mocking Saudi Crown Prince Mohammed bin Salman. The end goal, however, seems to be a payback for LBC’s coverage of Hariri’s resignation in Riyadh, which was supportive of the Saudi scheme to oust the Lebanese Cabinet.

Aoun seems to be setting the stage for a post-election disengagement from Hezbollah. It is yet to be seen whether this engagement will include issues pertaining to Hezbollah’s military activities. Berri, instead, is paving the way to play the leading role in the opposition to the presidency. Within this political framework, the key to political stability is for Hariri to keep Berri at arm’s length and for Hezbollah to walk a fine line with Aoun. If the 2016 presidential deal collapses, Lebanon might enter an unprecedented constitutional crisis.

For the foreseeable future, the backstage handlers, Iran and the United States, are defining the parameters of stability. Saudi Arabia and Israel are the outsiders playing the disruptive role and indirectly setting the tone of Lebanese politics. However, the main challenge for Lebanon remains domestic.

Now that the Syrian-Saudi influence is no longer present, the post Taif Agreement era needs to be revised, which is a delicate issue stirring tensions among Lebanese leaders. As external pressure might not always be handy to subdue political infighting, the Lebanese Constitution should include the necessary mechanisms to resolve these differences. Recent tensions are a setback and showed that Lebanon is not quite ready yet for self-governance.