Israel's Foreign Minister Yisrael Katz is elaborating a campaign to reduce what he considers growing Turkish influence in East Jerusalem. 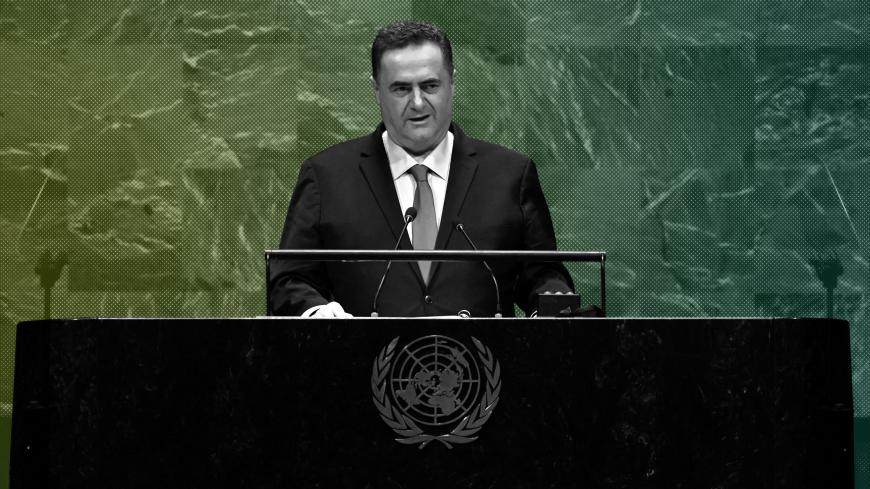 No one who has visited Jerusalem over the past few years will be surprised by the preponderance of red Turkish flags with their crescent and star, fluttering over the city’s eastern Palestinian neighborhoods. These flags are just one visible manifestation of a major effort by the Turkish government to establish a presence in the Israeli capital. Investigative reports in the press, conducted over the last few years, have revealed the scope of Turkish activity in Jerusalem, which includes the renovation of homes, restoration of mosques and efforts to expose the residents of East Jerusalem to Turkish culture, including cooking workshops and Turkish-language classes. These efforts also include increasing involvement in the affairs of Al-Aqsa Mosque, as described by Ben Caspit in July 2018.

Three groups oversee Turkish activity in Jerusalem: TIKA (Turkish Cooperation and Coordination Agency), which is an international Turkish humanitarian organization, and two local groups, Our Heritage and the Rock of Charity. Now, however, Israel has decided to put an end to this Turkish involvement in Jerusalem affairs. In fact, on Oct. 6, Foreign Minister Yisrael Katz ordered his ministry to prepare plans to put an end to these activities. As part of the ministry’s plan, Israel intends to revoke the head of TIKA’s diplomatic status in Jerusalem, effectively making his presence in Israel illegal. “The era of the Ottoman Empire is over. Turkey has no reason to be in Jerusalem,” said the Foreign Ministry in an especially bellicose statement. “[Turkish President Recep Tayyip] Erdogan’s declarations that Jerusalem belongs to all Muslims are absolutely baseless and ridiculous. Israel maintains sovereignty in Jerusalem, while ensuring freedom of worship for all religions. We will not allow anyone to interrupt this sovereignty.”

At the forefront of efforts to pressure the government on this issue is Maor Tzemach, chairman of Lach Yerushalayim, a local organization that keeps close track of Turkish activity in Jerusalem. “There is Islamic dawa [charitable] activity by Turkey here,” he told Al-Monitor. “People wandering around East Jerusalem might think that they are visiting a Turkish city. There are voluminous amounts of flags, stickers and signage, and the Turkish presence is very obvious. This includes charitable activity. In winter, they distribute heaters, warm clothing and food stamps. Last Ramadan, they handed out $100 to all businesses in the Old City. They are involved in the educational system, they renovate buildings and they organize heavily subsidized and even free trips [from Turkey to Al-Aqsa Mosque]. As someone on the ground here, I am constantly surprised by the scope of this activity."

Hay Eytan Cohen Yanarocak, a Turkish-born expert on modern Turkey at Tel Aviv University, is convinced that what Turkey is doing is no innocent charitable activity. “We are talking about a neo-Ottoman policy that Erdogan has been promoting over the past few years. Its goal is to bolster Turkish control in Jerusalem,” he told Al-Monitor. “As far as he is concerned, the fact that the Ottomans once ruled here means that he is no stranger to Jerusalem. He is also challenging Israeli sovereignty in the city. Turkish activity in Jerusalem is his way of engaging in the soft conquest of al-Quds [Jerusalem].”

Pinhas Inbari, senior analyst at the Jerusalem Center for Public Affairs, authored a study on the topic of Turkish activity in Jerusalem (July 2018). He claims that in the heat of their desire to rehabilitate the Ottoman legacy in Jerusalem, the Turks have renovated Mamluk buildings, which they then pass off as Ottoman. “Apart from the city walls, built by Sultan Suleiman the Magnificent, there aren’t many Ottoman sites in Jerusalem. In contrast, the Mamluks invested quite a bit on construction in Jerusalem, and that’s good enough for Erdogan,” he told Al-Monitor. “It demonstrates his desire to flood Jerusalem with ties to the Ottoman Empire.”

Israeli experts estimate that another person particularly concerned about the situation is King Abdullah of Jordan, who has a special status in Jerusalem as “Protector of the Holy Sites.” The Foreign Ministry’s statement refers to these Jordanian concerns. “In accordance with the peace treaty with Jordan, the Jordanians have a special status at the Islamic holy sites in Jerusalem. As such, we will not allow Erdogan to interfere with this special status, as they are doing now,” reads the statement.

“There can be no doubt that Erdogan is trying to push the Jordanians off the Temple Mount,” Cohen Yanarocak noted. “Yet ever since 2015, we have witnessed the growing presence of Turkey’s Directorate of Religious Affairs in the Temple Mount compound. They come with lots of money, and their efforts are already bearing fruit. Erdogan’s popularity among the Palestinians is skyrocketing, and the main person to suffer for that is Jordan’s King Abdullah. He cannot compete with the funds that the Turks are pouring in, while his rhetoric on behalf of the Palestinians pales in comparison to Erdogan’s stinging attacks.”

What is the objective of all this activity? Cohen Yanarocak said, “Erdogan’s ultimate goal is Erdogan himself. He wants to become 'Sultan of all Muslims.' Unlike Iran, for example, which has no access to Jerusalem, Turkey does have access to the city. Israel allows him to operate on the ground and emblazon Jerusalem prominently on his personal banner. This positions him as the greatest Muslim leader in the world.”

“Erdogan’s vision is the resurrection of Ottoman rule,” Inbari noted. “He wants to return to rule over all those lands that were once controlled by the Ottoman Empire. We are witnessing Turkish activity of this kind not only in the Middle East but in the Balkans and Caucasus too. This all blends well with an internal Islamic objective. As someone who regards himself as the head of the Muslim Brotherhood, Erdogan needs a holy city. Istanbul is a very important city historically, but it is not holy. Jerusalem is the ultimate site for him, while the Israeli government gives him a free hand to do what he wants in the city.”

Tzemach said that he has been warning policymakers about the situation repeatedly for the last few years, but the Israeli government is dragging its feet. “We are flooding them incessantly with information. We are constantly warning them that Turkey is tugging at the rope in Jerusalem, and in so doing, interfering with Israeli sovereignty in the city. But I have yet to see any changes on the ground,” he said. “The recent statement by Minister Katz was good, but we are still waiting to see if any practical steps are taken.”

“Israel can change its laws. It can do all sorts of bureaucratic maneuvering to limit the activities of foreign nongovernmental organizations,” Cohen Yanarocak added, “but tensions between Israel and Turkey prevent Israel from doing this, so as not to create another crisis. For years, Israel has told itself that as long as this activity is limited to humanitarian issues, it should be okay. As things stand now, however, Yisrael Katz realizes that Turkish activity has turned into a significant threat.”

Inbari has an apocalyptic vision of what could result from Erdogan’s future plans for Jerusalem. “When the time comes, he plans to ignite the city. After preparing the people of East Jerusalem and, in fact, the entire Muslim world, his supporters will set up tents in the city and foment a huge crisis for Israel. This crisis will give rise to the Turkish Saladin, in the person of Recep Tayyip Erdogan. By coordinating these provocative actions, he will emerge as the 'Defender of Islam' in the 21st century."

Jerusalem is a powder keg. Any move by Israel in the city could ignite the entire region. As it seems now, Israel is in no hurry to create another crisis with Ankara, despite all the declarations of Katz. What seems more likely is that the release of the plan now is an attempt to signal to Turkey to rein in its activities, in the hope that such a verbal threat would be enough. So far, the only people to pay a price for this are the Jordanians, whose status in Jerusalem is weaker than ever. And the damage they have incurred may be irreversible.