Why Israel’s Gantz should propose a minority government

Blue and White leader Benny Gantz should remember that over the years, Israel's narrowly led governments generated much larger moves than unity governments did. 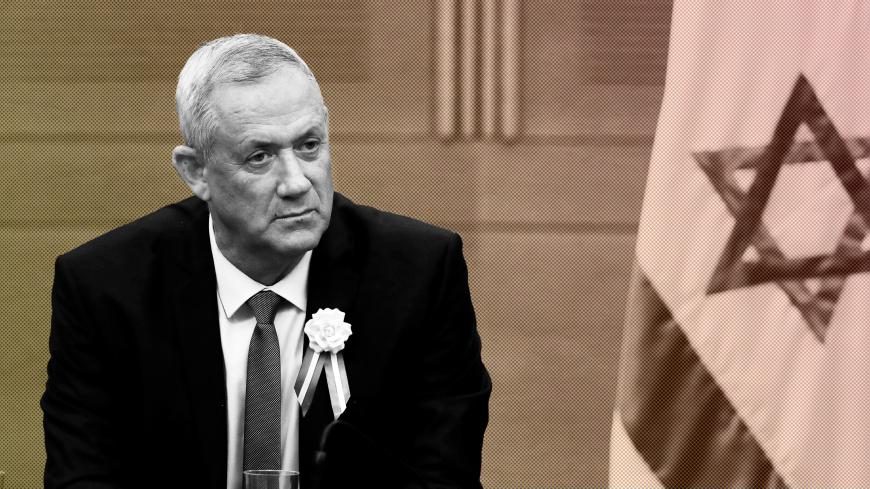 Benny Gantz, the leader of Blue and White party, looks on during his party faction meeting at the Knesset, Jerusalem, Oct. 3, 2019. - REUTERS/Ronen Zvulun

The claim that only a big government can make big decisions crashes repeatedly on the rocks of Israel’s reality. Narrowly based governments (with at least a 61-seat majority in the 120-member Knesset) and even minority governments (governments with 60 seats or less) were the ones that made Israel’s truly major moves over the years, whereas broad-based governments blocked important measures when each one of the two leading parties vied for prestige.

I am convinced that had the 1987 London Agreement between Israeli Foreign Minister Shimon Peres and Jordan’s King Hussein been proposed to a narrowly based government — led by either the left or the right — it would not have rushed to ditch an option to examine whether agreement was possible on Israel’s eastern border with a responsible Palestinian-Jordanian entity. The fact that Likud leader Yitzhak Shamir was prime minister and Peres was foreign minister under a power-sharing unity government led the Likud members of the security cabinet to vote against the agreement. One of them confirmed to Al-Monitor that the Likud would not have conceived of joining a Peres-led peace initiative.

On the other hand, I find it hard to believe that a national unity government led by Shamir would have agreed to take part in the 1991 Madrid peace conference. Presumably, the Labor ministers would have backed the move, the Likud ministers would have objected and Israel would have rejected the invitation to the international event. The very fact that Shamir headed a narrow right-wing government meant that he did not have broad backing for rejecting Israeli participation in an international gathering with which he was so unhappy.

There is no basis for the claim that only a national unity government, as the case in 1985, could have adopted the economic plan that saved Israel from 450% annual inflation. Perhaps a narrow Likud government, which adopted irresponsible economic policies, was indeed unwilling to go it alone, but a narrow Labor-led government would have undoubtedly gone ahead with it. Anyone who bothers to read the 100-day plan prepared for Peres ahead of the 1984 elections would understand that such a landmark move was not conditioned on Israel having a unity government, which is a surefire recipe for political paralysis.

In a few days, Benny Gantz will probably be given 28 days to try to form a government. The 28 days allotted for Prime Minister Benjamin Netanyahu to form a new government end Oct. 23. While this article is being penned, the “magician” Netanyahu had failed in that task, much like he failed after the April elections.

In fact, since the inconclusive September elections, Netanyahu has undergone an ideological conversion and turned into a fan of a unity government, joining Blue and White that has made this a flagship issue since its inception. As a reminder, Yisrael Beitenu leader Avigdor Liberman’s decision after the April elections to withhold support for a narrowly based government of the Likud and ultra-Orthodox parties, and his call for a national unity government (initially to be comprised of his Yisrael Beitenu party and the two major parties that would agree on guidelines, and subsequently open to the participation of other parties willing to accept the guidelines) led to the dissolution of the 21st Knesset and early elections. In addition, following the Sept. 17 vote, Liberman no longer is bound by his commitment, made prior to April, to only join a Netanyahu-led government.

Gantz will likely suggest the Likud join him in a national unity government, with negotiations between the parties to be conducted according to the Liberman blueprint — only between the two biggest parties. Likud will have a hard time giving up its partnership with the ultra-Orthodox parties for fear that by doing so, they will feel free of any commitment toward Netanyahu and would consider joining forces with Blue and White instead. Against this backdrop — especially given Gantz’s demand to serve as prime minister in the first half of the government’s term rather than waiting for Netanyahu to serve as prime minister in the first two years and then replacing him — forming a national unity government will be very hard, and that is a good thing.

Israeli law stipulates that if neither of the two candidates tasked by the president succeeds in forming a government, the president can transfer the mandate to the Knesset, which could propose a candidate of its own. Nevertheless, there is no need to wait for that third 21-day stage of the process. Gantz need not surrender and need not give his mandate back for failing to establish a majority coalition. Instead, Blue and White’s leader must make a supreme effort to form a government and establish facts on the ground, even if he manages to assemble only a minority coalition. Even in such a situation, he is allowed to present his government for a confidence vote. Gantz must aspire to get the Knesset’s backing. A vote of confidence for his government by the 22nd Knesset would indeed be a historic moment that would open up options for other parties to join his ruling coalition.

The most feasible coalition option right now would include the centrist Blue and White, the center-left Labor party and the leftist Democratic Camp, giving it 44 seats in the 120-member Knesset. The 13 members of the Arab Joint List could join them if its disparate members could reach agreement on supporting such a government (even if for some of them this would be a one-time only vote of confidence). If the eight Yisrael Beitenu Knesset members stay away from the confidence vote and abstain rather than vote against it, a Gantz-led government would be established. Once it is formed, Yisrael Beitenu could join it, or at least support it in Knesset voting because such a government would also be able to lead some of the reform Liberman seeks. These include, for example, passing legislation recognizing common-law marriages or amending the military service law  to allow men and not only women to be exempted from military service on the basis of conscientious objection or a religious life style, and if their claims are proven credible.. Yisrael Beitenu would also not object to a far-reaching move deploying significant police forces in Arab towns and villages.

Such a minority government would even have to adopt a diplomatic move vis-a-vis Palestinian President Mahmoud Abbas and seriously examine the possibility of negotiating an agreement with the Palestinians. The last time such as attempt was made (the 2013-14 negotiations mediated by Secretary of State John Kerry), Liberman served as foreign minister. In December 2013, he declared that he does not believe in prospects of peace with the Palestinians, but would not take part in the talks and not disrupt them. This could certainly be his policy this time, too.

In recent days, Likud members are openly expressing fears of an “Oslo government.” They are concerned about a coalition that would lead to a division of the land. Gantz talks about the necessity of ensuring Israel’s continued existence as a Jewish and democratic state. There is no other way to achieve it other than by dividing the land and giving the Palestinians a land of their own. If he truly wants to be the man responsible for saving Israel from deterioration into a non-democratic or non-Jewish state, Gantz must try to form a government without the Likud.