Why Israeli liberals should consider partnering with Netanyahu

Ahead of the September elections, Israel's Blue and White Party should seriously consider forming a national unity government under a rotation agreement with Prime Minister Benjamin Netanyahu. 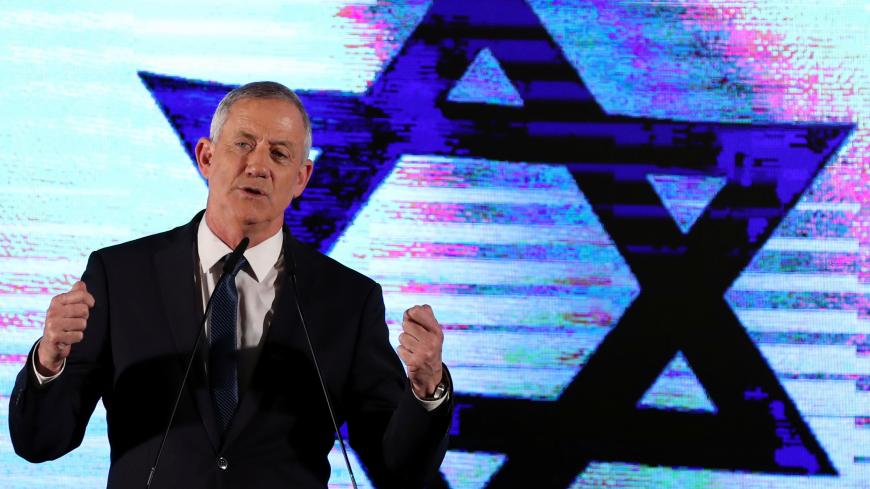 Israeli politics has become a la-la land. First came the clashing victory declarations by Blue and White Party chair Benny Gantz and Prime Minister Benjamin Netanyahu immediately after the polls closed on April 9. It was followed by a reasonable assessment that the political right would be able to form a coalition government with the ultra-Orthodox parties and the far-right Israel Power Party. Then Netanyahu’s on-again, off-again ally Avigdor Liberman flipped from total loyalty to Netanyahu and joined the “anyone but Netanyahu” camp. Without Liberman and given Netanyahu’s refusal to allow anyone else from his party to form a government, Netanyahu engineered the disbanding of the just-sworn-in Knesset and set new elections for Sept. 17.

On June 25, with polls that Netanyahu commissioned showing that the elections for the 22nd Knesset could cost him his job at the worst possible time, Knesset speaker Yuli Edelstein came up with an idea straight out of a Federico Fellini script: revoke the law dissolving the Knesset and form a national unity government led by Netanyahu and Gantz.

As of June 30, this option does not appear feasible. Elections have never been held in Israel so soon after a new Knesset was inaugurated, and no one has ever tried to rescind a law disbanding the Knesset after it was adopted lawfully in three readings. Israeli law does not explicitly cover such circumstances and experts are divided on the move's legality and on the number of votes that would be required for it to pass. According to Edelstein, since 74 of 120 Knesset members approved the dissolution bill on May 29, a larger number would be required to rescind it. Legal advisers argue that the move would not withstand Supreme Court scrutiny because the dissolution and scheduling of new elections have already set in motion a series of irreversible procedures. It appears there is no way to stuff the genie back into the bottle.

Even if elections go ahead on Sept. 17, there is a very real possibility that the right will be unable to form a government without Liberman’s support. The centrist Blue and White could also fail, even if the center-left's showing improves following the comeback of former Prime Minister Ehud Barak at the head of a new party, because it would not offer full partnership to Arab lawmakers and rule out partnership with Netanyahu. How would such a dead end be resolved? No one knows and everyone prefers to cross that bridge when they get there. That means the issue of a national unity government will soon come knocking.

Israel’s liberal camp has no right to reject such an option out of hand. Unseating Netanyahu even before he is indicted for corruption would be a major victory, but is not the be-all and end-all. The Gantz and Barak parties cannot mobilize the electorate — which aspires to peace, social justice and getting rid of Netanyahu — and they are counting on Liberman.

I attach no importance to the hostility toward Netanyahu from senior Likud officials, including some of his ministers who constantly gripe about him behind his back. Therefore, as long as the Likud is unwilling to replace him, and as long as the liberal camp is unable to form a liberal government, leveraging Netanyahu’s greatest weakness is an option that must be examined. He has proven less interested in ideological issues than in his political and personal survival, and there is no shame in taking advantage of this fact to realize truly important public goals.

In 1984, Likud leader Yitzhak Shamir and Labor’s Shimon Peres signed an agreement dividing the prime minister’s term into two equal 25-month periods, and adhered to it. The two sides agreed on ideological issues that included halting settlement construction prior to inking their deal.

The opposition must now extract from the Likud a commitment to launch immediate negotiations with the Palestinian leadership based on Netanyahu's stated willingness to adopt a two-state solution and on territorial exchanges in reference to the 1967 borders.

The second demand should be rejection of any legislation curbing the power of the country’s top court and a mutual veto of any amendment or legislation that seeks to amend or create new basic laws. There would be no point to a national unity government absent agreement on these two things — not with Netanyahu nor with any other Likud leader.

If the only way to form a rotation government is to do so with Netanyahu at the helm of the Likud, I think his demand to serve as prime minister for the first two years of the 22nd Knesset can be accepted. Apropos Peres and Shamir: Shamir lucked out by serving as premier for the second 25 months of the term — as Gantz would serve — and beat Peres in the 1988 elections, in which he ran as the incumbent. In the present-day arrangement, Gantz and Netanyahu would each serve as acting prime minister for the other as needed and the other’s minister of defense or foreign affairs.

This compromise, however, would still not address all the problems. The liberal camp cannot aid and abet a prime minister under indictment. Any deal with Netanyahu must stipulate that if and when he is indicted after a hearing, he would suspend himself from office. This situation would entail a declaration of temporary incapacity, which can last up to 100 days, and replacement by an acting prime minister. The law stipulates that if legal proceedings are still ongoing at the 100-day mark, the government is automatically dismantled and the Knesset must vote its confidence in a different prime minister. Therefore, any coalition agreement would have to determine whether Gantz could step in as prime minister if Netanyahu’s suspension ends a short time (say less than a year) before the scheduled rotation date. If a longer period remains until the rotation, the Likud would choose a replacement for Netanyahu to serve the remainder of his 25-month period.

Either way, no responsible party can discount a national unity government split evenly between the two sides out of hand. It's a rare opportunity to check Israel’s priorities. If having a sitting prime minister on trial can be avoided, it would also be an important contribution to upholding democratic norms in the spirit of the law and not just in accordance with its dry letter.