Despite Iraqi Prime Minister Adel Abdul Mahdi's attempts to calm protesters in Iraq, thousands of people continue to gather in Baghdad and other southern cities to protest the Iraqi government. 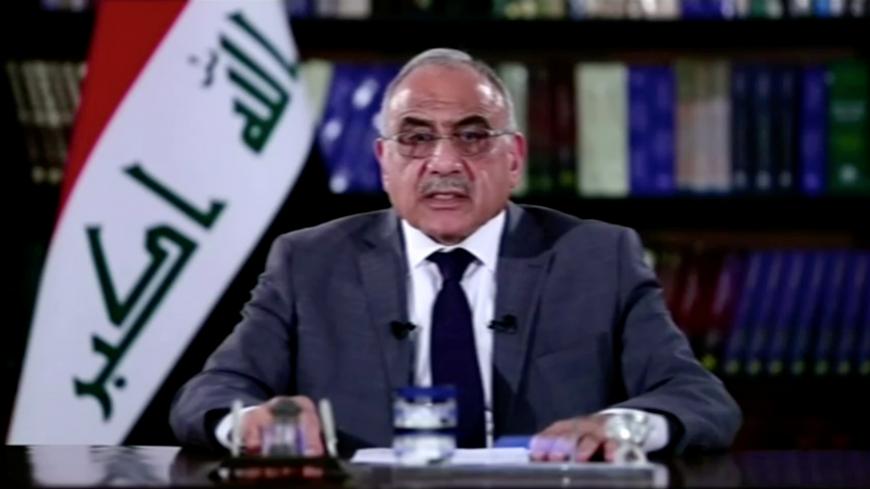 Today's protests are seeing a larger turnout than the previous wave of demonstrations that started in early October and ended with about 150 dead and more than 6,000 wounded.

Protesters and security forces alike were more organized compared to the previous demonstrations. However, angry protesters faced heavy tear gas around the Green Zone in Baghdad when they tried to enter it. Security forces also used sound bombs and hot water at the Green Zone’s gates to disperse the protesters. So far at this time, one protester has been killed and 224 wounded — including 68 members of the security forces — according to the Human Rights Independent Commission.

Prior to the protests, Iraqi Prime Minister Adel Abdul Mahdi addressed the public with a number of reform plans, including amending the cabinet and providing poor citizens with increased welfare, asking the protesters to give his government a chance to fix the issue. But this just added more fuel to the fire as protesters see his plans as nothing more than a tactic to stop the protests.

Muqtada al-Sadr also tried to dominate the protests, announcing that his followers would participate in the protests in order to protect the demonstrators. But protests organizers rejected his offer and accused him of being part of the corruption network within the country.

Sadr has been playing this game for a while. He joins the protests every year, but he has simultaneously shared power with other parties in all governments formed after 2003. It seems this time he has lost protesters' confidence, as the presence of his followers in the protests was unnoticeable.

In another attempt to calm the streets, Abdul Mahdi addressed the protesters on Friday, offering them a package of reforms and warning them about the radical voices calling for overthrowing the whole political process in the country.

In an unprecedented reform attempt, he acknowledged that the political process in the country suffers from critical issues. He promised to make a radical change in his cabinet by forming a nonsectarian cabinet consisting of experts who are not affiliated with any political parties.

He also acknowledged that the electoral law and the  Independent High Electoral Commission must be changed in order to prepare the ground for impartial elections in the future; he promised to work on this in the short term.

Abdul Mahdi acknowledged that some militias in the country are refusing to be under control of the state, and he promised to go ahead with his decree issued last July to regulate the Popular Mobilization Units (PMU) by fully merging them into the state forces.

The prime minister admitted that the investigation committee he formed to investigate violence in the previous protests was not successful.

The committee made public its report two days ago, putting all the blame on the Iraqi army and recommending the dismissal of some of the officers. It did not mention anything about the snipers' identities and tried not to blame PMU factions or any other party close to Iran.

The majority of deaths and injuries in the previous protests were because of snipers targeting protesters from the tops of public buildings. Reuters had quoted Iraqi security officials saying that PMU factions close to Iran had organized the snipers and helped them to suppress the protests.

Sheikh Abdul Mahdi al-Karbalai, representative of the Grand Shiite religious authority Ayatollah Ali Sistani, also spoke on Friday about the failure of the investigation committee to bring to justice the forces targeting the protesters. While leading Friday prayers, Karbalai asked Abdul Mahdi to quickly make fundamental changes in the cabinet, to form an independent and efficient government that is able to provide services and build the country.

Karbalai also acknowledged the presence of outlaw militias in the country that Abdul Mahdi must stop. He spoke about foreign interference in Iraqi matters, urging the prime minister to put an end to it.

One of the main demands of the protesters is limiting Iran’s influence in Iraq. Many have been chanting against Iran's influence, shouting “Iran out. Iraq remains free.”

All of the aforementioned attempts have been unsuccessful thus far in calming the protesters, with thousands of angry young Iraqis gathering in the public squares and streets and trying every few hours to break into the Green Zone.

In such circumstances, it is very unlikely that promises can calm the streets and send protesters home. Unless Abdul Mahdi makes critical reforms in a short period of time, the protests in Iraq will continue — in turn raising radical demands such as overthrowing the whole political process, which will lead the country straight to a dead end.