Despite bipartisan rebuke, some see great benefits in fixing ties with Turkey. 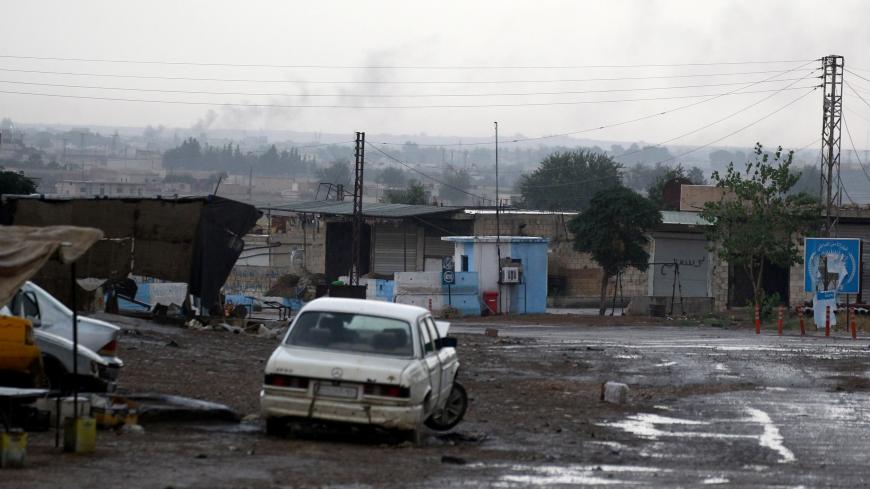 As Turkish troops fought Kurdish militants over the past week, a parallel but bloodless battle played out among Iran hawks in Washington over the wisdom of the US pullout from northeast Syria.

Bipartisan condemnation of President Donald Trump's perceived green light to Ankara for its assault against former Kurdish US allies has been swift and bipartisan. Administration officials, however, reject accusations that the move benefits Tehran, and a handful of experts argue it does just the opposite.

For Trump’s legion of detractors, the haphazard US withdrawal has exposed the United States as a feckless ally while pushing its former Kurdish allies into the arms of Syrian President Bashar al-Assad's regime and its Iranian and Russian backers.

The erosion of US alliances are detrimental not just to the United States, but to Israel as well, argues Michael Makovsky, the president and CEO of the Jewish Institute for National Security of America.

“The Kurds, who served as an obstacle to Iranian expansion, have naturally allied now with Assad to help protect them, which serves Iran’s interests and undermines Israel’s,” Makovsky told the Jewish News Syndicate this week. “Israel now faces more pressure and threats from Iran.”

But some hawks argue that the US alliance with a militant Kurdish faction that Turkey views as terrorists was doomed from the start. Ankara considers the US-backed People’s Protection Units (YPG) to be an affiliate of the outlawed Kurdistan Workers Party (PKK), which Turkey has been battling for four decades.

“The PKK is locked between the Turks, hostile Kurds in Iraq, and wary Arabs,” Tony Badran, a research fellow at the Foundation for Defense of Democracies, tweeted Oct. 13. “So the turn to Iran (and Iranian Iraqi assets) and Russia is preset.”

That view is at sharp odds with the main line at the foundation, whose chief executive Mark Dubowitz has been one of the most vocal hawks lambasting Trump’s decision, calling it a “complete debacle.” Dubowitz in particular has had harsh words for Turkey, denouncing it as an Iranian-style theocracy in the making.

For Michael Doran of the conservative Hudson Institute, that’s the wrong conclusion to draw. Instead, he argues, Trump’s pullout offers a welcome chance to reset relations with a NATO ally that was one of Assad’s earliest foes.

"We borrowed a Russian and Iranian proxy, and it was strategically stupid," Doran added. "Everyone knows we’re leaving sooner or later. Turkey is going to be there forever, and the Turks know this as well. So we have to work through them, largely on their terms.”

That unconventional Washington view has made Doran a sought-after Turkish media darling, celebrated in the pro-government Daily Sabah, interviewed on the state-owned TRT channel and invited to speak by the Turkish SETA Foundation think tank in Washington.

But plenty of observers have serious doubts that Turkey would prove to be a better partner in containing Iran than the Syrian Kurds. Just this week, federal prosecutors in New York indicted Turkey's second-largest state-owned bank for allegedly trying to circumvent US sanctions on Iran.

“I don’t think Turkey has been an ally on Iran,” Brodsky said. “There’s also the broader Turkey-Russia rapprochement that we’ve been seeing in recent months,” notably with the purchase of the S-400 missile defense system.

In an unprecedented rebuke of the president, two-thirds of House Republicans voted with Democrats on Wednesday to pass a resolution that explicitly made the point that US foes stood to gain from the pullout.

“An abrupt withdrawal of United States military personnel from certain parts of Northeast Syria is beneficial to adversaries of the United States government, including Syria, Iran, and Russia,” the resolution affirms.

That view is widely shared in the Senate, where lawmakers of both parties tore into the administration’s point man on Iran this week as he insisted that the “maximum pressure” campaign against Tehran remains unaffected by the developments in Syria.

“The biggest winner of this decision by the president, if he follows through with it, to abandon Syria is going to be Iran” and the Islamic State, Sen. Lindsey Graham. R-S.C., told Brian Hook at a contentious Senate Foreign Relations Committee hearing Wednesday.

Hook pushed back, insisting that “the president’s decision with respect to Syria is not going to change our Iran strategy or the efficacy of it.” The US military presence in Syria, he pointed out, is aimed at fighting the Islamic State (IS, also known as ISIS), not Iran, while US sanctions policy remains in full effect.

Nevertheless, the US troop presence has long been seen as a crucial deterrent against Iranian expansion in Syria. In its final report released shortly before Trump’s announcement, the bipartisan Syria Study Group concluded that “none of those consulted by the Group believe that withdrawing US forces would make ISIS less likely to regroup, Iran less likely to entrench itself, or a negotiated settlement more likely.”

Indeed, some experts argue that a sanctions policy is largely toothless by itself.

“Withdrawal from Syria is at odds with the maximum pressure strategy on Iran,” Brodsky said. “Sanctions are only one part of the policy — there’s also military aspects and presence in the region. Withdrawing from the region undermines our leverage to affect or check Iranian misbehavior.”

Meanwhile, Iran has gleefully stepped into the fray. In a Monday op-ed for the Mehr News Agency denouncing the United States for “turning its back on its Kurd allies,” the secretary of Iran's Supreme National Security Council, Rear Adm. Ali Shamkhani, dismissed the United States as little more than a paper tiger.

“The US governing body has realized that today, for any reason, it has no superpower requirements and returning to the peak era is impossible and out of reach,” Shamkhani wrote. “Its inability to execute strategic projects such as ‘partitioning the Middle East,’ ‘deal of the century,’ ‘regime change in Iran,’ ‘instating Saudi Arabia as the regional police,’ ‘Yemen war,’ ‘Afghan peace,’ and ‘Syrian crisis’ and etc. has been proved to all.”