Hamas breaks silence on its leader detained by Saudi Arabia

Saudi Arabia arrested Hamas leader Mohammed al-Khodari, his son and a number of Palestinians, ushering in increased tension in relations between the two sides. 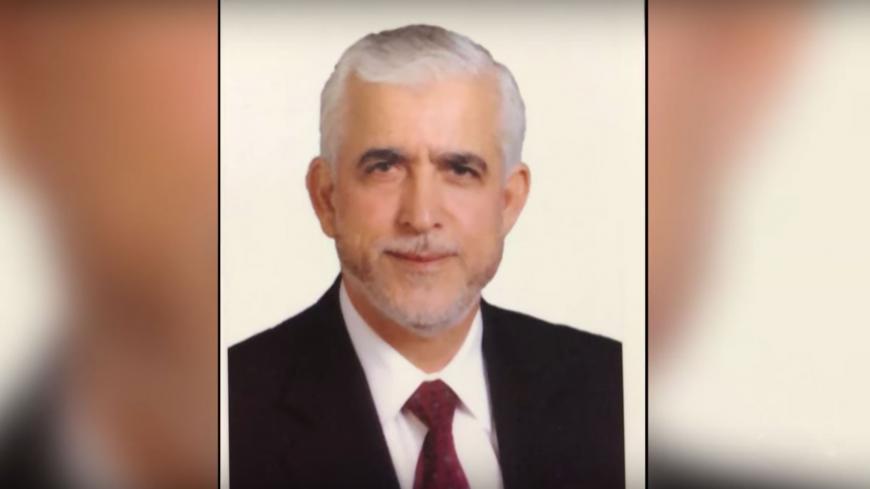 GAZA CITY, Gaza Strip — Hamas announced Sept. 9 that Saudi Arabia has been unjustly detaining since April 4 one of its most prominent leaders, the Saudi-Hamas liaison officer Mohammed al-Khodari. This comes as part of a campaign of arrests, including several Palestinians residing in Riyadh. Hamas’ announcement after five months of silence exposed the heightened tensions between Riyadh and Hamas.

Hamas said in a statement on its official website that Khodari, 81, had been in charge of managing relations with Saudi Arabia for two decades and has occupied senior leadership positions in the movement. It noted that his arrest is strange and reprehensible, and demanded his release and the release of all Palestinian detainees held by Saudi Arabia.

On Sept. 7, the Geneva-based Euro-Mediterranean Human Rights Monitor said in a statement that it could not give an exact figure for the number of Palestinian detainees, but had obtained the names of about 60 detainees. “Estimates within the Palestinian community in Saudi Arabia say that the number far exceeds this,” the statement added.

“In fact, those people were isolated from the outside world without any specific indictments against them. They were not brought before the public prosecution, nor allowed to communicate with their relatives, or communicate with their lawyers,” it noted. It also quoted Selin Yasar, Euro-Med’s communication and media officer, as saying, “The campaign in Saudi Arabia of arresting Palestinians is but one in a long series of human rights violations in the country.”

On June 3, Lebanese newspaper Al-Akhbar wrote that the Saudi authorities are waging a campaign of arrests, deportations and security threats against Saudis and Palestinians residing in the kingdom on charges of being “associated with Hamas.”

According to the newspaper, the campaign of arrests coincided with the closure of and tight control over bank accounts, and the prohibition of transfer of any money from the kingdom to the Gaza Strip.

The arrest of Khodari and many other Palestinians in Saudi Arabia reveals the tension between Riyadh and Hamas, which has been seeking to establish good relations with Saudi Arabia, which in turn allowed Khodari to carry out fundraising activities for the Palestinian people.

But the tension between the two sides is by no means fortuitous; it goes back years. On June 6, 2017, Saudi Foreign Minister Adel al-Jubeir warned Qatar to stop supporting Hamas.

Jubeir’s statements were publicly slammed by the movement in a statement the following day that described them as "shocking" and offensive to Saudi Arabia and to the Palestinian cause.

Hamas spokesman Hazem Qassem told Al-Monitor that announcing the arrest of Khodari and his companions was long overdue. “Hamas sought to give politicians, diplomats and mediators a chance to resolve the issue and release the detainees before going public with this.”

He pointed out that Hamas communicated with several parties he did not specifically name, urging them to intervene for the release of the detainees. “All this was in vain,” he added.

Qassem said no authority has ever stated the reasons for Khodari’s arrest. “He has been managing the relationship between Hamas and Saudi Arabia for two decades and did not commit any crime. There can be no justification for the arrest of a senior Palestinian militant and an elderly man with chronic diseases.” He, however, affirmed Hamas’ desire to build good relations with all elements in the region.

Mustafa al-Sawaf, a political analyst and former editor-in-chief of the local Felesteen newspaper, told Al-Monitor, “Hamas has been under great pressure by the [local] media to disclose details about Saudi Arabia's unjust campaign of arrests of Palestinians.”

Sawaf argued that Hamas' recent announcement of Khodari’s arrest is a message to Saudi Arabia that his arrest is illogical because he is a diplomatic man working in the social field. “All Saudi leaders are aware of this. He has never committed any crime that requires his arrest,” he noted. “Khodari’s arrest aims to dry up the financial proceeds for Hamas from Saudi Arabia, since he was raising funds for the movement and the Palestinian people, and was managing ties between Hamas and Saudi Arabia.”

He added, “Khodari's arrest reveals Saudi Arabia’s unilateral decision of severing ties with Hamas, which does not want this breakup but rather seeks to establish good relations with all countries, including Saudi Arabia.”

Hamas' relationship with Saudi Arabia has been strained over the past year by a Saudi media assault and Jubeir’s accusation of terrorism against the movement.

Addressing the European Parliament's Foreign Affairs Committee in Brussels on Feb. 22, 2018, Jubeir labeled Hamas as an “extremist” group calling for a halt of the financial support to similar extremist movements. Jubeir had earlier described Hamas as a terrorist group.

Ibrahim al-Madhoun, a political analyst close to Hamas, told Al-Monitor, “Hamas' disclosure of the arrest of Khodari, his son and other Palestinians is an attempt to get them released and not to set off a crisis with Saudi Arabia. Hamas is not interested in straining relations with Saudi Arabia and is seeking to resolve the crisis by all possible means.”

He added, “Hamas has made many attempts and diplomatic contacts to prevent their continued detention, but without any positive responses.”

Madhoun stressed Hamas’ desire to have positive relations with all Arab countries and Saudi Arabia, but the latter is acting as if bilateral ties have been severed, despite Hamas' attempts at rapprochement.

“It is difficult for any country to have any influential regional role in the Palestinian cause while bypassing Hamas,” he said.