Lebanon’s Al-Akhbar reported that the Saudi authorities have been arresting Saudi nationals and Palestinian expats who support Hamas, over the movement’s declared position in support of Iran. 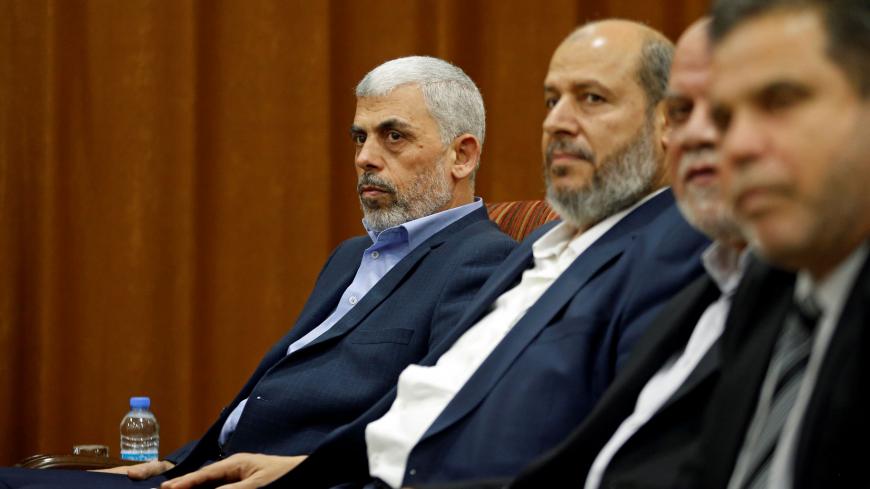 GAZA CITY, Gaza Strip — Lebanon’s daily Al-Akhbar reported June 3 that the Saudi authorities have been conducting an arrest campaign for two months now against Saudi nationals and Palestinian expats over charges of being affiliated with the Hamas movement.

It appears that Iran’s recent logistic and financial support to the Palestinian factions in the Gaza Strip, through funds to families of Palestinians killed in resistance activities, have angered the Saudis.

According to the newspaper, which is seen as close to the Lebanese Hezbollah, the arrest campaign is taking place in tandem with the closure and tight control of bank accounts, and a ban on remittances from Saudi Arabia to the Gaza Strip.

Hamas remained silent on the arrests to avoid escalation and cause further backlash to the detainees.

Al-Akhbar mentioned that Muhammad al-Khudari, who was a Hamas representative between the mid-1990s and 2003 in Saudi Arabia, is among those detained. “Khudari is being kept in detention under difficult conditions,” the newspaper reported.

This is in addition to Jordanian journalist of Palestinian descent Abdul Rahman Farhana, who has been prevented from taking his diabetes medication since his arrest two months ago.

Hamas leaders in the Gaza Strip refrained from commenting or making statements to Al-Monitor.

Yahya al-Sinwar, Hamas leader in Gaza, was very clear in relaying the movement’s position vis-a-vis the Gulf states and Iran. In his speech during the celebration of Jerusalem Day June 1, Sinwar said, “The Arab nations gave up on us, while Iran supplied us with rockets to bomb Israel.”

This clearly reflects Hamas’ strong rejection of the role of some Arab countries, particularly the Gulf states, in the support of the implementation of the US "deal of the century" at the political and economic levels.

Sinwar said whoever undermines Jerusalem is an enemy and “those who stand with the liberation of the holy city are our friends and allies.”

“Iran provided us with rockets and we surprised the world when our resistance targeted Beersheba,” Sinwar said in reference to the weekend of violence at the beginning of May, when Hamas and Islamic Jihad fired rockets at Israel.

Sinwar noted that in 2012 and 2014, the Palestinian resistance hit Tel Aviv with the Iranian-made Fajr-5 missiles.

Sinwar also addressed the leaders who gathered May 30 for the emergency Arab summit in Mecca, to discuss tensions with Iran after the Houthi attack on oil tankers off the coast of the United Arab Emirates and on oil pumping stations in Saudi Arabia. Iran denies its responsibility for the assault.

“If you want to remain worthy of your thrones and national pride, then take pride in choosing to protect Jerusalem. Either your names will go down in history as heroes or will be cursed by nations,” Sinwar said.

In a Hamas statement June 20, Sinwar also rejected the Bahrain economic workshop scheduled for June 25, while the movement called for marches to denounce the US Middle East plan.

Hamas’ relations with Saudi Arabia have been strained over the past year, which began when former Saudi Foreign Minister Adel al-Jubeir made statements to the Committee on Foreign Affairs of the European Parliament in Brussels on Feb. 22, 2018, saying that “Hamas is an extremist movement” and calling for halting funds to extremist movements.

In reference to Iran, he said, “Hamas is well aware of the intricacies of the situation in the region and is running its relations with [other] countries accurately. It has the right to thank the states that supported the resistance and the people.”

Commenting on Sinwar’s speech, Hasan Abu Haniya, a Jordan-based expert on Islamic movements, told Al-Monitor via phone, “His speech reflected the developments in the Arab world as a result of US President Donald Trump’s policies in the region, and the new status quo to be imposed with the deal of the century. This deal is designed to kill what is left of the Palestinian cause.”

He noted, “It seems that the Gulf states, the United States and Israel are working in harmony. Following the Arab Spring changes and the new American administration led by Trump, the Gulf states no longer regard Israel as the enemy. For them, Iran is now the enemy, along with its allies, whether countries or organizations such as Hamas. The Gulf is now pushing to halt all funding to these organizations.”

Ibrahim al-Madhoun, a political analyst close to Hamas, told Al-Monitor, “Sinwar made sure to be decisive in his speech in order to stress the fact that Hamas will not give up the resistance, although the movement feels that it has been abandoned by Arab countries, in light of the growing normalized relations with Israel.”

Madhoun explained that the speech was meant to clarify Hamas’ stance on the position of some Arab countries that seem to be engaged in implementing the deal of the century, especially given the tighter blockade and growing financial restrictions on the Gaza Strip.

“Hamas is not interested in escalation against some of the Gulf states, especially Saudi Arabia, which is taking a very negative stance on Hamas, describing it as a terrorist movement because it has not been siding with the Riyadh-led alliances in the region, especially against Iran. Hamas shares with Iran the same hostility toward Israel but it does not want to be engaged in Iran’s regional wars, whether in Yemen, Syria or the Gulf,” he said.

“Hamas is trying to maintain a smooth relationship and understanding — albeit minimal — with Saudi Arabia, despite the fact that the latter has changed its stance on the Islamic movement,” Madhoun concluded, hoping that this crisis would be over soon with the release of Hamas supporters in the kingdom and the return of Saudi support to Hamas.