Yemen’s Iran-aligned Houthi group is suggesting the release of Saudi captives in exchange for the release of Palestinians detained in Saudi jails, an unprecedented proposal that was widely welcomed by the Palestinian Hamas movement. 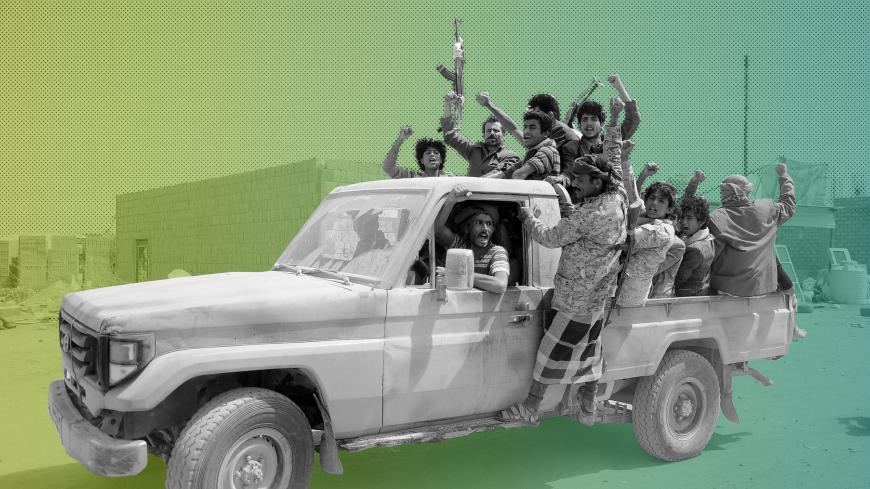 In a televised speech March 26 on the television channel Al-Masirah, marking the fifth anniversary of the outbreak of the Yemeni war, Houthi said his group is ready to release five Saudi captives, including a pilot, if Saudi Arabia frees Hamas members detained since April 2019.

“We declare our complete readiness to free a Saudi pilot and four government officers and soldiers in exchange for the release of unjustly detained Hamas members in the kingdom,” he said

Hamas’ repeated calls demanding the Saudi government release its detainees from the kingdom’s prisons fell on deaf ears. Hamas’ politburo chief, Ismail Haniyeh, addressed King Salman bin Abdul-Aziz Al Saud in an urgent note March 22 and asked him to take a decision to release the Palestinian detainees to avoid becoming infected with the novel coronavirus that has become a pandemic.

Hamas welcomed the Houthi initiative in a statement March 26, saying, “We highly appreciate the sympathy and brotherly spirit with Palestinians and the support for their resilience and resistance.”

Senior Hamas leader Mahmoud al-Zahar told the television channel Al-Mayadeen directly after the initiative was launched, “The initiative of the Houthi leader warmed the hearts of all Palestinian fighters and resistance members. Hamas asked one of the parties that has good ties with Sanaa to follow up on the initiative.”

Member of Hamas’ international relations bureau Bassem Naim told Turkey's Anadolu Agency March 25 that Saudi authorities began the trial of 62 Palestinians who live on its territories March 8; some have Jordanian passports. Naim noted that they were mainly accused of “supporting terrorist entities,” and he stressed that they did not commit any activities threatening the kingdom’s affairs or higher interests.

In the same vein, Palestinian resistance factions in Gaza welcomed the Houthi initiative, and the Islamic Jihad released a press statement, a copy of which was obtained by Al-Monitor, stating, “We appreciate Houthi’s announcement regarding the prisoner swap of Palestinians in Saudi Arabia in exchange for Saudi captives in Yemen. These Palestinians were held captive because of their stances and support for the resistance.”

The Popular Front for the Liberation of Palestine (PFLP) expressed its appreciation for the Houthi initiative and asserted in a statement March 26 that the initiative “is noble and courageous and reaffirms the authentic Yemeni stance that continues to support Palestinians and their struggle.”

The PFLP said the initiative “shows solidarity with the [Palestinian] national struggle, at the center of which is the Palestinian cause, despite the suffering of the brotherly Yemeni [people] due to the aggression against it and threats to the unity of its territories.”

Yet the Houthi initiative angered the Yemeni government. Yemeni Minister of Information Moammar al-Eryani tweeted March 28 that the Houthis’ initiative to exchange Saudi prisoners with Hamas detainees held by the kingdom is “a cheap trade and bid.”

He dismissed Hamas’ welcoming of the initiative as part of its loyalty to Iran. He tweeted, “Hamas’ acceptance of the Houthi initiative provokes Yemenis’ feelings and underlines the movement’s involvement as a tool for the Iranian project that is using the Palestinian cause as a slogan to achieve its expansion plans in the region.”

He added, “[Abdel Malek] Houthi’s swap deal is refuted by all the terrorist practices of his militia on the ground, from killing thousands of Yemenis to abducting and torturing others, destroying houses and mosques.”

Ibrahim al-Madhoun, a political analyst close to Hamas, believes that Hamas was surprised with such an initiative. “I don’t think there was previous coordination between Hamas and Houthis," he told Al-Monitor.

He added, “Hamas is under huge pressure [to release] the detainees in Saudi Arabia, and it saw the initiative as a personal one that might remind the public opinion of the detainees’ case.”

Amman-based political analyst and expert on Islamic affairs Hassan Abu Haniyeh told Al-Monitor that relations between Hamas and Saudi Arabia have reached their worst level yet for no clear reason. He said, “Hamas is being pragmatic, and it did not jeopardize the Saudi interests in the region. Hamas has to benefit from the resistance axis, given the abandonment of Gulf and Arab countries for it in favor of US interests, mainly the deal of the century (the US peace plan) that it was opposed to.”

Relations between Hamas and Saudi Arabia have been tense because of Hamas’ loyalty to Iran. Besides, Hamas enjoys the support of Qatar, which has faced restrictions from Saudi Arabia and strong Arab states, including the United Arab Emirates and Bahrain that severed ties with it because of its support for Islamist groups and Iran.

Abu Haniyeh believes the absence of an official response from Saudi parties to the initiative points to the kingdom’s disinterest in the matter. He noted, “Houthis’ initiative is a pressure card on Saudi Arabia in front of the public supporting the Palestinian cause, especially in the kingdom. But Saudi Arabia does not want to appear weak or pressured into releasing detainees.”

Yet Saudi Ambassador to Yemen Mohammed al-Jaber announced March 30 that Riyadh had invited Houthi representatives to peace talks in Saudi Arabia with the internationally recognized Yemeni government. According to Jaber, the Houthis have yet to respond to the offer.